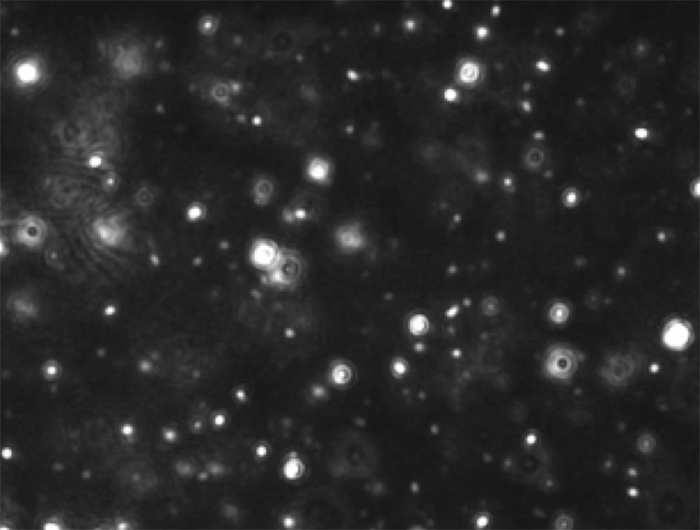 LAWRENCE — Today, doctors can tailor a drug therapy to your unique genetic profile, giving you the full benefits of a drug while reducing unwanted side effects — all in harmony with the blueprints of your biology.

But problems remain in the push toward “individualized medicine.” For instance, genetics alone don’t account for a patient’s age, history of diseases, personal habits or environmental exposure. Does a patient smoke, drink alcohol excessively or have other ailments that should alter a planned treatment? While such factors should be taken into account, today in the lab they can only be established via an invasive liver biopsy or testing with a complicated cocktail of drugs.

Now, through a new $30,000 grant from the J.R. & Inez Jay Fund, researchers at the University of Kansas and Children’s Mercy Hospital in Kansas City are investigating how to tailor drug therapies using exosomes — nanoscale sacs full of biomarkers like lipids, proteins and nucleic acids found in bodily fluids — that can be used to achieve a noninvasive “liquid biopsy.”

“We believe this is a way to capture those changes induced by smoking use, alcohol use and disease status of patients because those activities change enzyme expression in the liver, which will be reflected in the exosome expression by the liver,” said Michael Wang, associate professor of pharmaceutical chemistry at the University of Kansas’ School of Pharmacy, who is leading the new research effort.

When produced in the liver, exosomes hold a wealth of data about a patient’s history of disease and environmental exposure, and they can be acquired noninvasively.

“An exosome is one kind of extracellular vesicles,” Wang said. “They’re secreted by cells into the environment. Exosomes are the little brothers of vesicles — from 30 to 150 nanometers in diameter — reflective of their cells of origin. They’re present in blood serum or even urine. They carry information people can use to make disease diagnosis and provide biomarkers for disease diagnosis or treatment monitoring. In our case, we want to use them to learn about individuals’ liver enzyme metabolism activity.”

“We do that with a protein called ASGR1 that has been shown to be a liver-specific protein,” Wang said. “We want to use it as a biomarker to capture exosomes from the liver and then quantify drug-metabolizing enzymes in the liver-derived exosomes. We think that will provide us with more precise information on the activity of the liver and avoid interference of exosomes secreted by the kidneys or intestines or other tissues.”

Blood plasma will be scanned for liver-derived exosomes using a specialized device dubbed a “lab-on-a-chip” developed by Yong Zeng, assistant professor of chemistry at KU. The microfluidic chip performs an enzyme-linked immunosorbent assay (ELISA) to isolate liver-derived enzymes from the blood. Once captured, exosomes will be counted.

“We’re using this technology to achieve final quantification of exosomal proteins in the blood,” Wang said. “It’s not present in high quantity, so we need the best sensitivity to detect these proteins.”

Wang is collaborating with Steven Leeder of the Department of Pediatrics at Children’s Mercy Hospital in Kansas City, who has collected plasma samples from pediatric patients from ages 9-18 and phenotyped them to establish a relation between the patient’s genetics and activity of a liver drug-metabolizing enzyme.

To build a proof-of-concept, Wang will analyze the pediatric plasma using the exosome technique on de-identified samples to see if the results align with traditional analysis.

“It’s a pivotal study that will translate our research into a clinical application to demonstrate if we can use exosome levels to predict levels of drug-metabolizing (liver) enzymes in pediatric patients,” said Wang.

The new exosome-based technology could be especially useful in developing personalized medical treatments for children and teens, Wang said.

“Beyond genetics, there are layers of complexities during development from childhood to adolescence to adulthood, and a number of enzymes in the liver whose expression and activity changes during these ages,” he said. “You can’t use genetics alone to capture these changes — during this stage there is more individual variability in enzymes, so there’s a bigger need to capture that information with that special population.”

The researchers aim to develop the technology and conceptual basis to later compete for funding from the National Institutes of Health to hone their test for individuals’ drug-metabolizing (liver) enzyme activity.

“Too much information is not captured by genotyping right now, so we think exosomal methods provide a way for us to get a handle on this information,” Wang said.

KU in the news
The Washington Post — Mon, 02/03/2020
Vladimir Putin follows a long Russian tradition of enlightened autocrats
National Public Radio — Sun, 02/02/2020
Making Super Bowl guacamole? Be careful to avoid the pits of an avocado hand injury
A @KUHistoryDept professor documented his quest to consume as much funazushi as possible. 🍣🥢 #KUdiscoveries https://t.co/qbez25f8Pa
«»
Follow us on Twitter »
Why KU
Apply »
One of 34 U.S. public institutions in the prestigious Association of American Universities
44 nationally ranked graduate programs.
—U.S. News & World Report
Top 50 nationwide for size of library collection.
—ALA
5th nationwide for service to veterans —"Best for Vets: Colleges," Military Times