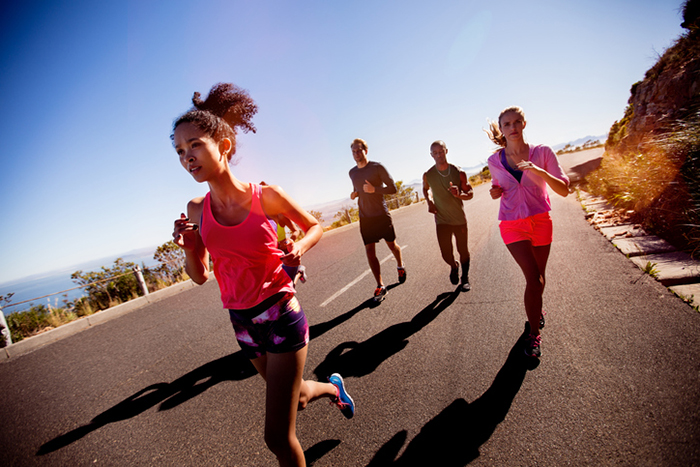 “There’s a particular type of task called ‘delay discounting’ that presents individuals with a series of choices between ‘smaller/sooner’ and ‘larger/later’ rewards,” said Michael Sofis, a doctoral student in applied behavioral science at the University of Kansas, who headed the study. “It’s something we all experience in our lives. Do you want a little money now — or wait and get a lot of money later? The degree to which one chooses that smaller/sooner reward is called impulsivity, and that has been linked to obesity problems, gambling and most forms of substance abuse.”

According to Sofis, a change in one’s ability to value future events might keep maladaptive behavior in check and increase the likelihood of making healthy choices. He designed a pilot study, and a subsequent larger study, to see if exercise could trigger changes in delay discounting.

“There’s a lot of neuroscientific evidence that suggests mood-altering effects of physical activity could change how you make decisions,” said Sofis. “There are a variety of proposed biological and neurological mechanisms and different effects for people with different genetic profiles linked to mental health issues. Studies say if I have a genetic profile linked to higher rates of depression and anxiety, I’m more likely to get benefits from physical activity.”

Sofis and KU co-authors Ale Carrillo and David Jarmolowicz recruited participants and instructed them to walk, jog or run laps on a track at “individualized high and low effort levels” and recorded participants’ own perceived effort.

“We wanted to create an individualized, but still standardized approach,” Sofis said. “We had people rate their perceived effort on a scale of six to 20. Six would be just sitting on a couch — and 20 would be maximal exertion. We’d start them at levels of eight and 10, respectively. The idea is that we’d slowly shape them up to higher effort levels. For each person, the amount that they’re exerting is going to relate to amount they’re going to enjoy it.”

Participants’ perceived exertion was established before the study to establish a baseline measure, treatment was tracked for seven to eight weeks, and participants were also asked to self-report maintenance of increased exercise for an additional month. Delay discounting was tested before, during and after treatment, and during maintenance using a standardized 27-item delay discounting task called the Monetary Choice Questionnaire.

The researchers found statistically significant improvements in delay discounting were evident not only during the treatment phase of increased exertion but also that improvements were maintained a month afterward for the group.

“Our study is the first, to our knowledge, that shows maintained changes in delay discounting at follow-up,” Sofis said. “In our study, 13 of 16 participants kept their improved self-control.”

Sofis said the research helps strengthen emerging evidence that delay discounting can be altered. Due to links between discounting and many clinical issues, Sofis suggested that researchers and clinicians alike should attend to discounting as a treatment target.

“This is becoming important as a clinical treatment target,” he said. “If you could measure one outcome and potentially see a change, you should be able to see myriad other changes at once.”

For people showing problems with impulsivity or self-control, Sofis said the takeaway message is simple: Exercise could help.

“I had people of all different ages, BMIs, incomes and mental-health levels, and these studies suggested that nearly every single person at least improved their delayed discounting to some degree,” he said. “If anyone just exercises, it’s likely you will show some improvements. More evidence is needed to draw definitive conclusions, but it’s very encouraging to see people improving. Just show up and give it a go — it seems like people do improve. The encouraging part is we had individuals that were walking the whole time, people in their 50s or 60s, and people in their 20s who were very fit and running, it didn’t seem to matter. Nearly everyone did improve.”

Currently, Sofis is developing a smartphone application, dubbed “Your620,” allowing people to record exercise and delay-discounting changes, and hopes to hear from people interested in the app. He plans to earn his doctoral degree in May from KU, then look for postdoctoral research opportunities where he can perform further research on delay discounting.

“I’m hoping for opportunities doing similar things,” he said. “I’d like to expand into more translational and clinical studies, and larger controlled trials.”