LAWRENCE – Kansas Public Radio is hosting its first-ever Songwriters Showcase, an evening of music featuring local musicians Mr. and Mrs. Dodge, Heidi Gluck and Inside Baseball. The show, sponsored by Briggs Subaru, will be Saturday, Sept. 23, at Maceli’s, 1031 New Hampshire St. Doors open at 6:30 p.m., and the show starts at 7:30 p.m. Tickets are $10 at the door or $10.50 in advance at macelis.com.

Arthur Dodge of Lawrence band Arthur Dodge and the Horsefeathers and his wife, Meg Heriford (owner of the Ladybird Café), are teaming up for a rare duo performance. Dodge’s band performs indie ballads and rock and country tunes around the area. The duo plan to release their fourth album this year. 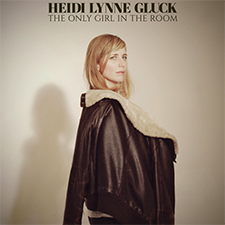 Indie folk singer-songwriter Heidi Lynne Gluck’s confessional lyrics and expressive arrangements can be heard on her two albums: her debut EP, The Only Girl in the Room, and her self-produced album Pony Show. In addition to composing and producing, Gluck is a prominent side player and session musician featured on more than 30 albums on background vocals, bass, guitar, piano, keys, accordion and lap steel.

Inside-Baseball is a brand-new project for Lawrence singer-songwriter John LaMonica. His Missouri St. Sessions release features autobiographical story-songs and can be found on his SoundCloud page. Look for his first full album, Outliers, to come out this fall.

Proceeds from the concert will benefit Kansas Public Radio, which sustained a $200,000 budget cut this fiscal year. Food and beverages will be available for purchase at the event.