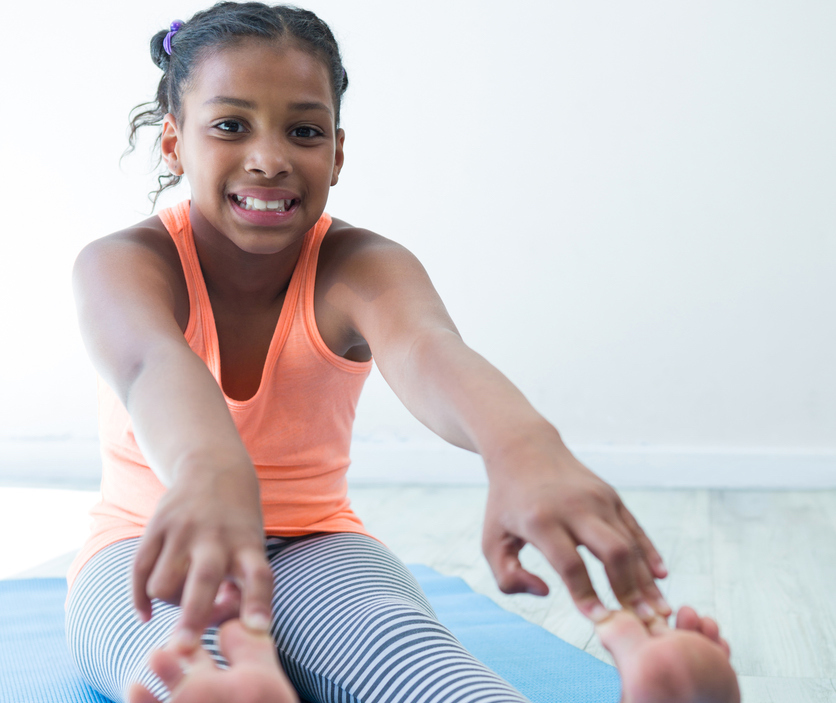 LAWRENCE — When it comes to activity in schools, physical education classes and recess have been the standard for decades. But a University of Kansas-led project has shown success in helping children and teachers get as much as 20 minutes of additional physical activity in the classroom with the aid of web-based exercise videos that get kids moving without disrupting the academic schedule.

Leon Greene, associate professor of health, sport and exercise science at KU, led a program funded by the American Council for Exercise that produced a series of 10-minute videos for use in a Kansas elementary school. The project produced eight videos, two each for grades two through five, featuring a physical education teacher leading 10 minutes of continual exercise. Measurements and observations showed the students took part in moderate to high intensity activity, were engaged in the activities, and teachers reported positive reactions to the programs as well.

The videos, made available online for the teachers, featured age-appropriate physical activity for each class, with those for the older grades being more challenging than the younger. They included brisk walking, toe touches, jogging and running in place, pushups, vertical jumps, squat jumps and marching in place.

“We asked the teachers to do them at different times during the day that were best for their schedule,” Greene said. “When the kids did them, they wore accelerometers we provided for each student so that we could measure the intensity of the 10-minute physical activity session.”

A scale, with 1 equaling lying down to 5 equaling very active, had mean scores of 4.5, 4.7, 4.8 and 4.6 by grade, respectively. The data supported moderate intensity levels of physical activity during the 10-minute video sessions. During in-class observations, Greene noted that students enjoyed following the physical education teacher leading them in physical activity, and eagerly followed the examples of their teachers, who also took part in the activities.

The students were also more focused in class following the bouts of activity and were ready to start the next academic lesson.

“The kids enjoyed it. When the teacher clicked on the website, they were standing,” Greene said. “A lot of people think when kids get active, they get hyper, but when it’s the right activity, they get focused.”

Research has shown that physical activity during the day is beneficial to students’ learning outcomes. It is recommended that elementary students have 150 minutes per week of physical activity. That number can be hard to attain with only a few physical education classes per week coupled with recess. Plus, certain units of PE may focus more on instruction and skill development than physical activity, and many kids simply are not physically active during recess.

The videos proved to be a convenient and effective way to add minutes of activity during the day.

Following the eight-week program, teachers completed a survey on the video:

Several of the teachers have continued to use the activity videos in their classes, Greene said.

Given the success of the program, researchers hope to be able to develop similar, age-appropriate videos for students in kindergarten and first grades, and potentially, to provide similar exercise videos for more schools. The key is providing instruction in an age-appropriate manner that is workable for teachers.

“The activities were something kids can feel successful doing. It turned out to be a positive, successful experience,” Greene said. “The teachers liked it because they didn’t have to get equipment or go anywhere, and 10 minutes doesn’t take a lot out of your day.”

The program showed great potential for increasing physical activity during the school day, which has both physical and educational benefits. It is increasingly important in a time when less emphasis is being placed on physical education classes. This type of physical activity delivery can also help young children develop healthy habits at an early stage of their lives.

“These videos, if developed properly, will increase movement and be something teachers will like,” Greene said. “We know that being physically active is a habit that can develop at an early age. This helps show children that you don’t have to go to the playground or a gym, you can also be physically active in a small space such as a classroom.”