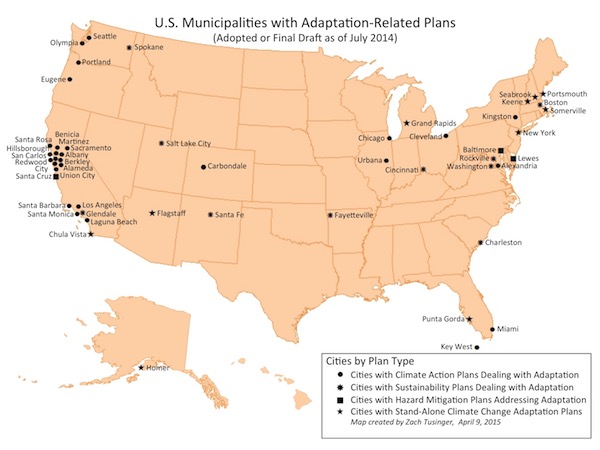 LAWRENCE — As U.S. cities begin planning to adapt to effects of climate change, local decision makers face difficult choices about how to even get started.

A new study led by a University of Kansas urban planning researcher sheds light on tradeoffs between taking a narrow approach focused on connections between climate change adaptation and reducing risks from hazards like hurricanes Harvey, Irma and Maria, and taking a broader approach connecting adaptation to a wide array of city functions. 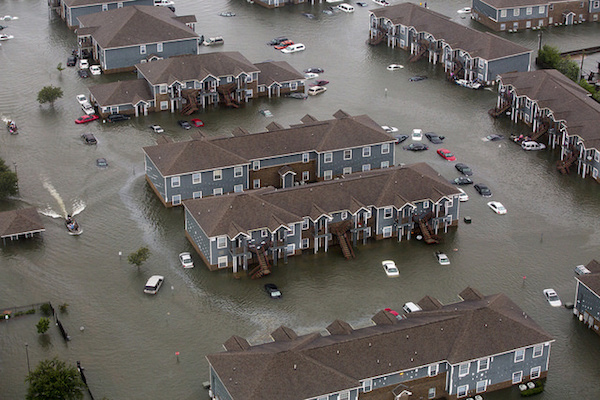 "Climate change impacts will be pervasive – forcing changes to transportation, housing, emergency management and countless other parts of our daily lives — and cities will need holistic strategies," said Ward Lyles, assistant professor of urban planning in the KU School of Public Affairs & Administration. "Our research identifies a paradox, however. Cities that begin with a narrower focus as part of planning for natural hazards appear to lay a stronger foundation for a more comprehensive approach down the line. Meanwhile, cities that start by tackling the comprehensive range of climate-related impacts initially may lack the focus needed to robustly address climate change impacts, like flooding and severe storms."

"Cities absolutely need to address climate change adaptation in a comprehensive manner for all city functions. It is tempting – and seems quite logical — for cities to try to eat the elephant in one bite and make all of the connections between climate change impacts right from the start," Lyles said. "But, we have identified clear benefits of starting narrowly with a focus on connections to natural hazards. Making broader connections still can come once this foundation is laid."

The findings could seem a bit counterintuitive to municipal planners and climate-change advocates because it might seem taking smaller steps would not be enough to make a dent in the massive challenges climate change presents. But Lyles said their study indicated starting smaller or in one area could set a clear foundation and likely made it easier to build momentum, especially since the Disaster Mitigation Act of 2000, with which federal law requires all cities and counties to have plans aimed at reducing risks from natural hazards to be eligible to receive certain federal disaster relief funds.

"We saw two key strengths of narrower scoped plans," Lyles said. "First, they typically made explicit connections to more of the land use, transportation and other related plans cities already have adopted. Second, they typically include more policies aimed at steering development out of known hazardous areas into safer areas."

Another key contribution of the work is that the researchers created a comprehensive database of and mapped the 51 U.S. cities that have adopted climate change adaptation plans. A majority are clustered in California and New England, which are typically more politically liberal-leaning areas. Cities outside those regions that have adopted similar policies also tend to be in areas with politically liberal leanings.

"Among that huge swath of places in the southeastern U.S getting drilled by hurricanes this year only four cities have climate adaptation plans," Lyles said. "For a long time, cities on the West Coast and the Northeast have been the clear leaders in climate change planning as the federal government and most states have dragged their heels or put their heads in the sand. With wake-up calls like hurricanes Harvey, Irma and Maria coming in quick succession, a lot more cities are going to wake up to the challenge and take initiative as well. And they are going to ask: What's the best way to start climate change adaptation planning?"

This work aims to more clearly frame for decision makers the tradeoffs they face in allocating staff time and resources. Lyles emphasized that there is no one-size-fits-all approach and, as adaptation planning is still in its infancy in the United States, local governments will continue to seek considerable innovation and experimentation on this front.

Photo: U.S. Customs and Border Protection, Air and Marine Operations — along with multiple other agencies and civilians — provide support on Aug. 30 in Beaumont, Texas, to residents that experienced flooding heavy flooding after Hurricane Harvey hit the area. A study led by Ward Lyles, assistant professor in the Urban Planning Department in the KU School of Public Affairs & Administration, uncovered the benefits of cities taking a narrow approach to focus on connections between climate change adaptation and reducing risks from hazards like hurricanes Harvey, Irma and Maria.  (Photographer: Donna Burton, U.S. Government work)