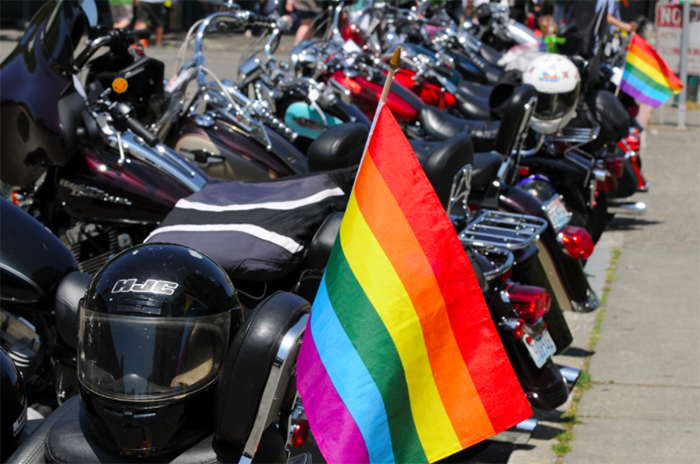 LAWRENCE — The public tends to overestimate the American gay and lesbian population, and those who do so are less likely to support equal rights measures, according to a new study by two University of Kansas political scientists.

However, the researchers found the higher estimations are not because the majority group felt explicitly threatened by the minority group — in this case, gays and lesbians.

"The pattern suggests that we don't automatically feel threatened by a minority group, but if we perceive the minority group to be large, we respond in ways that would tend to restrict or push down the minority group," said Don Haider-Markel, professor and chair of the Department of Political Science.

Haider-Markel and Mark Joslyn co-authored the study recently published in the Journal of Homosexuality. It moved beyond existing research that tended to be limited to smaller jurisdictions, and the KU researchers employed data from two nationally representative surveys.

"What the literature often ignored was whether in fact these estimates mattered," said Joslyn, also a professor of political science. "We show that in fact they do matter for support of policies related to the minority group."

They examined 1977 and 2013 surveys of American adults that asked questions about the national gay and lesbian population. Researchers estimate actually 3-6 percent of the U.S. population identifies as gay or lesbian, though one estimate suggests as high as 10 percent.

The KU researchers found the public tended to consistently overestimate the size of the gay and lesbian population both in 1977 and 2013, even though the social and political landscape has changed dramatically over those years. In 2013, for example, the average response on a population estimate was 23 percent, and in 1977, it was in the range of 10-19 percent.

The researchers also found that members of groups that tend to perceive gay people as threatening, such as Republicans or those in religious groups, are no more likely to provide higher estimates of the gay population than members of other groups.

However, those groups that did exhibit a "threat perspective" of the gay population were less likely to support employment protections and legal same-sex marriage, for example, the researchers said.

The findings could influence how advocates of political movements operate.

"Those who advocate for policy that protects minorities should educate the public about the size of the population under consideration," Haider-Markel said.

The KU researchers have found similar patterns in their examination of the gun-owning population as well, they said.

"We suggest there are a host of other minority populations not yet examined but nevertheless important politically. We also believe the public is equally poor at judging the size of majorities," Joslyn said. "Whether estimates of majority are close to accurate and whether they matter for support of relevant policies is another question for future research."