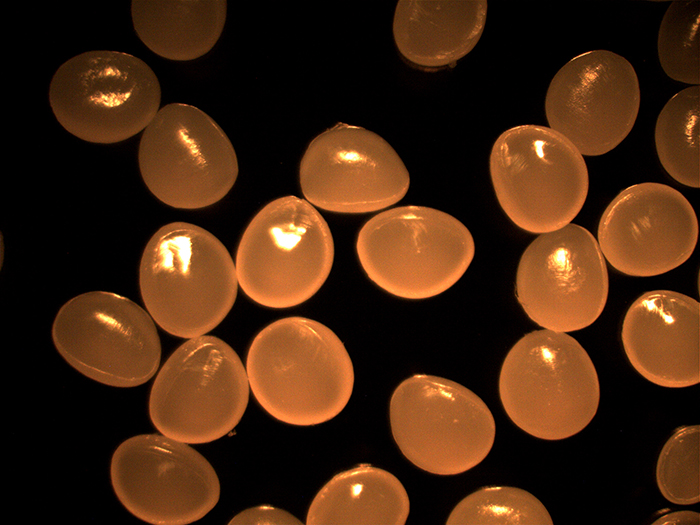 LAWRENCE — A 2015 U.S. federal law banning tiny plastic beads in some exfoliating products left many sources of microplastics unaddressed. Today, microplastics — bits of plastic under 5 millimeters in size — in cosmetics, cleaning products and clothes still pollute U.S. waters and build up in oceans.

Indeed, one recent research paper estimated that by 2050 the weight of all plastics in the world’s oceans will equal that of all fish. Unfortunately, in both freshwater and saltwater plastics leach toxins and spread harmful microbes throughout aquatic ecosystems.

“Everyone is really reliant on plastics in their daily life,” said Belinda Sturm, associate professor of civil, environmental & architectural engineering at the University of Kansas. “We tend to think about pollution from the plastic that we can see — but we’re putting out a lot of tiny fibers from clothes washing and personal care products, and those accumulate in our environment and climb up in the food chain because they’re small enough to be consumed by zooplankton and fish.”

Now, Sturm is leading a three-year $300,000 effort supported by the National Science Foundation to identify how plastics are transported into waters, and she hopes to reduce harm to marine ecosystems by engaging municipalities through a full-scale sampling campaign and web-based database that is publically accessible. 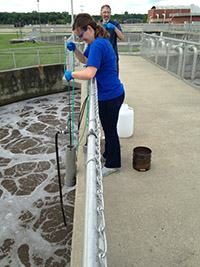 According to the KU researcher, microplastics enter water systems in large part through municipal wastewater treatment plants that handle water from household and commercial drains. But scientists haven’t yet accurately estimated the amount of microplastics that enter the environment through U.S. municipal wastewater treatment plants. Sturm hopes the new investigation will change that.

“We’re going to be partnering with utilities across the county, and they’re going to sample their wastewater treatment plants, and we’ll quantify plastics release at wastewater treatment plants,” she said. “We’ll utilize an EPA database that shows how much flow is released by all plants in the country, and we’ll use our measurements and this database of wastewater discharges to come up with national release estimate.”

Sturm said that wastewater treatment plants generally don’t make a special effort to remove microplastics from the water they handle.

“Right now, they’re not regulated or purposely removed from the water at all,” she said. “If they’re removed — it’s just happenstance.”

Thus, microplastics can enter the environment as part of plants’ effluent discharge directly into water ecosystems, or they can be included in “biosolids” that plants usually put into landfills or spread on agricultural lands as fertilizer. 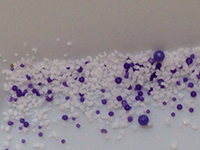 “Biosolids, depending on the treatment plant, can be land applied,” Sturm said. “In this study, we’re going to be determining if those plastics just end up going into our waterways as runoff — that’s a roundabout way for our water to be contaminated.”

Once in the water, plastics damage aquatic life and eventually harm human beings, according to Sturm.

“These plastics can absorb other chemicals and can act as a carrier for drug release through the environment,” she said. “They can absorb microbial communities — a microbial community carried on plastic can be transported much farther than they otherwise would. From a human health perspective, microplastics can be consumed by aquatic organisms and move up the food chain — and eventually be eaten by humans.”

Sturm and her KU engineering colleagues, including Associate Professor Edward Peltier and several graduate and undergraduate students, will conduct experiments at the KU Biological Field Station to discover the extent to which microplastics in biosolids make their way back into the water due to agricultural runoff driven by rain.

At the same time, the researchers will work with municipal utilities throughout the U.S. to conduct sampling that will give a better estimate of the amount of microplastics present in their effluents and biosolids. Sturm said the data would offer the most complete picture of microplastics contamination from U.S. sources.

Simultaneously, Sturm will test whether biofilms containing “extracellular polymeric substances” or EPS could help to clean water of more microplastics at wastewater plants.

“Biofilms are just basically when you have microorganisms growing on a surface,” Sturm said.

“We think when there is more EPS in the system we will get better removal,” she said. If I prove that to be true, then we can investigate how to get microorganisms to produce more EPS. If I can control that with engineering design and operation, I can improve removals.”

The research also will allow for outreach to K-12 students to build awareness of microplastics and their adverse effects on aquatic life. Additionally, the researchers will prepare educational materials for Girl Scouts seeking their water badge.

Sturm hopes her work will influence managers of water treatment plants as well as policymakers. As for everyday people, Sturm said they should be conscious of microplastics in the products they buy, although she noted a lack of labeling can make that a challenge.

“We can use our consumer choice,” she said. “Not all personal care products are going to be banned that have microplastics — but its’ really hard for a consumer to know which products have these and which don’t because labeling isn’t required. So there’s a limited ability for consumers to make that choice. But we can choose natural-fiber clothing, instead of synthetic materials.”

Photos, at top and bottom right: Examples of microplastics, which are bits of plastic under 5 millimeters in size. At top right, high school teachers Sara Hettenbach and David Bennett performing microplastic extraction under the NSF RET program.