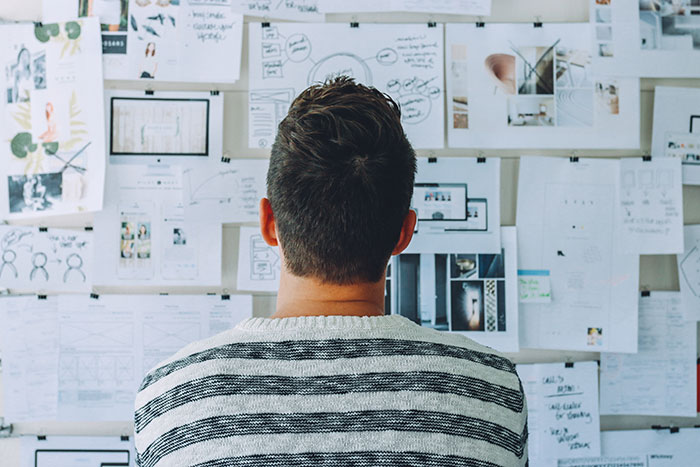 LAWRENCE — In recent decades the field of evolutionary psychology has — though not without controversy — become popular as a means to understand thinking and decision-making.

Works by author Steven Pinker and others have examined how selective pressures have shaped our minds and efforts to survive and reproduce. Critics consider that evolutionary psychology's explanations are too simplistic in trying to describe a complex phenomenon. However, a University of Kansas philosopher's research points to a middle ground in this dispute. 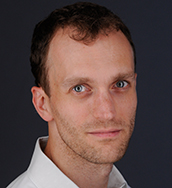 "In many ways, I'm trying to find that middle line between those critics who say evolutionary psychology is junk or biology gone wrong and those who say this is the only way to do psychology," said Armin Schulz, associate professor of philosophy and author of the new book "Efficient Cognition: The Evolution of Representational Decision Making."

Representational decision-making occurs when an organism's response to something is not simply a reaction triggered by a perception in the environment. Instead, the organism uses a high-level mental state to manage interactions within its environment.

Schulz said a passage from Jane Austen's 1813 novel "Pride and Prejudice" makes this idea clear. Despite perceiving William Collins to be "neither sensible nor agreeable," Charlotte Lucas still accepts his marriage offer, as she thinks that matrimony "was the only honorable provision for well-educated young women of small fortune." 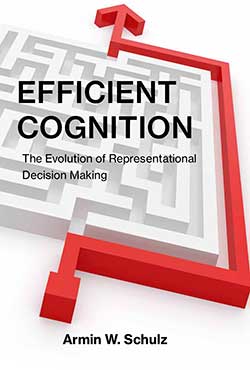 He said Lucas' deliberative, detached decision differs very strongly from the behavior of many other organisms. For example, cleaner ants of the species P. barbatus, which will carry any object — living or dead — to the refuse pile if that object smells of oleic acid.

In his book, Schulz tackles the question of why humans — and perhaps other organisms — switched how they made decisions away from the reflexive behavior of the cleaner ant and on to the more deliberate way of Charlotte Lucas.

Schulz's answer turns on the idea that mental representations can enable an organism to save cognitive resources and adjust more efficiently to changed environments. In some circumstances, organisms relying on mental representations can make decisions with less need for concentration and attention than purely reflex-driven organisms, like the P. barbatus ants. Representational decision-makers can also have an easier time switching their behavioral responses as their environment changes because they are not as set in their ways.

Schulz said this can apply to a number of open questions in psychology, economics and related areas. For example, there has been a lot of debate among researchers regarding the rules people use when they make various decisions. This is often framed as a question of whether people always rely on a very general decision rule — such as maximizing utility — or if they rely on a handful of more simple rules, like "just go with what you know."

"My picture can clarify what's going on," Schulz said. "We expect people — and animals — to use different decision rules in different circumstances. Sometimes they will look to maximize utility and sometimes to just pick the simplest option available."

He said his research can also help clarify when organisms do one or the other.

"If you have a face-to-face interaction with someone in the moment and someone asks you, 'Do you want to do this?' My evolutionary perspective suggests that we will rely on more simple decision rules for that," Schulz said. "By contrast, more long-term decisions — like who to marry and what career to go into — tend to be adaptively taken in a more utility-maximizing mindset."

He said this shows how an evolutionary framework can be useful for researchers in psychology, biology and economics who are examining the effects of the environment on people's behavior. However, this usefulness needs to be supplemented with detailed psychological and economic analyses. This is crucial at a time when there are two camps — one strongly supportive and one very negative — regarding the usefulness of evolutionary psychology, he said.

"Evolutionary biology has a role to play in psychology, but it's a limited role. It can do some things, but it can't really solve all of those questions," Schulz said. "It can provide some pieces of the overall puzzle, but it doesn't assemble the whole picture."