LAWRENCE — Five faculty members at the University of Kansas will receive 2018 University Scholarly Achievement Awards recognizing significant scholarly or research achievements for scholars in the middle of their careers.

Chancellor Douglas A. Girod will host an awards program that will be open to the public. It is scheduled for 4:30 p.m. April 23 in the Commons at Spooner Hall. A reception will follow the program.

The program is part of two weeks of activities surrounding Girod’s inauguration. For a complete list of events, visit inauguration.ku.edu.

Andrew Torrance, professor of law, served as the chair of a committee that reviewed nominations from research colleagues. The award recognizes either a truly outstanding scholarly or research contribution, or a series of closely related contributions.

“These five scholars have made substantial contributions to their various fields, and have embraced KU’s mission to make discoveries that change the world,” Girod said. “They provide inspiring examples of how our faculty works each day to improve our state and our society, and I’m proud to help celebrate their achievements.”

This is the eighth year KU has presented the awards. For details, visit the University Scholarly Achievement Awards webpage.

More information about this year’s recipients is below. 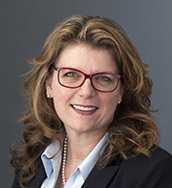 Kathleen Lynne Lane has been on the faculty at the School of Education since 2012. She is a prolific scholar and is widely viewed as the expert in early identification and interventions for students with emotional and behavioral disorders. She was a secondary special education teacher before earning her doctorate, and her research reflects her commitment to improving student outcomes by supporting educational systems and empowering teachers. She has collaborated with Wendy Oakes from Arizona State University and Holly Menzies from California State University, Los Angeles, to forge strong partnerships across the country including Lawrence Public Schools’ leaders. They secured funding from the Institute of Educational Sciences to implement and investigate comprehensive, integrated, three-tiered (Ci3T) models in LPS to meet students’ academic, behavioral and social needs in K-12 settings. 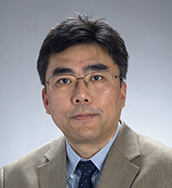 Xiaogang Li has been on the faculty at KU Medical Center since 2012. Since then, his research discoveries have made significant contributions in the field of polycystic kidney disease (PKD). This medical condition is the most common life-threatening genetic disease in adults. There is no approved therapy for PKD in the United States. Li’s work is dedicated to understanding the mechanisms by which PKD progress with a view toward developing a treatment for this debilitating disease. One of his major contributions is the discovery that inflammation and abnormal epigenetic regulation constitute the major causes of PKD progression. 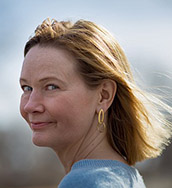 Laura Moriarty, who joined the KU faculty in 2008, is the author of five novels, all published by prestigious presses. Her novels focus on the stories of Midwestern women of varying ages and economic classes and historical contexts. “The Center of Everything” was selected as the KU Common Book for 2014-15. “The Chaperone” was published in 2012 to critical acclaim, was featured on the New York Times best-seller list and translation rights have been sold in multiple countries across the world. It has been adapted for the screen and will soon be aired as a PBS Masterpiece feature film. Moriarty's latest novel, "American Heart," was released in January 2018. 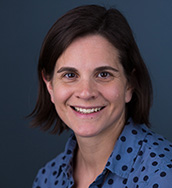 Leigh Stearns, on the KU faculty since 2009, focuses her research on understanding how ice sheets and climate interact over different timescales. Her approach to this complex problem incorporates field-based and satellite remote-sensing measurements into numerical models, and it has made her a leader in her field. She has published in the best journals in her field, including Nature Geoscience and Geophysical Research Letters. Her research has attracted $3.34 million in grant funding to KU, and she has already been recognized with a National Science Foundation CAREER award and many other grants from the NSF, NASA and other federal agencies and private foundations. 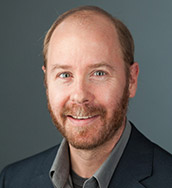 Jon Tunge has been on the KU faculty since 2002. A major focus of his research is the development of strategies to harness the inherent energy in molecules to promote reactions, allowing research to avoid the use of high-energy reagents that are often toxic and expensive. In doing so, the production of new molecules is rendered more efficient and toxic waste is minimized. He is a key member of the Center for Environmentally Beneficial Catalysis, and his research contributed to a $4.4 million jointly funded NSF/EPA multidisciplinary grant aimed at reducing the environmental effects of commodity chemical synthesis. He has received a $1.3 million NIH award and an NSF CAREER award in addition to a Kemper Teaching Fellowship for his teaching excellence in 2009.