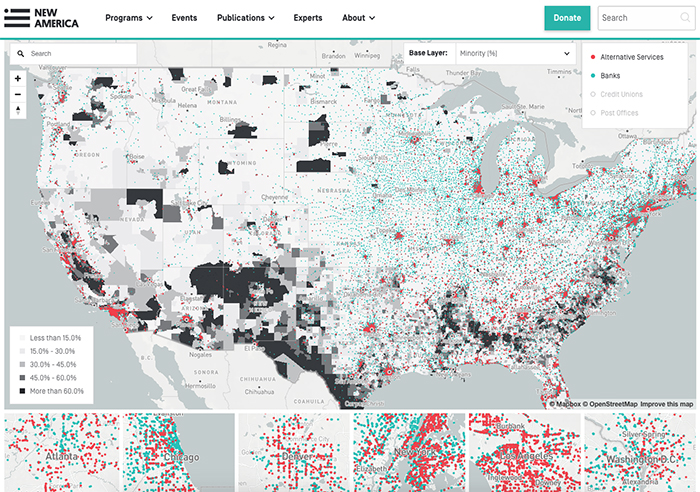 LAWRENCE — Across the country, affordable checking is becoming a thing of the past. Bank of America recently ended its free online checking account offer, but “main street banks” and small institutions are taking similar measures. A report co-authored by University of Kansas researchers shows that a majority of American banks are failing to offer safe and affordable checking accounts, missing industry standards and shutting some out of the financial mainstream. 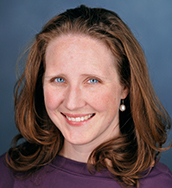 Terri Friedline, assistant professor of social welfare and director of financial inclusion in the Center on Assets, Education and Inclusion in KU’s School of Social Welfare, led a study to assess whether banks are offering safe, affordable checking to all consumers. The results show that very few do, while many charge high rates and overdraft fees. The study also found that bank staff are often allowed to use discretion in whether to charge overdraft fees. The study assessed if low- to moderate-income consumers could afford checking accounts and if banks were meeting 2017-18 Bank On National Account Standards.

The study analyzed survey data taken from a random sample of 1,600 American banks created by the FDIC. The banks were asked about their retail strategies and approach, including:

The report was part of Mapping Financial Opportunity, a project led by Friedline and Mathieu Despard, executive director of the University of North Carolina-Chapel Hill’s Center for Community Capital. Friedline and Despard authored the study with Rachael Eastlund and Nikolaus Schuetz, research assistants at AEDI.

Chief among the findings were the facts that most banks do not have a basic, entry-level checking or transaction account that meets the full set of safe and affordable features outlined in the 2017-18 Bank On National Account Standards. Moreover, representatives such as branch managers and tellers struggle to describe their banks’ overdraft policies and that they often use discretion in deciding when to charge overdraft fees. The findings showed, in terms of entry-level checking:

Fifty-six percent of bank representatives said they use discretion when deciding overdraft charges. Some reported they would waive the fees if the transaction was made at a grocery store but not if it was made at a casino, Friedline gave as an example. The problem is inconsistency in deciding when to charge the fees and what types of purchases are legitimate.

“The bank employees making the decisions were using moral judgments. And people of color and lower-income white people are often perceived to have some moral failing,” Friedline said. “And discretion based on moral judgments can be a slippery slope to discrimination.”

The result of shutting people out of banking and the financial mainstream can be the perpetuation of poverty. The financial system touches nearly all aspects of life, be it making purchases with cash, debit, credit or using food stamps. To live a full, dignified life, individuals must be at least allowed access to the financial system, Friedline said. However, substantial costs and fees make that difficult. In addition, the survey found that only about 29 percent of banks offer services in more than just English, and about 60 percent offer hours beyond the standard weekday. That can make entering the system difficult for non-English speakers and those working jobs outside of the traditional 40-hour week, thereby exacerbating the disadvantages these populations face with the financial mainstream.

Furthermore, the survey found very few banks offer second-chance accounts and about 95 percent use screening agencies to determine if they will offer an individual an account. People who have had accounts closed for multiple overdrafts or other reasons are entered in a database that banks can access and use as a justification to only offer accounts with exorbitant costs and fees, if they offer one at all. There is also evidence banks have used that information to discriminate against Native and immigrant communities and close accounts based on fraudulent activity, Friedline said.

While banks volunteer to meet the Bank On Standards set by the industry, there is no penalty for not meeting them. The solution lies in policy and legislation to ensure access to the financial mainstream for all and imposing incentives or enforceable penalties for institutions that do not meet safety and affordability standards, Friedline said. She and colleagues are continuing research into the survey data to learn more about the extent of discrimination across racial and community lines, as well as further understanding the discretion tellers and managers use in regard to overdraft fees.

Excluding people from the financial mainstream can hurt the larger economy by preventing people from fully participating in and contributing to the economy.

“If you don’t have the money or privilege to buy your way into the financial mainstream now, you might not ever be able to,” Friedline said. “Especially if that initial $25 deposit is an amount that has to stay in the account. This is one more example of how it can be expensive to be poor.”

Image: Mapping Financial Opportunity is a project led by Terri Friedline and New America that details the availability of financial products and services across the United States. Credit: New America Foundation.