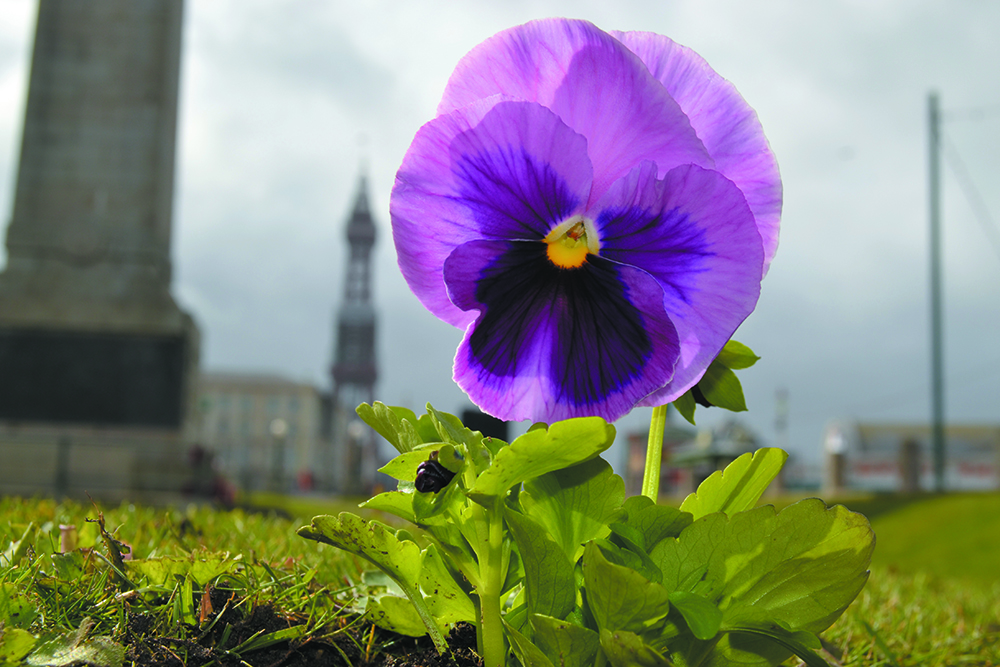 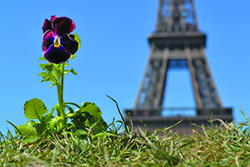 Since 2005, Harfleet has been planting pansies at sites of homophobic abuse, where he then takes a photograph of the pansy, names the image after the abuse that occurred and posts it to his website.

“I’ve yet to visit a place where homophobia hasn’t occurred,” Harfleet said. “The nature of homophobia is so complex I sometimes feel that the longer I make work on this subject the less I know about the motivations and impacts it can have.”

Harfleet will begin his visit to Lawrence by giving away pansies to passers-by from 1-3 p.m. Thursday, April 5, in front of the Kansas Union. Later that day, from 5:30-6:30 p.m., the Spencer Museum will host the premiere of Harfleet’s short documentary “Pansies,” which explores the history of The Pansy Project. Following the premiere of “Pansies,” Harfleet will read from his children’s book “Pansy Boy,” which tells the story of a boy who stands up to bullies at his school. Copies of “Pansy Boy” will be available for purchase and for Harfleet to sign. 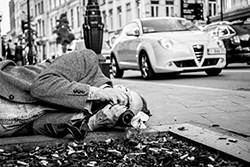 Joey Orr, Andrew W. Mellon Curator for Research, said he had followed Harfleet’s work for many years and was excited to share it with the Lawrence community.

“I have always been moved by the reparative nature of Paul’s work. He uses his research to undo harm,” Orr said. “His work with pansies aligns perfectly with the ‘Big Botany’ exhibition.”

During Harfleet’s visit he will plant pansies to mark sites of homophobic abuse around Lawrence. Harfleet will lead a pansy planting tour of three sites on campus from 2-4 p.m. Friday, April 6.

Harfleet’s visit is co-sponsored by the KU Center for Sexuality and Gender Diversity, the Department of Women, Gender & Sexuality Studies, KU Student Senate, Friends of the Art Museum, the Linda Inman Bailey Exhibitions Fund and the Sunrise Project.