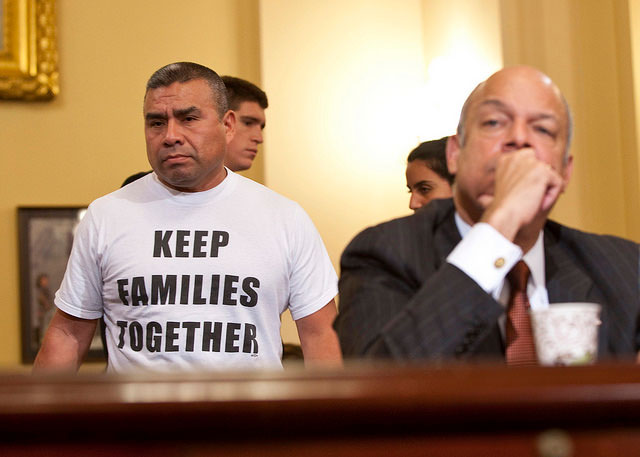 LAWRENCE — A two-decade trend of immigrant criminalization has seemingly peaked with the 2017 Trump administration executive orders, and it has altered the context in which immigrants live well beyond border states, according to new research by University of Kansas scholars. 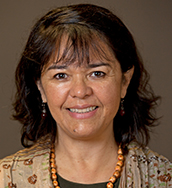 The Social Currents journal has published the group's findings based on interviews with Guatemalan immigrants in Kansas and their analysis of the recent immigration-related executive orders. In one of their major findings, the Latino immigrants in Kansas talked to the researchers how they now feared interacting with many institutions and other aspects of the community at the risk of being detained or deported.

"This is very important, as fears and especially fear of contact with institutions can have serious multigenerational consequences," said Cecilia Menjívar, Foundation Distinguished Professor of Sociology and co-leader of the KU Center for Migration Research. "This happens when immigrants are afraid to access various institutions such as medical care, education or the police to seek these services for themselves or their children."

Since the mid-2000s, states and local jurisdictions had become increasingly involved in immigration enforcement with varying levels of cooperation with the federal government that resulted in a type of patchwork enforcement across the country, but Menjívar said the Trump executive orders — which facilitated a massive expansion of the definition of criminal behavior for immigrants, leading to increases in apprehension, detentions and deportations — minimized these differences in state-level enforcement.

"Today, tough enforcement strategies are no longer confined to only a few states. The executive orders have expanded them to all localities. This is why we have seen an increase of 40 percent in detentions inside the country," she said. "This ultimately leads to an environment of fear among immigrants and their families but also reproduces discrimination among folks who 'appear' or 'look' undocumented, even if they are U.S. citizens."

She added the 2017 executive orders did not create a new infrastructure for this type of climate but built and amplified what was already there given actions of previous administrations as well.

In their interviews, the Guatemalan immigrants in Kansas told the researchers about their fears and uncertainty surrounding their ability to stay in the United States, which could lead to indefinite separation from their families and children.

One spoke of being afraid to even take out the trash and essentially remaining locked inside the house.

Prior to 2017, many of the immigrants interviewed knew they could be apprehended and deported but they felt they could live their lives under the radar, Menjívar said.

A key effect of these changes in attitudes means fewer immigrants will engage with strangers or social institutions, the researchers said. This could have intergenerational effects on their children's well-being or ability to earn an education, they said.

"For instance, if immigrants are afraid of the police they may not be comfortable calling the police for help when they are victimized. Thus, this could lead to isolation and also vulnerability of exploitation," Menjívar said. "It also endangers everyone else, as police need the collaboration of individuals in order to carry out their work, and the same with schools and medical services. Having a significant population that lives in fear has negative consequences for the rest of society."

Despite the element of fear in their lives, many Guatemalan immigrants also spoke of hope after recent initiatives to bring awareness to immigrants, including the Day Without Immigrants 2017 boycott and strike intended to highlight contributions of immigrants to U.S. business and culture.

"The reason why these initiatives are important is because they highlight the importance of inclusion and of integrating immigrants in society rather than excluding them," Menjívar said. "These efforts are critical to counteract narratives by politicians and policymakers transmitted in the media as 'truth.' Initiatives by immigrant rights groups usually bring in data and evidence-based arguments to respond to hostile narratives."