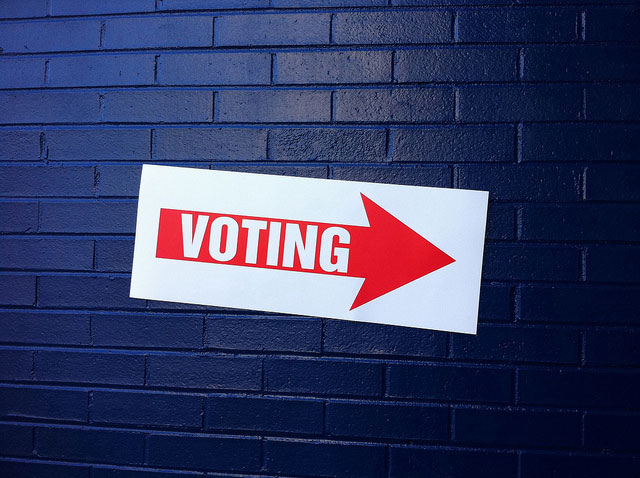 LAWRENCE — Much of the narrative surrounding Donald Trump's surprising 2016 election victory has focused on economically stressed voters in Rust Belt states — feeling forgotten by both major parties and fretting over globalization — who rallied behind an outsider pushing for change.

But an analysis by two University of Kansas sociologists found instead that white voters who supported Trump did so mainly because they shared his prejudices — not because they were worried about their finances. Among the legions of "white working class" voters who are often stereotyped as the core of Trump's base, millions, the sociologists say, voted against Trump because they opposed his negative attitudes toward minorities, immigrants, Muslims and women.

"People who voted for Trump did not worry more about their personal finances than white voters who supported other candidates," said David Smith, professor of sociology. "Economic worry doesn't help us distinguish between the two camps."

In March the journal Critical Sociology published the findings by Smith and Eric Hanley, associate professor of sociology. They used American National Election Studies data on 1,883 presidential election voters, of whom 52 percent supported Trump. The researchers examined voting behavior along five demographic lines — with respect to gender, education, age, marital status and income — and in connection with a dozen attitudes, including biases and the wish for a domineering leader who shares their biases.

"A lot of what has been said about the election so far has been guesswork, and sometimes stereotypes are brought to bear. A lot of the conversation has revolved around the Rust Belt and the white working class," Smith said. "But when we looked at attitudes and population variables at the same time, we found that the strongest effects came from attitudes."

It's true, Smith said, that the attitudes that inspired support for Trump are more common in some groups than others. Married, older, male and less-educated white voters were all more likely than average to support Donald Trump.

But the reason for that trend, Smith and Hanley found, is that Trump-like attitudes were more widespread in these groups. Younger, college-educated, unmarried and female voters who agreed with Trump also voted for him in large numbers, while many married older white men with college degrees voted against him.

"We're not trying to tie everything up with a ribbon and say it's just one thing. What we found is that the vote was a complex reality in which many factors played a part, above all, attitudes," Smith said. "And one of the attitudes that stood out statistically was a wish for a domineering leader who would 'crush evil' and 'get rid of the rotten apples' who disturb the status quo."

The researchers also find that the intense polarization that culminated in Trump's electoral college victory reflects deep-seated partisan anger. That could explain much of the attraction of the idea of a "domineering leader," Smith said, in a political climate in which open expressions of hostility toward minorities, women and immigrants have become more common.

"What our data suggest is that not many white voters just wanted to shake things up," Smith said. "One implication of our findings is there's sharp polarization, with fewer people in the middle."

Smith and Hanley also found that white Trump voters who called themselves his strong supporters — about three-fourths of his white vote — differed little from his milder supporters in their basic attitudes – and that Trump voters in general, whether enthusiastic or not, differed strikingly from non-Trump voters in those same attitudes.

So the widely held idea that Trump voters included many who did not share his biases appears unfounded.

"That was certainly true for some of his voters, but it doesn't appear to be a very high percentage," Smith said.

The researchers say that insight into our current political divide is best obtained from data of the kind they studied – random nationally representative findings from a major national survey.

"It's sensible for anyone who is concerned about our culture to be as well-informed as possible. Knowledge is power," Smith said. "If we hope to overcome our present polarization, we need to understand it."