LAWRENCE — The University of Kansas has two more members of the American Academy of Arts and Sciences with the announcement that KU scholars Jorge Soberón and Robert Warrior were elected into its class of 2018.

“Jorge Soberón and Robert Warrior are exceptional scholars,” said Carl Lejuez, interim KU provost and dean of the College of Liberal Arts & Sciences. “They are among rare company as members of this prestigious society of our nation’s brightest scholars and innovators. This recognition is well-deserved for their contributions in their disciplines and to society at large.” 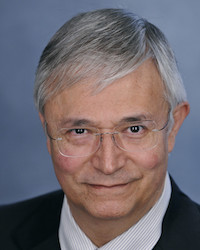 Soberón, born in Mexico, is a University Distinguished Professor of Ecology & Evolutionary Biology and a courtesy professor of Latin American and Caribbean studies. His main interest centers on describing and understanding the pattern and dynamics of the distribution of biodiversity on the planet, both from a fundamental perspective and for the purpose of solving applied problems. He is also interested in the policy aspects of biodiversity science.

“I am deeply grateful to be accepted in one of the oldest learned societies in the hemisphere, and one dedicated to cultivate arts and sciences to ‘advance the interest, honor, dignity and happiness of a free, independent and virtuous people’ — an admirable objective a quarter of a millennium ago, and now more than ever,” Soberón said. “When I see the names of current and former members of the academy I cannot but feel deeply humbled and inspired.” 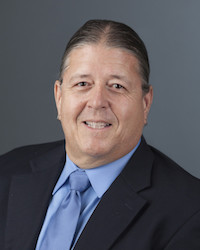 Warrior is a Hall Distinguished Professor of American Literature & Culture and has joint appointment in the departments of American Studies and English. He teaches courses and researches across many disciplines and specialties, including media studies, intellectual history, American literature, social movements, history, theory and comparative indigeneity.

He is the author of “Tribal Secrets: Recovering American Indian Intellectual Traditions” and “The People and the Word: Reading Native Nonfiction” and co-author of “Like a Hurricane: The Indian Movement from Alcatraz to Wounded Knee,” “American Indian Literary Nationalism” and “Reasoning Together: The Native Critics Collective.” Warrior is a member/citizen of the Osage Nation and has served as founding president of the Native American and Indigenous Studies Association and president of the American Studies Association.

“Being elected to the academy is, of course, a tremendous honor,” Warrior said. “I am especially gratified that the choice I made early in my career to focus on Native American and Indigenous studies as what I do and who I am as a scholar has created a pathway to this recognition.”

Founded in 1780, the academy honors exceptional scholars, leaders, artists and innovators and engages them in sharing knowledge and addressing challenges facing the world.

The 2018 Class includes author Ta-Nehisi Coates, Supreme Court Justice Sonia M. Sotomayor and actor Tom Hanks. The new class will be inducted at a ceremony in October in Cambridge, Massachusetts. The newly elected members will sign the Book of Members, which includes the signatures of Martin Luther King Jr., Margaret Mead, Alexander Hamilton and Benjamin Franklin, among others.