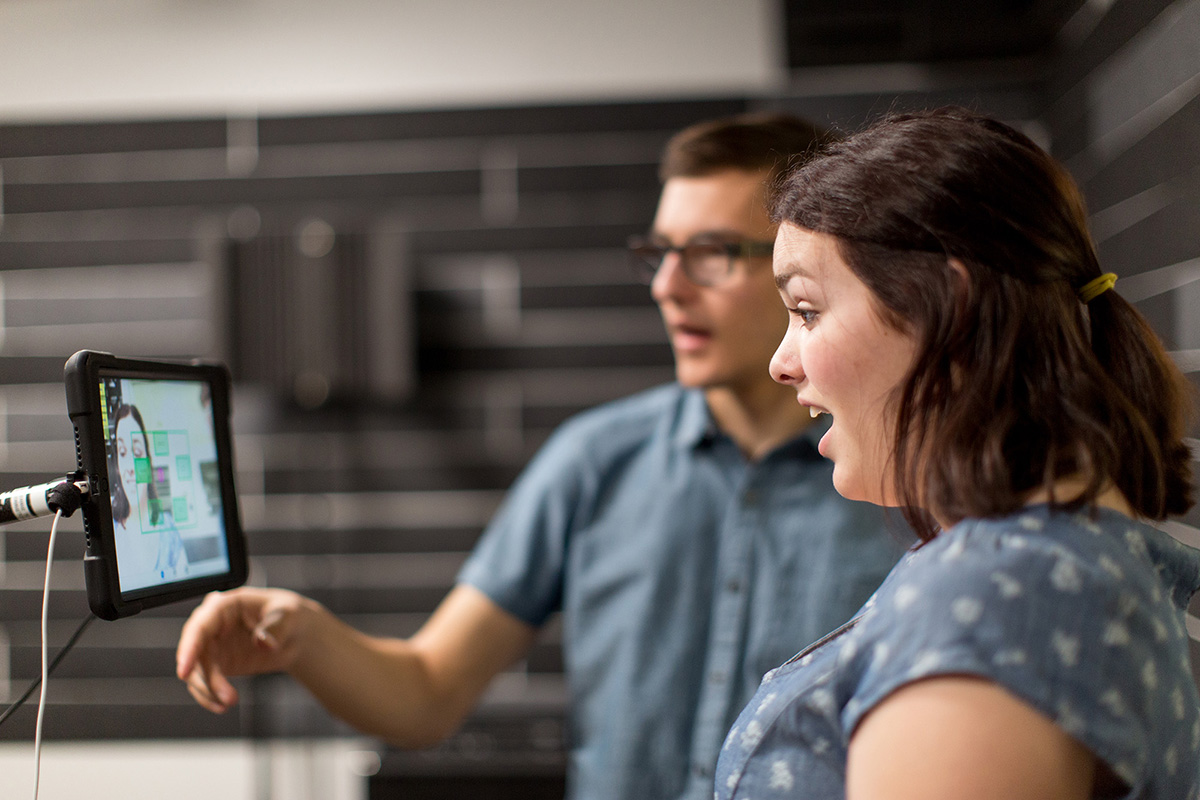 LAWRENCE — While the AUMI, or Adaptive Use Musical Instrument, is a computer software program that has been around for more than a decade, University of Kansas researcher Abbey Dvorak thinks there is still lots of room to grow its use by music therapists. 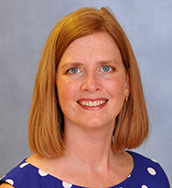 “Using the Adaptive Use Musical Instrument (AUMI) in Music Therapy Clinical Practice” gives case examples, addresses common concerns and barriers to using the AUMI, describes the improvements in the software based on clinician feedback to the software developer, and discusses implications and future directions for music-therapy practice and research using the AUMI.

The late Pauline Oliveros invented the AUMI as a software program that can be installed on any desktop computer, and more recently iOS tablet or smartphone, equipped with a camera. The AUMI uses the camera to capture physical movement and trigger an almost infinite variety of sounds, from bells to drums to synthesizer tones. It thus allows people to make music with whatever movement their body performs; even a small tilt of a chin can access the entire range of sounds.

This is useful in music therapy, Dvorak said, because some clients may have limited mobility or a narrow range of voluntary movement, and yet the AUMI can help them achieve goals like improved physical strength, coordination and control.

In many cases, Dvorak said, music-therapy clients may also have cognitive and/or psychosocial needs.

In the examples cited in the paper, Dvorak said, “For one client, they were working on holding their head up for a longer period of time and having some controlled movement. For another, it was realizing cause and effect.”

In the latter case, Dvorak said, the client had multiple disabilities, including spasticity and vision and hearing loss.

“This particular person was difficult to assess,” Dvorak said. “Does this client realize when they move their head this way, they get to hear the preferred sound?  … That can help a lot with communication. This particular client was having trouble using a communication board, but with the AUMI, by using the client’s own movement, adapting to that body, and using a preferred sound, which in this case was a pop song, it helped the client begin to make those choices and understand cause and effect.”

Another goal of the paper was to communicate to therapists everywhere their ability to work with the AUMI’s software engineer, Henry Lowengard, to customize the instrument. Dvorak said Boresow has done just that to good effect in her private practice, and the authors wanted to get that information out there.

“I really think that people are starting to understand the AUMI and how it can be used,” Dvorak said. “Now that there is an Apple IOS version (i.e., for phones and tablets) it’s more portable. Both the desktop and iOS versions are good and do slightly different things. But on the iPad and the phone, it makes it accessible to more people, especially now that the IOS version is free. It previously cost $4.99 in the app store, so more people are downloading it now at no cost.”

And while the AUMI is quite intuitive to use, Dvorak said there are certain wrinkles that therapists would do well to understand. The paper attempts to help with that, too.

“Sometimes when people are faced with a new software program or piece of technology, there is a learning curve, and they may be less inclined to learn, so this is an attempt to simplify some of the different features of the AUMI. We wanted to say, ‘Here is some information you can use so you don’t have to reinvent the wheel.’ For example, if you want help with sustained sound, you can go to the instrument feature and go to cutoff time and have a longer or shorter sound.”

The hope, Dvorak said, is that “people can have more information at their fingertips to help them do things faster. Clinicians are very busy people. We don’t have a lot of time to fool around and learn new programs.

“When you open up the AUMI, you can start playing right away. You don’t have to change anything. But when you get into the more nuanced pieces of it, you can help your client even more if you know some of these features and how to use them.”

Dvorak said she and her colleagues are excited to see the use of the AUMI expand.

“I think the word is spreading that there are benefits to this, and it’s a tool, like any other musical instrument, that you can use in practice,” Dvorak said. “But like any other instrument, it does take practice. You really need to have prepared and planned … before you bring it in with a client.”