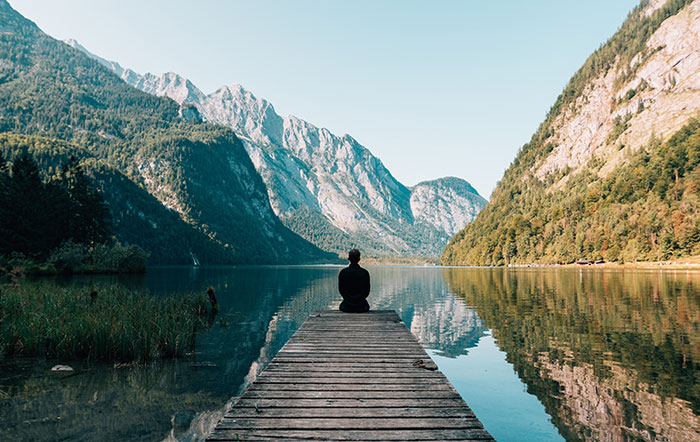 LAWRENCE — Younger generations of religious Americans tend to closely harbor concerns for the environment via stewardship more so than older parishioners, according to a study by a University of Kansas researcher.

"The best way to account for this upsurge from about 1980 and on is that a lot of religious groups have actually started to talk to their parishioners about creation care — a term used to avoid the political context attached to environmentalism," said Lukas Szrot, a KU doctoral candidate in sociology. "Leaders felt that religious groups and churches needed to address this problem, and their members likely wanted to talk more about these issues."

Szrot examined data from the 1973-2014 General Social Survey to determine whether and to what extent environmental concern has been fostered among diverse religious groups in the United States.

He is presenting his findings this week at the American Sociological Association's annual meeting in Philadelphia.

The important background behind the study is the 1967 argument from influential historian Lynn White Jr., who identified Western Christianity as the most anthropocentric religion that has ever existed. Recently, others have also criticized the United States for abdicating its global leadership on environmental issues in recent decades.

Szrot said recent research suggests that environmentalism in the United States has religious roots dating back to the Puritans via an emphasis on environmental stewardship — the idea that humans bear a special responsibility to care for creation that comes from God. However, researchers have traditionally had difficulty quantifying the connection between environmental concern and those Americans who consider themselves religious.

"Religious groups have said there really is a part of Christianity that isn't anthropocentric," he said. "They have seemed to get a dialogue going."

The environmental concern by age cohort was the starkest finding, Szrot said, indicating that the idea of stewardship has grown, particularly among younger generations of Christians.

This finding likely represents the influence of the heyday for the environmentalism movement in the United States that began in the late 1970s and lasted through the mid-1990s, he said. This focus likely led religious groups to begin to discuss environmental stewardship and care in light of their religious duties, he said.

The findings can be viewed positively, especially in such a divisive and partisan American political climate today, Szrot said.

"I think that there are people on both sides of the party line who want to reach out on environmental issues right now," he said.

Religious groups and settings also might present a favorable forum for people with diverse political views to come together, he added.

"It's been rather uneven so far in a lot of ways. Environmental issues are much more polarized than the 1970s," Szrot said. "There are definitely some challenges, but there is also the idea that church has a sort of social-networking function as well. People who wouldn't normally associate with each other could instead get together. It is possible that in the long run, this will lead to new conversations about environmental issues in the United States."