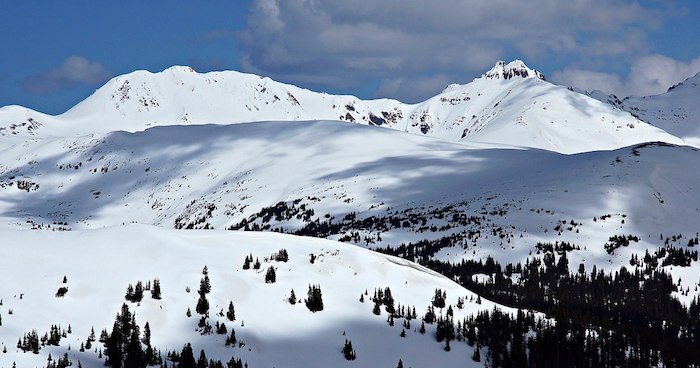 LAWRENCE — Next spring, researchers and students from the University of Kansas will participate in a project using a new ultra-wideband radar soaring on a plane above the Continental Divide to measure the depth and density of snowpack.

Because snow that accumulates high in the Rocky Mountains (and other watersheds like the Sierra Nevadas) melts to feed the nation’s rivers, calculating its volume of stored water is imperative for managing U.S. water resources. 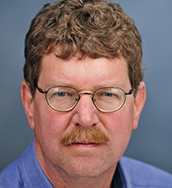 “You’re ultimately interested in how much water is stored because it's going to all melt and flow downhill,” said David Braaten, professor of geography & atmospheric science. “You’re not concerned just about snow depth, but the snow-water equivalent. To get that, you need both depth and snow density — those two things an ultra-wideband radar will be able to obtain.”

Braaten and a colleague from KU are part of a large project funded by the National Oceanic and Atmospheric Administration, or NOAA, to develop remote-sensing technology to help mitigate flooding and droughts. 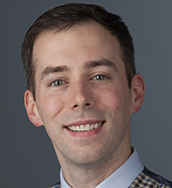 The lead institution is the University of Alabama, and the project is led by Prasad Gogineni, a former KU professor. Also participating in this project are researchers from the University Corporation for Atmospheric Research. KU is receiving funding of approximately $250,000 per year, to be administered through the Center for the Remote Sensing of Ice Sheets. Other KU personnel include Justin Stachnik, assistant professor of geography & atmospheric science, several graduate students and several undergraduate students.

“KU’s role is to assist with the technology development by providing access to facilities we’ve developed over the years with CReSIS, such as the KU anechoic chamber — a testing chamber where we can take a radar and turn it on without interfering with phones and Wi-Fi,” Braaten said. “We can turn a radar on, characterize it, and look for noise and irregularities before we go into the field. For the field work, we will provide equipment that will help us validate the radar measurements.”

Braaten said the KU team will help to generate data products, bringing experience working with signal processing to look at geophysical features relating to the snowpack. These data products will be used by NOAA models, such as the National Water Model, to predict snowmelt runoff as well as flooding potential.

“The snow depth concept was tested in 2016,” he said. “It worked well over a site in Colorado measuring snowpack several feet thick. Routinely obtaining snow depth measurements in critical watershed basins at different times of the year is a key goal of the project. Also, determining snow density is a key project goal that will be accomplished through the field experiments. These measurements will provide NOAA models with the liquid water equivalent in the snowpack.”

According to the KU researcher, the radar system’s initial field tests could be performed on a propeller plane such as a Twin Otter.

The system is expected to be deployed in mid-winter and again in springtime, he said, to test the system against different properties of the snowpack.

“Mid-winter is a good time to assess layering and the timing of the precipitation and spring just at the start of the melt season is a key time — but the snow conditions in the spring become more challenging for the radar,” Braaten said.

The researchers chose the ultra-wideband radar because the large bandwidth can penetrate deep into the snow and provide high-resolution measurements. The high-altitude version of this system eventually will be able to image snow conditions over a wide swath on both sides of the flight path, as thin as 3 centimeters thick to as high as 2 meters.

“The large bandwidth also allows snow characteristics to be examined,” Braaten said. “It also provides flexibility to make measurements under a wide range of snow conditions seen throughout the winter and early spring, and at different elevations. Certain frequencies are more effective with particular snow conditions, so having the large bandwidth provides the capability to measure all of the snowpack characteristics we expect to see.”

Top image: Researchers and students from the University of Kansas will participate in a project using a new ultra-wideband radar soaring on a plane above the Continental Divide to measure the depth and density of snowpack. Credit: Wikimedia Commons.