LAWRENCE — Four University of Kansas students who have been actively involved in undergraduate research during their university careers are competing for Barry M. Goldwater Scholarships, regarded as the premier undergraduate award to encourage excellence in science, engineering and mathematics.

The students’ applications are coordinated by the Office of Fellowships in Undergraduate Studies.

Sixty-five KU students have received Goldwater scholarships since they first were awarded in 1989. Congress established the program in 1986 in tribute to the retired U.S. senator from Arizona and to ensure a continuing source of highly qualified scientists, mathematicians and engineers.

The Goldwater Foundation trustees will announce the 2019 winners in late March. The scholarships cover eligible expenses for undergraduate tuition, fees, books and room and board, up to $7,500 annually. Each year the trustees award about 250 scholarships and 300 honorable mentions. The number of scholarships to be awarded per state will depend on the number and qualifications of the nominees from the 50 states, the District of Columbia, Puerto Rico and — considered as a single entity — Guam, the Virgin Islands, American Samoa and the Commonwealth of the Northern Mariana Islands.

Only sophomore- and junior-level students with outstanding academic records, significant research experience and high potential for careers in mathematics, the natural sciences or engineering were eligible for nomination. Nominees submitted applications that included essays related to the nominee’s career goals and three faculty recommendations. The campus nomination committee is chaired by Mikhail Barybin, professor of chemistry. Students interested in applying next year should contact campus representative Anne Wallen, program director for the Office of Fellowships.

All the nominees are members of the University Honors Program. Brief descriptions of their research experience and career plans follow. 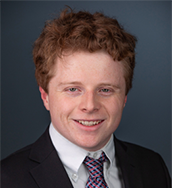 Pierce Giffin is the son of Paul and Maria Giffin of Leawood, and he is a graduate of Shawnee Mission East High School. He is double majoring in mathematics and physics. Giffin is planning a career researching theoretical particle physics. He works in the lab of Assistant Professor Daniel Tapia Takaki in the Department of Physics & Astronomy studying a novel approach to look at a proton structure in terms of its fractal properties. Giffin also participated in a summer REU at Duke University on a nuclear physics topic and is currently working on a research project in the Lenexa-based PhytoTechnology Laboratories. 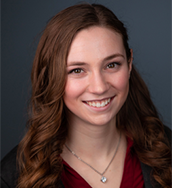 Anna Goddard is the daughter of Anne and Steve Goddard of Lincoln, Nebraska, and she is a graduate of Lincoln Southwest High School. She is a double major in biology and mathematics. Goddard is planning a career researching genetic diseases. She works in the lab of Associate Professor Maria Orive in the Department of Ecology & Evolutionary Biology, using mathematical modeling in population and evolutionary biology. Goddard is also a member of the Initiative for Maximizing Student Diversity and has presented at the national Society for Advancement of Chicanos/Hispanics and Native Americans in Science. 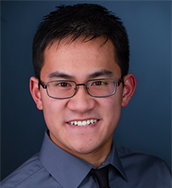 Tyler Nguyen is the son of Tung and Huyen Nguyen of Kansas City, Kansas, and he is a graduate of Piper High School. He is majoring in chemistry with a minor in astrobiology. Nguyen is planning a career researching chemical modifications of materials and proteins for nanotechnology and bioengineering applications. He works in the lab of Professor Cindy Berrie in the Department of Chemistry, developing model systems for enzyme-based sensors for disease diagnosis, a biological application of nanotechnology. He has presented his research in several settings locally and regionally, and he will present soon at the American Chemical Society’s national meeting in Orlando, Florida. 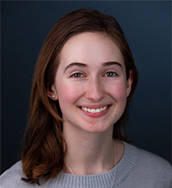 Eleanor Stewart-Jones is the daughter of Brian Jones and stepdaughter of Loes Niedekker, and daughter of Teresa Stewart and stepdaughter of Scott Leigh. A graduate of Shawnee Mission East, her hometown is Mission. Stewart-Jones is majoring in chemistry with a minor in French. She works in the lab of Professor Tim Jackson in the Department of Chemistry, researching the reactivity seen in manganese model systems. Stewart-Jones serves as a research ambassador for the Center for Undergraduate Research and recently presented her research at the Max Planck Matter to Life Conference in Tegernsee, Germany.