LAWRENCE — The business world has been the center of a hot debate in recent years about noncompete clauses in employment contracts and the effects they have on profits, economic development and other factors. Yet the debaters often overlook how such clauses affect those who work under them: employees. A University of Kansas professor has co-written a study that found noncompete clauses do in fact influence how employees behave, and that behavior is to the benefit of employers.

Business leaders, policymakers and journalists have all debated the clauses, often referred to as NCCs, and whether they promote or stifle innovation, help boost development or prevent optimum employee-employer matches. As the clauses have become more prevalent and ideological — a popular story in recent years recounted how even fast food sandwich chains were using them — the employees get lost in the mix. A new study shows employees in the mutual fund industry tended to be more productive, take fewer risks and align their behaviors with the goals of their employers. 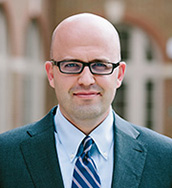 “There is an ongoing debate on the use of NCCs in the U.S. about whether they are good or bad,” said Gjergji Cici, associate professor and Dean’s Fellow in the KU School of Business. “This whole debate has spilled over into academia, and scholars want to see if higher enforcement of NCCs has more effect on economic development and other measures. We wanted to see how they’re actually affecting the people who work under them, their actions and their output.”

Cici and co-authors Mario Hendriock and Alexander Kempf, University of Cologne, conducted their study using the mutual fund industry as a test laboratory. They chose that industry as it commonly uses NCCs and has a wealth of data available for employee output with regular filings and indicators for fund performances. The authors theorized that one of two effects would be observable among the fund managers working under NCCs. Either knowing that if they were fired, they would have a very hard time finding another job in the business they would work hard and be productive; or knowing that their outside options were limited, they would have less chance of promotion or starting their own outside firms, thus be less motivated to perform highly.

After measuring output of mutual fund managers in three states with varying enforcement of NCCs, the researchers found the first effect dominated, regardless of how they controlled for various other factors. They studied about 200 fund managers in Texas, Florida and Louisiana from 1992 to 2004, as those three states had seen changes in the enforcement of NCCs in those years, seeing them increase in Texas, decrease in Florida and initially decrease, then come back in Louisiana.

The results showed that when enforcement of NCCs was up, besides showing better performance, fund managers exhibited several distinct behaviors. First, they engaged in window dressing, or attracting new customers to increase fee revenues for their employers. The incentive also had a disciplining effect on their risks, meaning the managers who knew their NCC was more likely to be enforced tended to engage less in risk-taking that could exacerbate losses, drive clients away and lose money for their firms. They had less deviation in their portfolios than their peers, tending toward more secure, predictable investments. Finally, the managers engaged in fund tournament behavior less, meaning they were less likely to measure themselves against other fund managers and take risky behavior to catch up in performance if they fell behind.

“Once again, they do all of this because they were concerned,” Cici said. “By dressing up their portfolios, they can increase fee revenue for their fund family and decrease their risk of being fired. The NCCs seem to have an effect on behavior in that the managers take less risk and align their behaviors with their employers’ goals.”

Cici recently presented the study at the American Finance Association meeting in Atlanta.

NCCs are common in the financial industry because it is a knowledge-intense field, Cici said. Employers use the labor mobility measures to protect industry secrets, prevent employees from taking clients to competitors when they leave and various other reasons. Those who favor NCCs often argue they encourage training and development among employees in addition to protecting trade secrets. Those who argue against them often claim NCCs can stifle innovation by preventing employees from starting their own business and restrict optimal matches among firms and employees.

Regardless of which side one comes down on in the debate, Cici said the findings show definitively that NCCs do have an effect on the employees who work under them and their performance. When policymakers and business leaders debate their use and regulation, they would do well to consider the influence they have on the employees, who have heretofore been overlooked in the debate, the researchers argue.