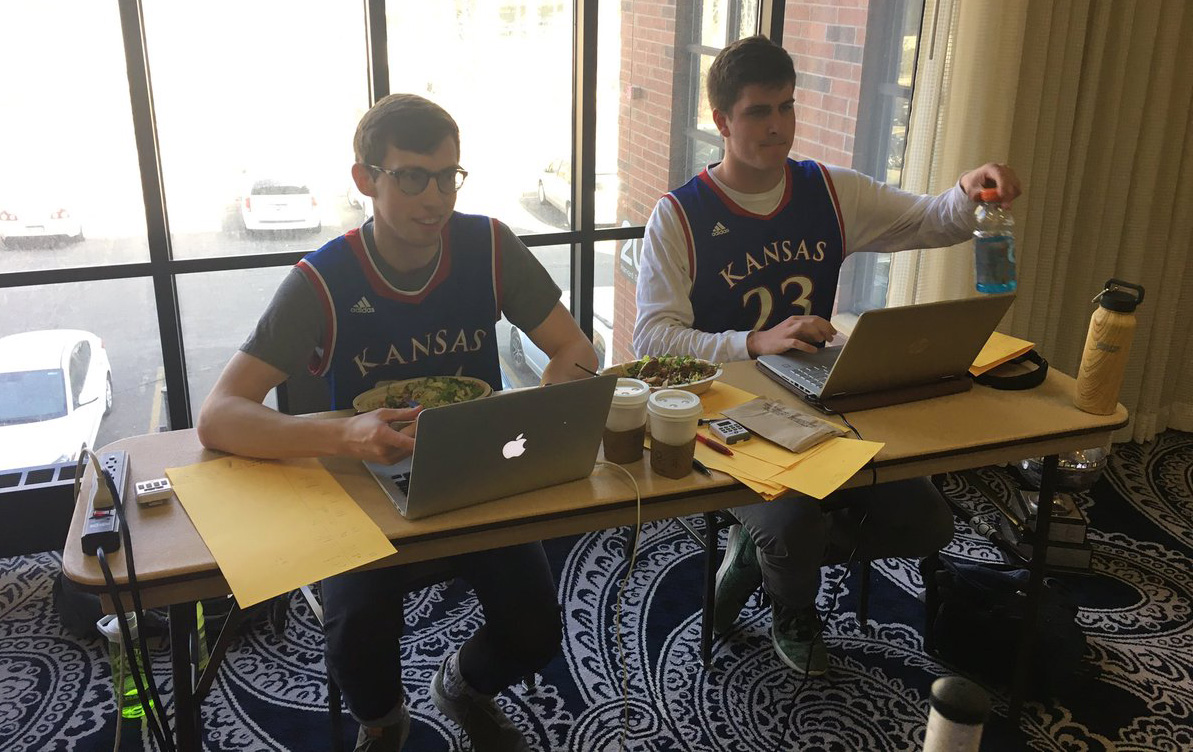 LAWRENCE — The team of senior Jacob Hegna, Overland Park, and sophomore Nate Martin, Lansing, advanced to the Final Four at the 73rd National Debate Tournament held March 21-25 at the University of Minnesota. It marks the 17th time KU Debate has placed a team in the Final Four since the NDT began in 1947. In addition, Hegna was the first-place individual speaker at the tournament. He was the first KU student to be the top speaker at the NDT since Huber Bell in 1955. 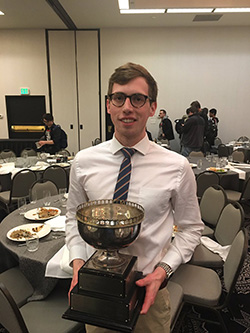 KU qualified three teams for the 78-team field, the 52nd consecutive year KU has qualified teams for the NDT. The team of freshman Azja Butler, Leavenworth, and junior Kyndall Delph, Little Rock, Arkansas, also advanced to the elimination rounds at the tournament by winning five preliminary debates over Gonzaga University, Northwestern University, Liberty University and two different teams from Michigan State University. In the first elimination round, they lost a split decision to a team from Wake Forest that went on to the Final Four. 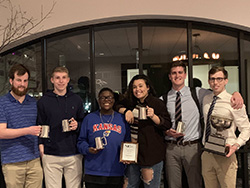 The third team of senior Chris Fry, Overland Park, and sophomore Nick Massa, Prairie Village, came within one ballot of reaching the elimination rounds when they lost a 2-1 split decision against Baylor in the final preliminary round. They ended up with a 4-4 record and finished in 35th place at the tournament.

This was the third time in the past four years that KU advanced a team to the Final Four at the National Debate Tournament. In 2018, KU won the national championship and was national runner-up in 2016.

“We are very proud of the incredible performance of the debaters and the hard work of the assistant coaches and alumni who helped make this success possible,” Head Debate Coach Brett Bricker said.