LAWRENCE — Four midcareer faculty members at the University of Kansas will receive an award in recognition of their significant achievements in scholarly or research contributions in their field.

The University Scholarly Achievement Award recognizes either a truly outstanding single scholarly or research contribution, or a series of closely related contributions.

Chancellor Douglas A. Girod will host a program to deliver the University Scholarly Achievement Awards at 7 p.m. April 24 at the Beren Petroleum Conference Center in Slawson Hall. The event is open to KU faculty and staff as well as the public. A reception will follow the program.

“These four scholars have all helped to elevate our university through their work, and I look forward to helping them celebrate their successes,” Girod said. “Taken together, these faculty members and their inspiring achievements demonstrate the breadth and depth of the contributions to society that are possible through the work of one of America’s leading research universities.”

A panel chaired by Andrew Torrance, professor of law, reviewed the nominations from research colleagues at KU and across the nation.

Additional information about each of this year’s recipients and their work: 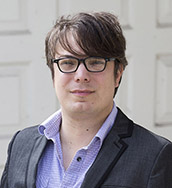 Dale Dorsey is a leading figure in contemporary moral philosophy, enhancing KU’s national reputation in his field. He is finishing his third book. Dorsey's more than 40 scholarly articles have been cited approximately 500 times. His work is routinely featured in top-tier journals in his field, and he has contributed key ideas in central debates in moral philosophy. He has received awards and faculty fellowships as a result of his scholarship, and he has given talks and commentaries around the globe. At KU, Dorsey founded the annual Kansas Workshop on Well-being, bringing top scholars to campus to discuss happiness, human flourishing and their moral significance. 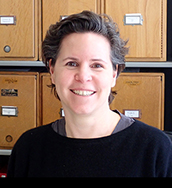 Kirsten Jensen is an internationally renowned scholar focusing on the evolutionary biology of tapeworms that inhabit and are intimately associated with sharks and stingrays across the world. This knowledge has helped to inform fisheries and food supply, and food web connections as related to ecosystem health. Her work on these parasites has been continuously funded by the National Science Foundation since 2001, with awards totaling about $5 million. Her research, conducted through expeditions in the waters of Africa, India, Australia, Central America and Southeast Asia has resulted in the discovery of hundreds of species new to science. On the KU faculty since 2004, Jensen has published more than 59 research papers in high-impact journals and book chapters, as well as four books and monographs, and she has delivered more than 116 major research presentations. 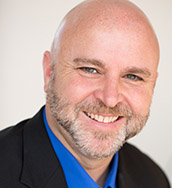 Paul Popiel has been at KU since 2010, serving as director of bands. He commissioned, recorded and promoted composer Kevin Walczyk’s Symphony No. 5 "Freedom From Fear: Images from the Shoreline" with the support of a Legacy grant from Reach Out Kansas Inc. He began discussions with the composer in 2015, and the project grew into a major symphony focusing on the worldwide immigration crisis. Popiel conducted the world premiere of the piece with the KU Wind Ensemble and KU Jazz Ensemble I at the John F. Kennedy Center for the Performing Arts in Washington, D.C., in April 2018. In 2020, the KU Wind Ensemble’s commercial recording of the symphony will be released worldwide on the Naxos label, further enhancing KU’s reputation as a leader in contemporary music. 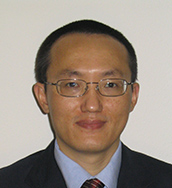 Franklin (Feng) Tao joined the chemical & petroleum engineering faculty in 2014 and has demonstrated an outstanding record of scholarly achievement in his field. He has enhanced KU’s capability in the field of heterogeneous catalysis. He has made distinguished contributions to the fields of rational design of catalysts and in situ/operando studies of catalysis at a molecular level with advanced techniques. Tao is the recipient of a National Science Foundation CAREER award for his work, and he also has been named as a Fellow of the American Association for the Advancement of Science and Royal Society of Chemistry.