LAWRENCE — The Daily Beast legal affairs columnist Jay Michaelson will present “Religious Liberty and/or Civil Rights” at 7 p.m. May 6 in the Jayhawk Room at the Kansas Union. 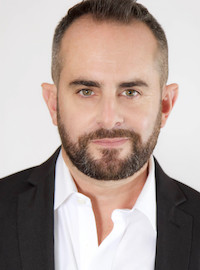 Michaelson, a featured commentator on CNN, National Public Radio and MSNBC, will examine the redefinition of the First Amendment’s guarantee of liberty as it relates to religion. Michaelson’s lecture is sponsored by The Friends of the Department of Religious Studies, and it is free and open to the public.

“In just five years, the First Amendment’s guarantee of religious liberty has been redefined from a shield against government oppression of minorities into a sword used to oppress minorities,” Michaelson said.

In his presentation, he will share how conservative Christians, LGBTQ people and even self-styled centrists all see themselves as victims of a polarized culture war, with the conservative side currently in power but with liberal social forces continuing to change social norms. He will challenge the audience to consider how Americans can make sense of these competing rights, claims and conceptions of American democracy.

Michaelson has been a leading authority on the U.S. “religious exemptions” movement for seven years and is the author of the 2013 report "Redefining Religious Liberty" (Political Research Associates). His book "God vs. Gay? The Religious Case for Equality" was a Lambda Literary Award finalist and Amazon best-seller.

Michaelson holds a juris doctor from Yale Law School, a doctorate in Jewish thought from the Hebrew University of Jerusalem and nondenominational rabbinic ordination. He has held teaching positions at Boston University Law School and Harvard Divinity School, and he is currently an affiliated assistant professor at Chicago Theological Seminary.

The Department of Religious Studies offers a research-, analysis- and writing-intensive program that seeks to develop in students a foundational knowledge of the world’s diversity of religious cultures. The program fosters critical awareness of the ways in which religions shape how we see and act toward ourselves, others and the environment around us. Through the study of specific religious traditions and settings, students gain valuable knowledge regarding a range of different cultures that positions them well for living and working as informed global citizens.