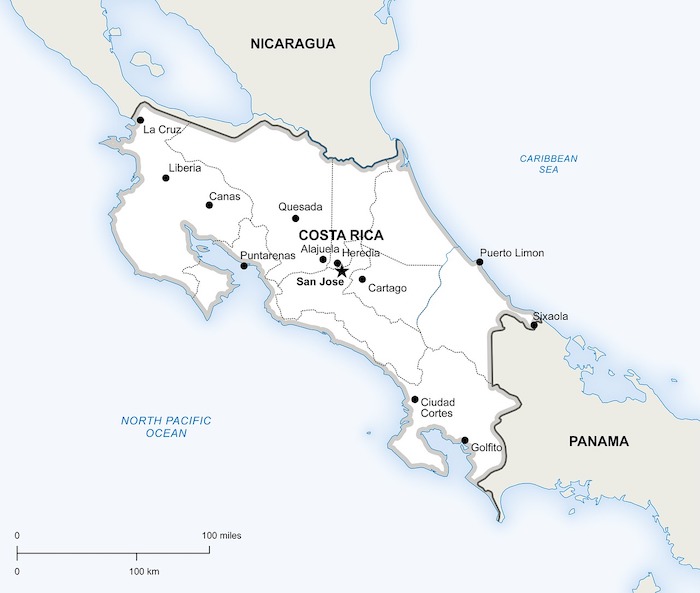 LAWRENCE — With miles of beaches on the Caribbean and Pacific coasts, a lower cost of living and a stable political climate, Costa Rica has enticed tens of thousands of American and European expatriates to put down roots, buy homes and start businesses in that country.

By local standards, these “lifestyle migrants” often are wealthy — and the Costa Rican government is known to welcome them with open arms. But how do thousands of Americans and Europeans alter the pre-existing local culture, politics and economy? Is their presence in Costa Rica a boon or a blight to local communities?

A University of Kansas doctoral student in the Department of Sociology recently earned a $15,000, one-year grant from the National Science Foundation to investigate such questions. 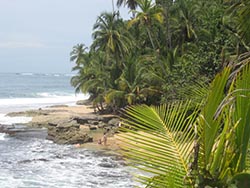 Erin Adamson departs Lawrence in July to perform months of fieldwork in Costa Rica’s administrative area of Talamanca, along the Caribbean coast, conducting interviews with lifestyle migrants and natural-born Costa Ricans to better grasp the social, economic and cultural dynamics between the groups.

“I’m looking at a different group of migrants than we usually look at,” Adamson said. “So, when Americans and Europeans who have a lot of money move to a developing country, how do they use their economic power to impact a local community? Through opening businesses and buying land and houses, they have a pretty big gentrification effect on a poorer community. I’m interested in how does the local community respond to that? How how did things shift because of it? How does that change relationships between migrants and local people?” 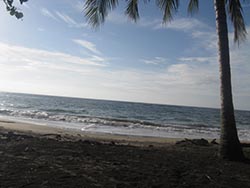 Once a Spanish colony, large tracts of Costa Rica were purchased and cultivated by American banana companies following independence “within a framework of neo-colonialism,” according to Adamson. These companies brought in African-Caribbean workers for their plantations because their labor was inexpensive and they spoke English.

“It’s always been an agricultural region,” Adamson said. “It’s always been one in which people were expected to work very hard for very little pay. But Costa Rica is kind of unique in that they worked hard to make sure regular people owned land. So, lots of poor own land in Costa Rica, which isn’t true in all Central American countries. By the '70s, most people on the coast were farming cocoa or chocolate, or fishing, or selling coconut oil. And there was a crash — a disease that took out all cacao — and at the same time, a disease that went through Central America that ruined all the banana plantations for a while. In just a few years, the whole agricultural sector was devastated. And what people did in response was turn to tourism, and that was true previous to these economic elites or lifestyle migrants going down there.” 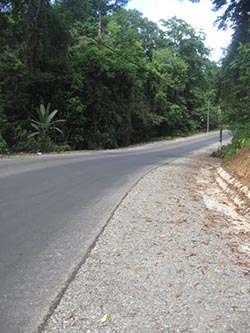 “Europeans and Americans started moving in and buying land — some of the lifestyle migrants that are there now have owned land there since the early '90s,” she said. “They’ve made a lot of money on land because they bought it cheap from locals, and they’ve parceled it off and developed it. Part of them are retirees, from the U.S. and Canada, looking to stretch their budget. They can live really well on very little. Also, Costa Rica has a decent health care system. So, if they have health problems, they can actually get quite a bit of intensive health care, and it’s really cheap. Then there’s a lot of younger folks, too, in their 20s and 30s, who come with their families, and they open a yoga studio or dive shop or something like that.”

Adamson said American and European lifestyle migrants often hire Costa Ricans to work in their businesses or homes, giving the foreign-born migrants power and influence in a country where good jobs are scarce. Adamson hopes to know if locals are earning a living wage; if resentment exists against wealthier expatriates; if the influence of lifestyle migrants gives them lopsided political power to gain roads, water service and trash removal at a standard closer to the U.S. than what is customary in Costa Rica.

The KU student said her findings in Costa Rica would apply to other nations in the region and around the world with big numbers of lifestyle migrants from North America and Europe, like Panama, Ecuador, South Africa, Kenya, Vietnam, Thailand and Laos.

Adamson, who is working with thesis adviser Joane Nagel, University Distinguished Professor of Sociology, said she hoped to graduate with her doctorate by 2021. The KU Institute for Policy & Social Research provided assistance with the award submission and will help manage the award.

Top and middle right photos: A beach in Costa Rica’s administrative area of Talamanca, along the Caribbean coast, where a KU doctoral student will conduct interviews with lifestyle migrants and natural-born Costa Ricans to better grasp the social, economic and cultural dynamics between the groups. Credit: Erin Adamson

Bottom right photo: A roadway in Talamanca. KU doctoral researcher Erin Adamson will investigate if the influence of lifestyle migrants gives them lopsided political power to gain roads, water service and trash removal at a standard closer to the U.S. than what is customary in Costa Rica. Credit: Erin Adamson.