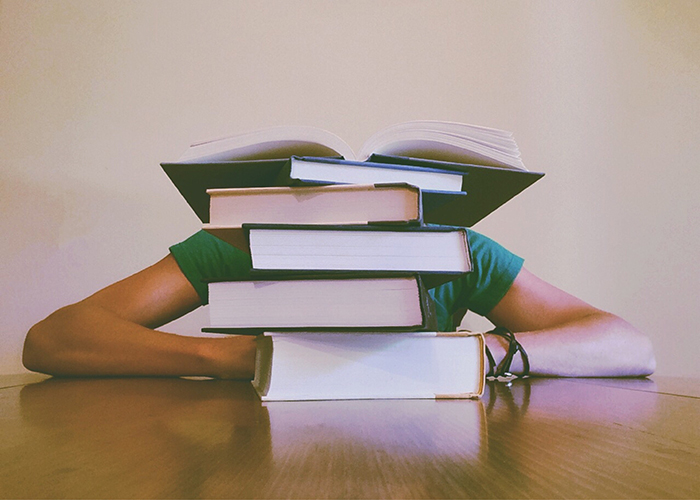 LAWRENCE — The NCAA is quick to point out that the word “student” comes first in the term student-athlete and that the vast majority of them will not go pro in their chosen sport. It stands to reason, then, that student-athletes would have access to all the same services and supports as other students, such as study abroad, internships, learning communities and more. However, that’s not always the case, and two University of Kansas researchers have published a study on the implementation of high-impact educational practices and barriers to student-athletes accessing them.

High-impact educational practices, or HIPs, are services proven effective in helping improve students’ academic outcomes. They have also shown benefits for diverse student populations across institutions. However, research has shown that student-athletes rarely have access to them. Farah Ishaq, an author of the study who recently completed his doctorate at KU, gained insights from his time as a student-athlete tutor.

“I was able to see a student-athlete’s experiences were not the same as their peers. There were a lot of things within HIPs that the general student population could take that were not as easy for student-athletes,” Ishaq said. “So my purpose for this study was to see what those barriers are.”

After interviewing more than a dozen athletic department and administration officials at six universities, Ishaq and co-author Jordan Bass, assistant professor of health, sport & exercise science at KU, identified several barriers to student-athletes taking part in HIPs. Chief among them was a disconnect between athletic departments and academic units that controlled HIPs, time constraints and coaches not supporting participation. The journal Issues in Intercollegiate Athletics published the study.

There are 10 high-impact educational practices.

Time restraints also frequently stood in the way. Intercollegiate athletics demand a lot of a student-athletes’ time, and several interviewees said they did not have time to take part in HIPs. Also, coaches did not always support such participation.

“Coaches are primarily interested in the athletic success of their student-athletes,” Ishaq said. “One of the people the student-athletes look up to the most is their coach, but is that coach letting them know about academic opportunities, and are they listening to academic support advisers as closely, or perhaps their teammates?”

Other barriers exist, including which sport the athlete plays, what time of year the active season happens and if it is a revenue-generating sport. For example, it is difficult for football players to take part in study abroad during the summer as that is a busy time for conditioning ahead of the season. Student-athletes who take part in sports such as swimming or tennis also faced challenges in taking part in HIPs but did not face as much pressure as athletes in revenue-generating sports, the authors said.

Involving student-athletes in HIPs could have benefits. Ishaq said research has shown that HIPs can benefit students from diverse backgrounds. Athletes are frequently from diverse backgrounds. They also often experience college in a bubble of sorts, not mixing much with the general student population. The authors make recommendations for how student-athletes could be better included in HIPs, including making opportunities such as study abroad more accessible in shorter terms, increasing collaboration between athletic and academic units, and standardizing reporting lines from athletics to academics.

“It really depends on the institution how to best improve HIP access,” Ishaq said. “No two are alike. It’s also important to understand who your student-athletes are in general and their demographics. The research on HIPs shows they are beneficial to students from low socioeconomic backgrounds, but they are actually the least likely to get them. Research also identifies integration into the general student population academically and socially as important. But it can be difficult when students have these barriers there.”

Notably, improving student-athlete access to HIPs and a greater understanding of their availability could help prevent academic cheating scandals that frequently happen at institutions trying to keep student-athletes eligible. Such scandals often start when someone in an athletic department takes steps to keep an athlete eligible academically that run afoul of the rules. With greater knowledge of opportunities to help students, they could be steered into such legitimate opportunities, the authors wrote.

But most importantly, access to HIPs could provide more opportunities to a majority of students, which as the college sports governing body points out, will not play professionally.

“I’m a huge believer in high-impact educational practices. However, these are often not emphasized for student-athletes,” Bass said. “As a former college athlete, I did not have the opportunity to do many of the HIPs discussed in the literature. We hope athletic departments will continue to move in a positive direction when it comes to offering student-athletes opportunities for HIPs.”