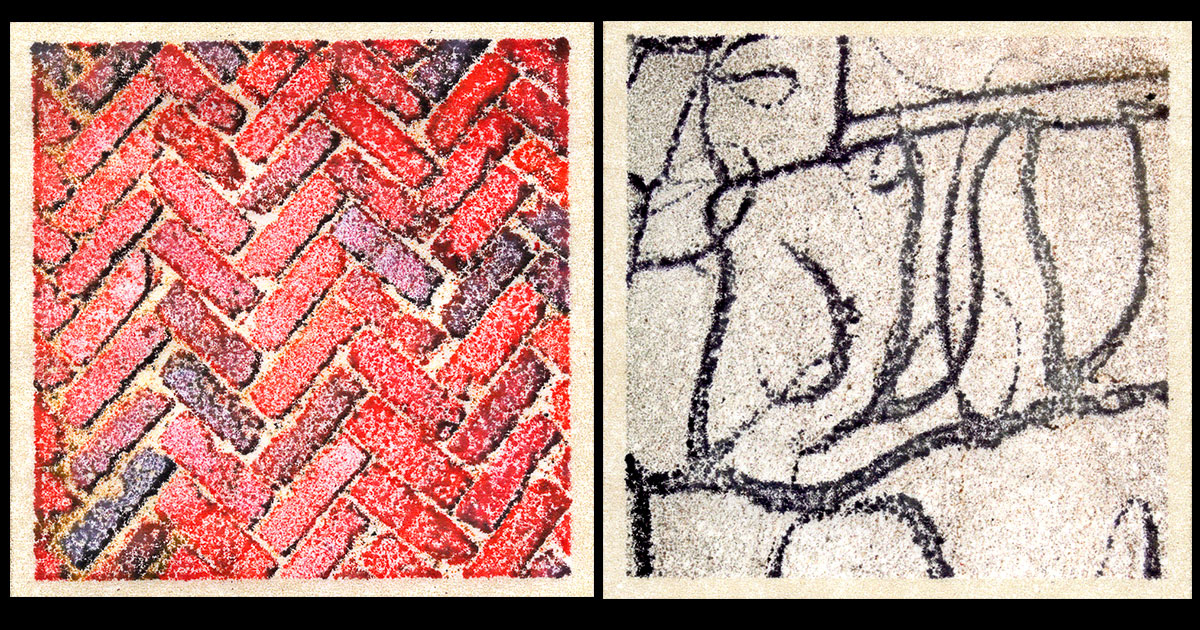 LAWRENCE – Stephen T. Johnson’s large, colorful mosaics decorate public transportation systems in New York and Los Angeles and many public buildings in between. His books of illustrations and wordplay have been published by major publishers.

But unlike his far-flung efforts, his latest show, “9th Street Rhythms,” opening Friday, Oct. 25, at the Lawrence Arts Center, is close to home.

Johnson, a lecturer at the University of Kansas School of Architecture & Design, lives on Ninth Street in the growing East Lawrence arts district.

He is one of the 15 artists whose work is funded by a portion of a $500,000 ArtPlace America grant that LAC won back in 2014 for a series of projects tied to the street’s recent physical renovation.

His project was inspired, he said, by "The First Book of Rhythms," a 1954 work by former East Lawrence resident Langston Hughes, in which he writes in part: “Rhythm is something we share in common, you and I, with all the plants and animals and people in the world, and with the stars and moon and sun, and all the whole vast wonderful universe beyond this wonderful earth which is our home.”

With a keen eye for detail, Johnson set about finding examples of what calls visual rhythms – repeating patterns -- in his neighborhood.

“I like the idea of rhythm,” he said in a recent interview at his studio/home. “With this project, I hope to encourage a playful journey through this visually rich neighborhood to discover juxtapositions of scale, harmonies of shadow and colorful patterns in surface textures.”

However, there are no people in Johnson’s images here, just evidence of their presence upon the landscape.

“Three horizontal lines are enough for me to make it worthwhile,” he said.

Some patterns Johnson found in the bricks and tar drippings of the street itself. Others are on walls and other features alongside it.

He took digital photographs of his findings, then put each of the images through a proprietary process in which he transfers pigment from one sheet and type of paper to another. Then he touches them up with colored pencil, giving the images a painterly quality.

“It takes away the harsh reality of the photographs,” Johnson said. “But it’s not too abstract – otherwise, the images could be anywhere.”

The show consists of 81 (9 times 9, get it?) small images matted and framed. They’ll be sold for $99.99 each, with 100% of the proceeds going to a specific Arts Center fund for East Lawrence youths to take courses for free.

Photo: “New York Street Bricks (9th & New York)” [left above] and “Street Patterns No. 3 (10th & New Jersey)” are among the works in Stephen T. Johnson’s show at the Lawrence Arts Center. Credit: Courtesy of the artist.