LAWRENCE — Allard Jongman, a professor of linguistics at the University of Kansas, is among the latest group of American Association for the Advancement of Science (AAAS) fellows announced today. 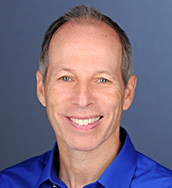 He is among 443 new members awarded the honor this year across the country in recognition of their scientifically or socially distinguished efforts to advance science or its applications.

“I congratulate Professor Jongman for this outstanding recognition, which is particularly notable because it comes from his research peers in a distinguished organization like the American Association for the Advancement of Science,” Chancellor Douglas A. Girod said. “His well-deserved designation also reflects well on the research efforts throughout our entire university, where our scholars are making discoveries that change the world each day.”

Jongman was nominated for distinguished contributions to the field of speech science, particularly using crosslinguistic and state-of-the-art acoustic and behavioral methods for understanding the phonetic properties of language.

The association will recognize this year’s group of fellows in February 2020 at the AAAS annual meeting in Seattle.

Election as an AAAS Fellow is an honor bestowed upon the association’s members by its peers. Members may be considered for the rank of fellow if nominated by the steering groups of the association’s 24 sections, or by any three fellows who are current AAAS members, provided that two of the three sponsors are not affiliated with the nominee’s institution.

Fellows must have been continuous members of the association for four years by the end of the calendar year in which they are elected.

KU now has 22 active faculty members who are AAAS Fellows.