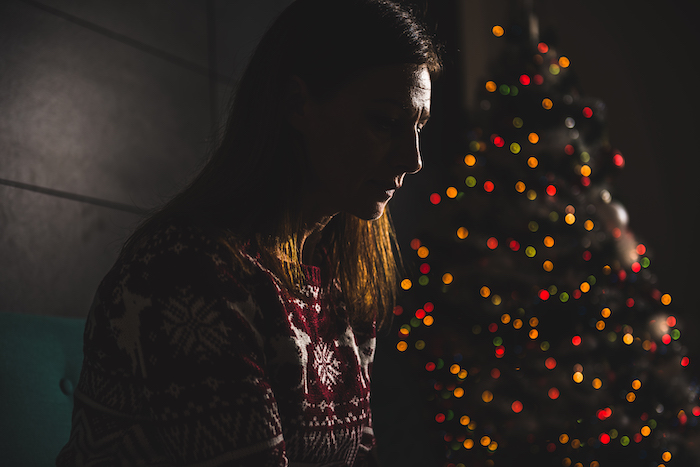 LAWRENCE – If you’re prone to depression, this holiday season you might want to say “bah humbug” to offers of sugar plum pudding, caramel corn and chocolate babka.

A new study from a team of clinical psychologists at the University of Kansas suggests eating added sugars – common in so many holiday foods – can trigger metabolic, inflammatory and neurobiological processes tied to depressive illness. The work is published in the journal Medical Hypotheses.

Coupled with dwindling light in wintertime and corresponding changes in sleep patterns, high sugar consumption could result in a “perfect storm” that adversely affects mental health, according to the researchers.

“For many people, reduced sunlight exposure during the winter will throw off circadian rhythms, disrupting healthy sleep and pushing five to 10% of the population into a full-blown episode of clinical depression,” said Stephen Ilardi, KU associate professor of clinical psychology.

Ilardi said avoidance of added dietary sugar might be especially challenging because sugar offers an initial mood boost, leading some with depressive illness to seek its temporary emotional lift.

“When we consume sweets, they act like a drug,” said the KU researcher, who also is author of “The Depression Cure“ (First De Capo Press, 2009). “They have an immediate mood-elevating effect, but in high doses they can also have a paradoxical, pernicious longer-term consequence of making mood worse, reducing well-being, elevating inflammation and causing weight gain.”

The investigators reached their conclusions by analyzing a wide range of research on the physiological and psychological effects of consuming added sugar, including the Women’s Health Initiative Observational Study, the NIH-AARP Diet and Health Study, a study of Spanish university graduates, and studies of Australian and Chinese soda-drinkers.

Ilardi cautioned it might be appropriate to view added sugar, at high enough levels, as physically and psychologically harmful, akin to drinking a little too much liquor.

“We have pretty good evidence that one alcoholic drink a day is safe, and it might have beneficial effect for some people,” he said. “Alcohol is basically pure calories, pure energy, non-nutritive and super toxic at high doses. Sugars are very similar. We’re learning when it comes to depression, people who optimize their diet should provide all the nutrients the brain needs and mostly avoid these potential toxins.”

The researchers found inflammation is the most important physiological effect of dietary sugar related to mental health and depressive disorder.

“A large subset of people with depression have high levels of systemic inflammation,” said Ilardi. “When we think about inflammatory disease we think about things like diabetes and rheumatoid arthritis – diseases with a high level of systemic inflammation. We don’t normally think about depression being in that category, but it turns out that it really is – not for everyone who’s depressed, but for about half. We also know that inflammatory hormones can directly push the brain into a state of severe depression. So, an inflamed brain is typically a depressed brain. And added sugars have a pro-inflammatory effect on the body and brain.”

Ilardi and his collaborators also identify sugar’s impact on the microbiome as a potential contributor to depression.

“Our bodies host over 10 trillion microbes and many of them know how to hack into the brain,” Ilardi said. “The symbiotic microbial species, the beneficial microbes, basically hack the brain to enhance our well-being. They want us to thrive so they can thrive. But there are also some opportunistic species that can be thought of as more purely parasitic – they don’t have our best interest in mind at all. Many of those parasitic microbes thrive on added sugars, and they can produce chemicals that push the brain in a state of anxiety and stress and depression. They’re also highly inflammatory.”

Ilardi recommended a minimally processed diet rich in plant-based foods and Omega-3 fatty acids for optimal psychological benefit. As for sugar, the KU researcher recommended caution – not just during the holidays, but year-round.

“There’s no one-size-fits-all approach to predicting exactly how any person’s body will react to any given food at any given dose,” Ilardi stated. “As a conservative guideline, based on our current state of knowledge, there could be some risk associated with high-dose sugar intake – probably anything above the American Heart Association guideline, which is 25 grams of added sugars per day.”