Mahogany is a commercially important wood, valued for its hardness and beauty. The United States is the world’s top importer of the tropical timber from leading producers like Peru and Brazil. Unfortunately, mahogany is harvested illegally a lot of the time. 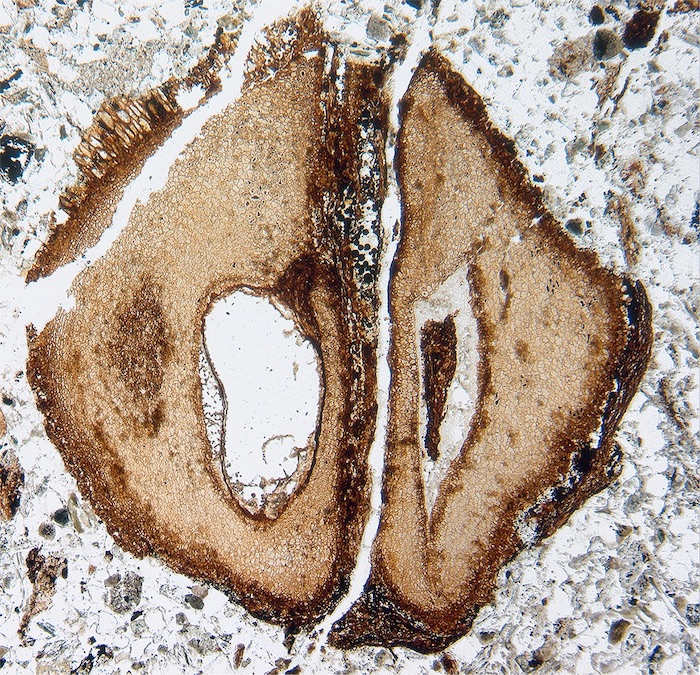 For science, mahogany is important, too — the fossil presence of the mahogany family is a telltale of where tropical forests once stood. Until recently, paleobotanists had only found evidence the mahogany family extended back to the Paleocene (about 60 million years ago).

Now, a new paper written by University of Kansas researcher Brian Atkinson in the American Journal of Botany shows the mahogany family goes back millions of years more, to the last hurrah of the dinosaurs, the Cretaceous.

“For understanding when many of the different branches of the tree of life evolved, we’re primarily dependent on the fossil record,” said Atkinson, an assistant professor of ecology & evolutionary biology and curator in the Biodiversity Institute’s Division of Paleobotany. “In this case, Meliaceae, the mahogany family, is an ecologically and economically important group of trees. A lot of researchers have used this group as a study system to better understand the evolution of tropical rainforests. This work is the first definitive evidence that the tropically important trees were around during the Cretaceous period, when we first start to see the modernization of ecosystems and modern groups of plants.” 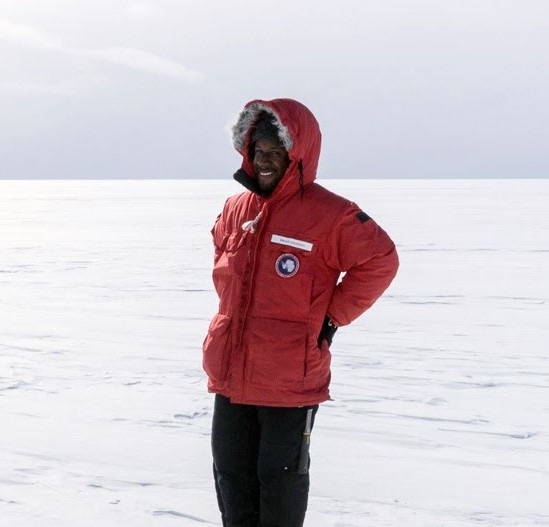 Atkinson’s new work pushes back the fossil record for Meliaceae by 15 to 20 million years, the Campanian stage of the Late Cretaceous, from between 72-79 million years ago. The well-preserved mahogany specimen Atkinson analyzed was discovered just off Vancouver Island in Canada.

“The rock that contained the specimen was collected by a local fossil collector, Graham Beard, who is the director of the Qualicum Beach Museum of Natural History,” Atkinson said. “He collected it years ago, but I was actually interested in the rock that has this fossil in it for something else. And as I kept preparing this rock, more for the other fossils were in there, this thing showed up by surprise. So, it was kind of found by accident.”

To pinpoint the fossil’s identity, Atkinson carefully studied the structure of the fossilized fruit and also analyzed phylogenetic information to figure out its relationship to other species in the mahogany family.

“I combined the molecular data from living representatives of the mahogany family with the morphology of the fossil, as well as the morphology of living species,” he said. “And then I subjugated that combined dataset to phylogenetic analyses, which allows us to reconstruct evolutionary relationships. Based on this analysis, we found the fossil is closely related to this genus called Melia, which is living today.”

The KU researcher gave the oldest-known mahogany fossil the scientific name Manchestercarpa vancouverensis — the species name signifies where the specimen was discovered, and the genus is named after an esteemed colleague in the field.

“I named it after a prolific paleobotanist who’s really improved our understanding of the evolution of flowering plants through the fossil record,” Atkinson said. “So, I named it in honor of Steve Manchester, who’s at the University of Florida Museum of Natural History.”

While it’s noteworthy that Atkinson has pushed back the origin story of mahogany, he stressed it also helps improve our understanding of the rate of early flowering plant evolution and, in turn, our grasp of larger modern ecosystems.

“They’re our most diverse group of plants on Earth, and so there’s a whole lot to explore,” he said. “And there are some cool things you can do methodologically that you might not be able to do with other groups of plants. I can really ask some exciting paleontological and general evolutionary questions with this group.”