LAWRENCE – President Donald Trump may have nearly ended the flow of refugees and other African immigrants to the United States, but a new study shows that at least those from Nigeria are well-educated, hardworking and contribute more to society than they cost the American social security system. The paper contrasts Nigerian newcomers with those from Somalia, whose work ethic is similarly strong, but whose lack of education hurts their employment prospects here.

The authors argue that Americans should “reconsider the treatment of African immigrants as a collective group, as this obscures differences between immigrants from different African countries and the ways they adjust to life in the U.S.” 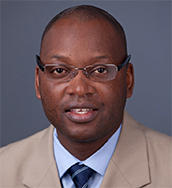 Abel Chikanda, assistant professor of African & African American studies and geography, and a KU doctoral student, Julie Morris, are the co-authors of a paper published this spring in the journal African Geographical Review. In it, they compare and contrast the incorporation (they prefer that term to “integration”) of immigrants from two African nations – Nigeria and Somalia – using data from the 2017 American Community Survey of the U.S. Census Bureau.

Chikanda, who was born in Zimbabwe, said he had long noted that those outside Africa tend to regard all African immigrants as part of the same group, ignoring the fact that there are 55 countries on the continent.

“I wanted to challenge this notion of treating African immigrants as one unified entity,” Chikanda said, “so I purposefully chose two groups — the Nigerians, who have a long immigration history, and then the other group from Somalia. They are coming from a war-torn country as refugees. They don't have high levels of education, and they have another handicap of being Muslim. So I wanted to see how these two distinct African groups are formed when they enter into U.S. society.” 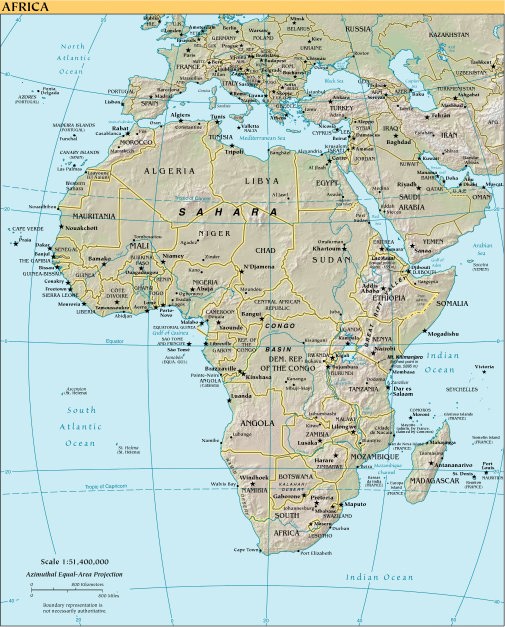 And while there are differences among people from various African countries, when considered as a whole, the authors write, “Compared to the U.S. population, the African-born immigrant population is generally more youthful with 81.3% falling in the 18-64 age group, compared to 61.8% for the national population.”

Their relative youth is one reason why these immigrants are net contributors to American society, the authors wrote. They are “likely to exert less pressure on the country’s pension and social security system. In the absence of significant barriers to employment opportunities, African-born immigrants are strategically positioned to make a net positive contribution to the country’s social security system.”

And while relatively lower levels of development in Africa lead Americans to assume that African immigrants are less well-educated, “Data from the ACS shows that African-born immigrants aged 25 and over possess high levels of education comparable to, if not better than, the average American population.”

Refugees who flee to the country are expected to be self-sufficient within six months of arriving – when government benefits run out, Chikanda said. Thus, perhaps it should not be surprising that data from the ACS show that “the labor force participation rates of African-born immigrants are higher than that of the foreign-born population and the general U.S. population,” the authors wrote.

The “participation rate” is the number of employed and unemployed-but-looking as a percentage of the population ages 16 years and over.

The rate for African immigrants, the study found, was roughly 73%, or about 10 percentage points greater than for native-born Americans. This makes sense because the immigrants almost never have the generational family wealth or high-earning spouse that permits some Americans to avoid working.

Even if higher rates of labor force participation do not automatically translate to higher rates of employment, the gap between immigrants and the U.S.-born population held true in 2017, the study found.

The authors wrote: “Overall, African-born immigrants aged 16 and over have a higher rate of employment (69.2%) relative to the foreign-born population (63.1%) and the general US population (59.9%).”

The study also notes significant differences between Nigerian immigrants, who mostly come from that country’s south, and Somalis. For one thing, with its history of British colonization, many more Nigerians speak English upon arrival in the U.S. than do Somalis. That makes the Nigerians’ transition easier in almost every respect.

“For the Nigerian-born immigrants, the proportion that possesses at least a bachelor's degree is 60.5%,” Chikanda said. “But when we look at the Somali-born population ... that's about 15%.”

That higher level of education and English skill has translated into better jobs – a significant percentage of them managerial — for the Nigerian immigrants, Chikanda said.

Social service agencies across the country have found themselves with few refugees to resettle under the Trump administration, resulting in cuts to their funding and staff, Chikanda said. But if there is a bright side to the restrictions on newcomers, he said, it is that resettlement agencies can devote more time to helping those who made it to these shores.