LAWRENCE – For Matt Jacobson, the lesson of his first Emmy Award nomination was pretty simple: When someone you respect invites you to come out and play, go.

Jacobson, professor of film & media studies at the University of Kansas, and Jeremy Osbern, his former student and now filmmaking collaborator, have been nominated for a Daytime Emmy Award for their cinematography on the web-based series “The Square Root.” The award ceremony, which was originally set for June 26, has been postponed to July 26. They won an Indie Series Award in the same category June 19. 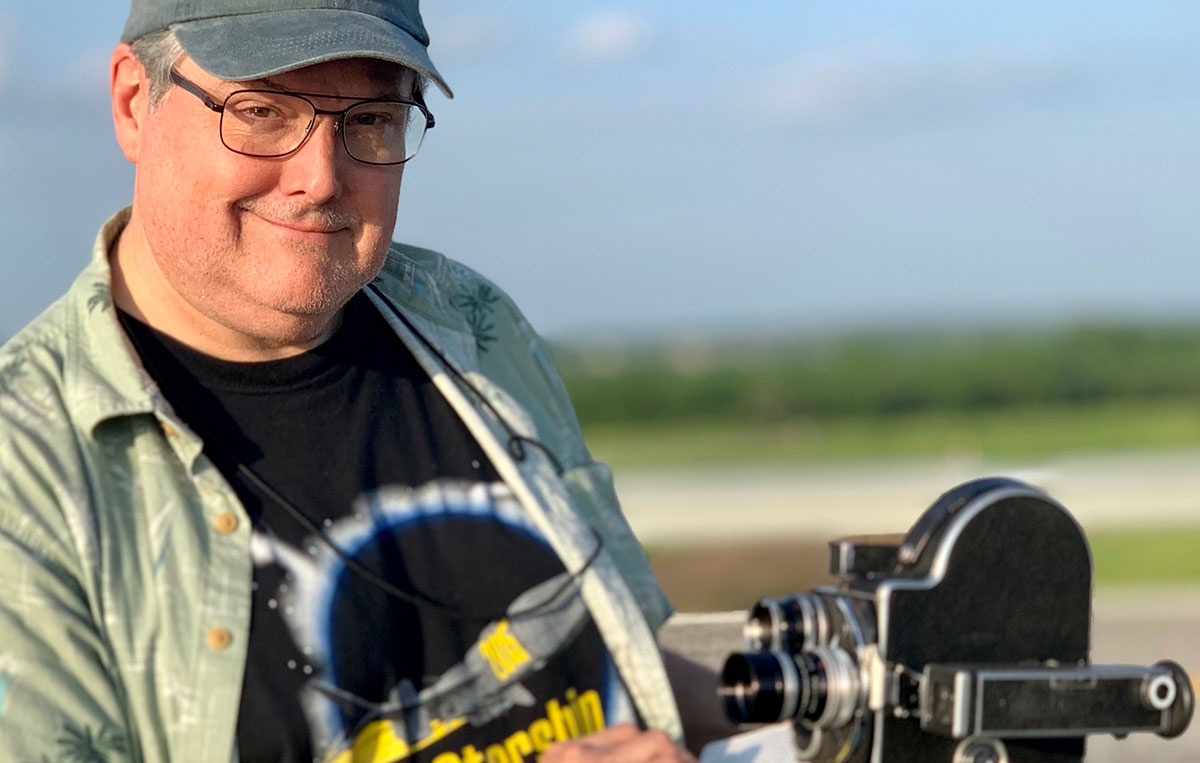 Osbern had invited Jacobson to shoot certain sequences in the four-episode series on 16mm film, while the rest of the series was shot using digital technology.

Jacobson is probably best known for his work with fellow KU film professor (and Academy Award winner) Kevin Willmott on such independent films as “Jayhawkers” and “C.S.A.: The Confederate States of America.” But he’s been making movies for nearly 35 years. He participated in the transition from an industry in which works were predominantly made on celluloid film to one in which they are primarily made with digital technology.

But Jacobson insists there is still a place for both in 2020.

“While there are a significant number of projects that are being shot digitally, and there are more and more every year, there still is enough of a cachet for film that it's still a viable production medium. Film is becoming more and more a boutique industry, rather than a workhorse. For most projects, digital capture is fine. But if you want to achieve a specific look, if you want to achieve a specific feel, you still need film.”

Jacobson noted that one shot he filmed on the shore of Clinton Lake required him to operate a camera over a 12-hour period on one of the hottest days of the year for what ended up as a five-second sequence.

“Looking at the finished piece,” Jacobson said, “the shot is so unique that it was definitely worth the effort.”

Jacobson said that while he has great confidence in the Osbern-Boland production team, he had no idea that “The Square Root” would be so successful when they brought him in last summer. The series consists of four short episodes that explore the lives of a troubled couple from a variety of angles. So far, it has been shown in about a dozen film festivals around the world, winning awards at several.

“Jeremy and Misti will probably end up selling it to a streaming service like Amazon or Hulu,” Jacobson said. “But for right now, in the competitions and on the festival circuit that we’re on, it's doing gangbusters.”

Jacobson said the series is “about those moments in people's lives when they make a decision that affects not only their life, but the lives of the people around them. It's very fast-paced ... really cutting out a lot of the unnecessary pieces in a narrative. In some ways, it's almost like a music video without music or without a single song running through. But it enables a director of photography or cinematographer to come up with some really arresting visuals that push the story forward as much as the performances that the actors are giving.”

Jacobson said when he brought out his trusty Bolex camera on the shoot, others in the crew crowded around, taking cellphone photos of the retro tech, which they posted on Instagram. It was part of a range of old and new technology the producers employed in the series. The final episode, on which Jacobson was not involved, was shot and edited using a virtual reality 3D camera. Shots of the same two actors speaking related bits of dialogue were made multiple times, from different angles, then melded together in post-production. The viewer can click and drag their mouse to look around the room and see and hear the action from multiple angles.

The differing forms of technology – and the different people who used them to make the series – make for a richer viewing experience, Jacobson said.

“You are going to get a different result,” he said. “It might not be obviously different to a layperson, but it will affect the way that people see the image in a way that makes them realize without realizing that they're watching something that's different than another scene or shot in the movie.

“It's kind of like when you're cooking, and the stock can be made from a dozen different things — vegetable leftovers and bones and all of these things — and it adds an indefinable flavor to the piece that makes it that much deeper and that much richer. Well, having two sets of eyes on the film I think really helped it as well.”

Video: The trailer for "The Square Root," a series of short episodes produced in Kansas with artistic contributions by Matt Jacobson, KU professor of film & media studies.

Photo: Matt Jacobson shooting on the set of "The Square Root" in 2019. Credit: Courtesy of Through a Glass Productions.