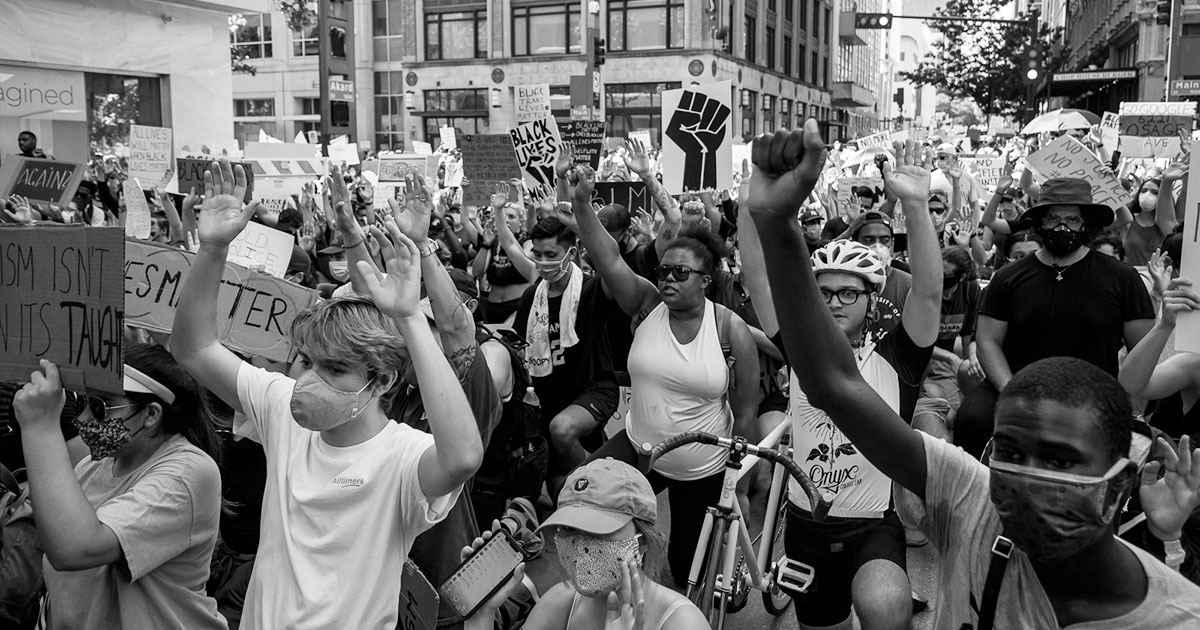 LAWRENCE – Dorthy Pennington has been writing and teaching about the difficulty of overcoming barriers to interracial and intercultural communication for decades at the University of Kansas. So this spring’s explosion of sometimes violent street protests over the police killing of George Floyd in Minneapolis — and the subsequent Black Lives/All Lives Matter arguments on social media — hardly surprised her. 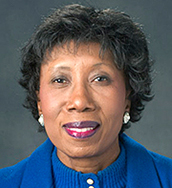 “America has peaks of intercultural or interracial communication where there are public displays of antagonism in a cyclical way, in the sense that there are hot moments,” said Pennington, associate professor of communications studies. “There are moments when mass media – plural — are consumed with it, and then it fades from the media's attention until another precipitous moment occurs. So it goes back and forth. I would say that what we are going through now is another precipitous moment that is precipitated by some of the actions we've seen captured in mass media. So media play a great role in how the cycle is looked at, compared to similar events in history.”

Pennington is co-author of one of the pioneering books in interracial communication, “Crossing Difference ... Interracial Communication,” published in 1976 by Charles E. Merrill Publishing, which included the importance of understanding the power dynamics in interracial communication. Similar to the current precipitous dynamics in race relations, the book described the predominant form of power that African Americans have as being that of reactive power; that is, the power of agitation and protest for change.

Pennington wrote about her career in a 2018 article titled “Interiority as Epistemology: Situating Myself in the Central States Communication Association” in the journal Communication Studies. The article will be reprinted as a chapter in the new book “Connections and Inclusions: Intercultural Communication in Communication Studies Scholarship,” (Routledge/Taylor and Francis Publishers, 2020) edited by Ahmet Atay and Alberto Gonzalez.

“I was referring specifically to the craft of writing or speaking or communicating, where a writer's sense of self — inner thoughts, feelings, based upon experiences — are related in such a way that he or she hopes the audience can at least identify with, if not experience it vicariously through empathy.”

Identification with the other and empathy are at the root of Pennington’s prescription for better interracial, intercultural communication. She said it is contained in a book manuscript she’s been working on, in which she spells out some of the lessons she has learned while consulting with private industry over the years.

“People who are out there on the battlefront, so to speak, want practical answers that they can use in their organization, rather than something theoretical that needs to be further explained to them,” Pennington said. “In my draft, I've got six of these things that I'm recognizing for better race relations. Number one is an identification with the other, where all racial barriers have been crossed. Number two is having a spirit of goodwill, a predisposition for good, genuine race relations. Number three is knowledge, education, awareness and information that helps you to understand the other person better ... their history, their cultural experiences, their worldview, so as to understand their perspectives and to not be offensive or insulting to them, being sensitive to other people's needs. Number four is an ethic of caring, being concerned about other people's welfare. Number five would be the need to have adequate skills. That is, knowing and doing what is necessary in order to enhance cordial race relations.

“And then number six would be a willingness to positively engage with the other, being action-oriented ... reaching out, taking the initiative in establishing and maintaining good race relations. Those are my ways of bringing the races together.”

So what does she think of the current moment? Will it lead to long-lasting improvements in interracial communication?

“I think there's more consciousness of the need for it,” Pennington said. “Part of that is based upon the goodwill of people who really do want to understand other people better. And then the other part of it is more mandated by the EEOC (Equal Employment Opportunity Commission), or places that require people to have training in diversity. Now, most major institutions, organizations and corporations are using the diversity, equity and inclusion language as a way of coming to grips with the fact that that's what the world will require in a global marketplace.”