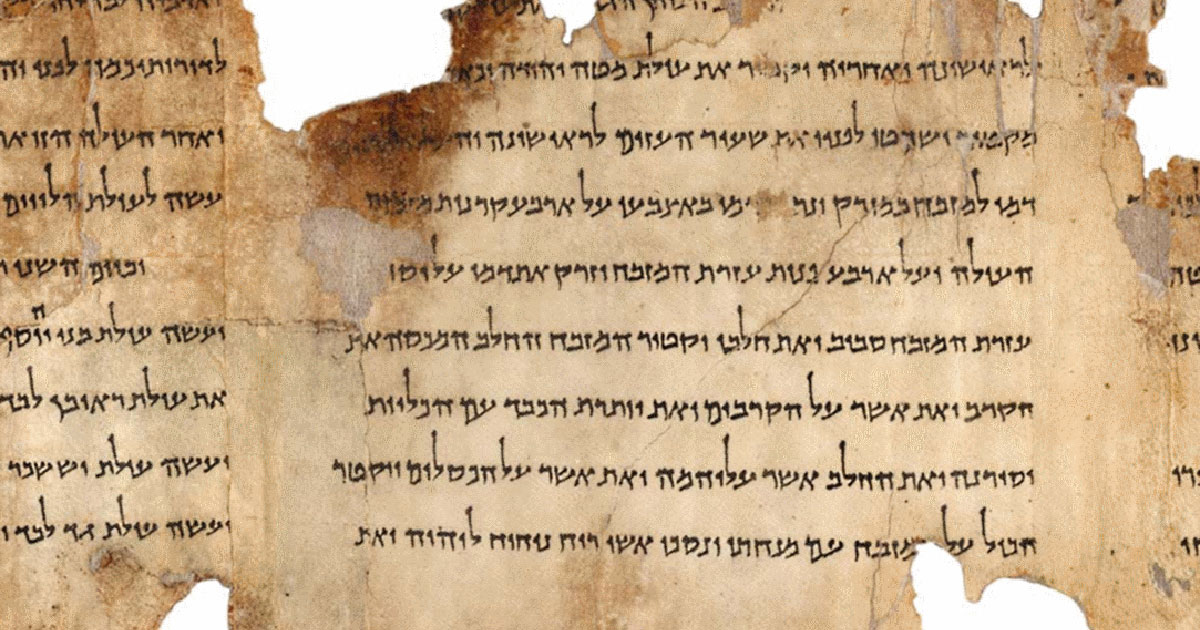 LAWRENCE – The exact identity and philosophy of the sect of Jewish scribes who wrote the Dead Sea Scrolls around the time of Jesus – often called the Essenes — are part of the mystery that has surrounded the scrolls since their 1947 discovery became known to the world. 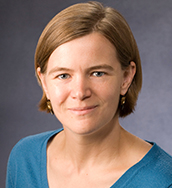 In Molly Zahn's new book, “Genres of Rewriting in Second Temple Judaism” (Cambridge University Press), the University of Kansas associate professor of religious studies contends that the literary practices of these early Jewish scribes give us clues about their religious beliefs.

By comparing textual differences among various copies of the scrolls discovered in caves at Qumran, and then comparing those with later canonical versions of books like Exodus and Jeremiah, Zahn concluded that the scribes who wrote the Dead Sea Scrolls believed they had a literary license to change Scripture. Indeed, she wrote, they saw themselves as partners with the deity in the process of revelation.

Zahn lays out the scribes’ additions, subtractions and other changes in a series of side-by-side comparison charts in the book.

“It's really hard for us to get our heads around this, given our modern concepts of authorship,” Zahn said in a recent interview.

As she puts it in the book, “Literary texts were not seen as the creative work of an individual author but as repositories of ancient tradition or divinely revealed wisdom.”

Among the nearly 1,000 different texts that make up the Dead Sea Scrolls, Zahn deals with sections of some books that wound up in the Bible – like Jeremiah and Exodus – and several more that did not, like the Temple Scroll, the Book of Jubilees and other, even lesser-known sectarian works.

She wrote that these texts, “including those later collected in the Hebrew Bible were the products of many hands and existed in multiple forms simultaneously. Composers of new works drew freely on older works in a variety of ways, from making a known character the protagonist of an entirely new text to recycling whole paragraphs of earlier works in a new context. All of this was done anonymously: Nearly no one attached their own name to a literary text they had written, nor did they ‘cite their sources’ when they reused material from older texts.

“Scribes who copied texts frequently added, changed or omitted content – without giving any indication in the manuscript that they had done so.”

Zahn did all her own translations of the Second Temple-era Hebrew used in the book, using digitized copies that have helped proliferate 21st century scholarship on the scrolls.

Zahn said she has been fascinated by the Dead Sea Scrolls since she learned about them as an undergraduate.

“I got interested first in a text called the Temple Scroll, which is a really long text that was unknown before we found the Dead Sea Scrolls,” she said. “It contains a plan for a gigantic temple, with all the altars and furnishings. Then it contains all these laws that are basically taken from the books of Deuteronomy and Leviticus and rewritten, revised and put in a new order – along with some new laws that we've never seen before.

“It's interpreting all these earlier traditions. It’s interpreting biblical law. But it presents itself as the words of God speaking to Moses on Sinai.... How does this thing get written centuries after the Book of Deuteronomy was written? This was a time when Torah was already seen as authoritative and sacred, which we used to assume means you can’t go in and change it. And yet here's this text that claims to be more authoritative than the Book of Deuteronomy. You can still write a text and attribute it to God speaking directly from Mount Sinai. I just found that completely fascinating. And then there are other similar cases.”

That’s what the new book is dedicated to exploring in depth.

Zahn said the evidence of rewriting in the Dead Sea Scrolls “teaches us things about what early Judaism and early Christianity might have been like that are not in line with traditional Christian and Jewish ideas, especially about Scripture and about the origins of Scripture.”

Zahn does not image the sectarian scribes sitting at desks, copying other books like monks in the Middle Ages.

“It’s really becoming clear that that's not the way people studied or learned texts, that a lot of the textual culture was oral,” Zahn said. “Even though people were writing things down and transmitting written copies, most people would experience those texts read out loud. And a lot of emphasis was placed on memorization of texts.

“When people were studying these texts and interpreting them, this would largely be in a group context. So imagine a Bible or Torah study today, maybe, with someone leading and offering insights.

“So when scribes went to copy a text, they’re not necessarily just thinking of what's in front of them, but they’ve got this whole store of texts they’ve memorized that might be relevant to what they are writing, and also what they know from these communal study sessions. One scroll, the Community Rule, actually prescribes group study sessions every night for the sectarians.

“So I think when scribes wrote something that's different from an earlier version, they probably thought, ‘This is what we know to be true about this text, this tradition. And it just isn't in this copy, but it should be in this copy because ... that's what we've learned in our group.’ There was this whole body of traditions or teachings that scribes knew that then works its way into the written textual tradition at different points.”

Photo: Detail from a portion of the Temple Scroll, labeled 11Q19, one of the longest of the Dead Sea Scrolls. Credit: The Israel Museum’s Dead Sea Scrolls Digital Project