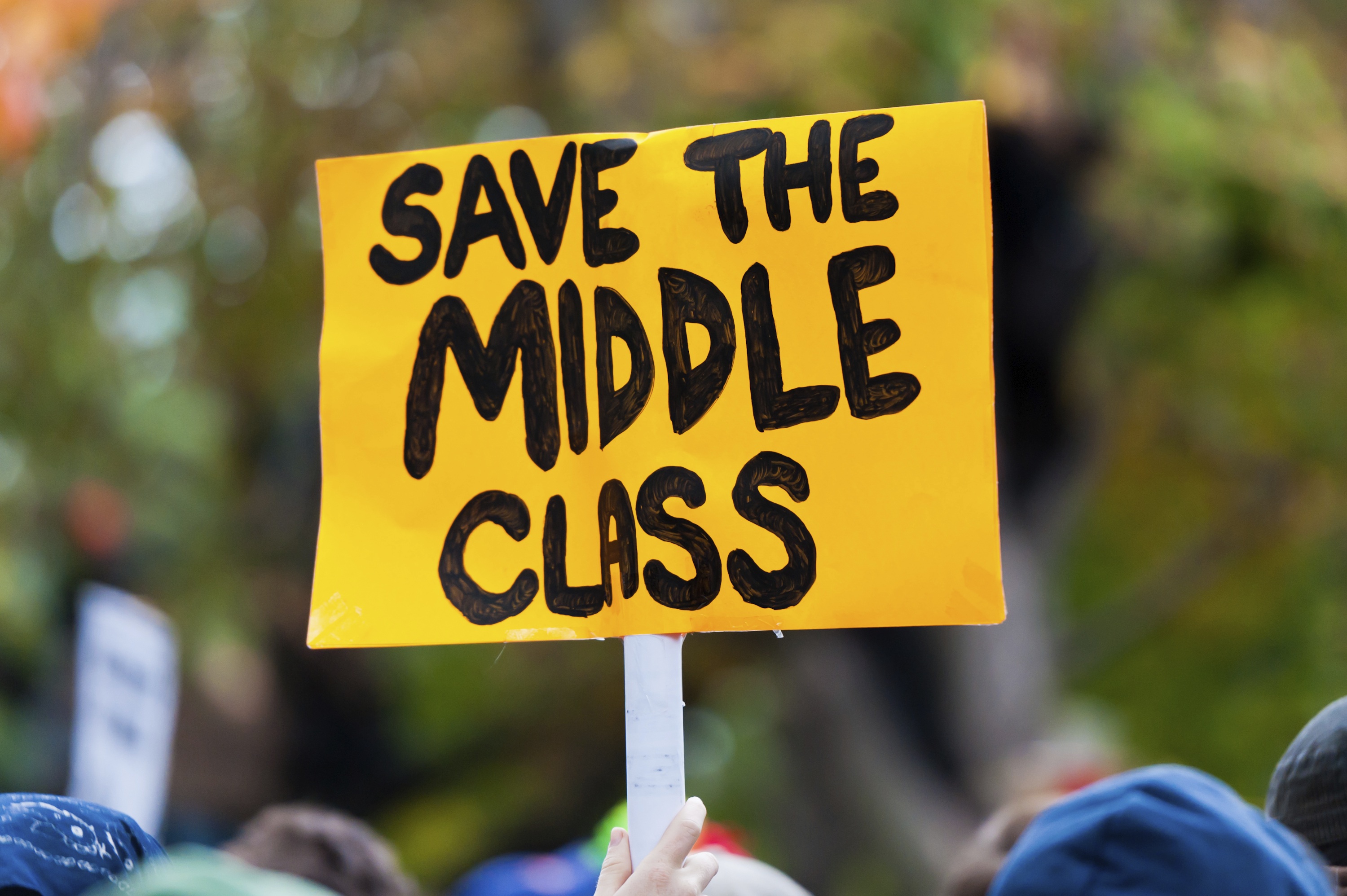 LAWRENCE — There was a time when politicians didn’t pay much attention to the middle class.

Or at least politicians didn’t claim they did.

“Through the 19th century, almost nobody self-consciously thought about themselves as middle class,” said David Roediger, the Foundation Professor of American Studies at the University of Kansas. “The mass embrace of the term is kind of a Cold War product. And it didn’t really enter U.S. presidential politics until the 1990s.” 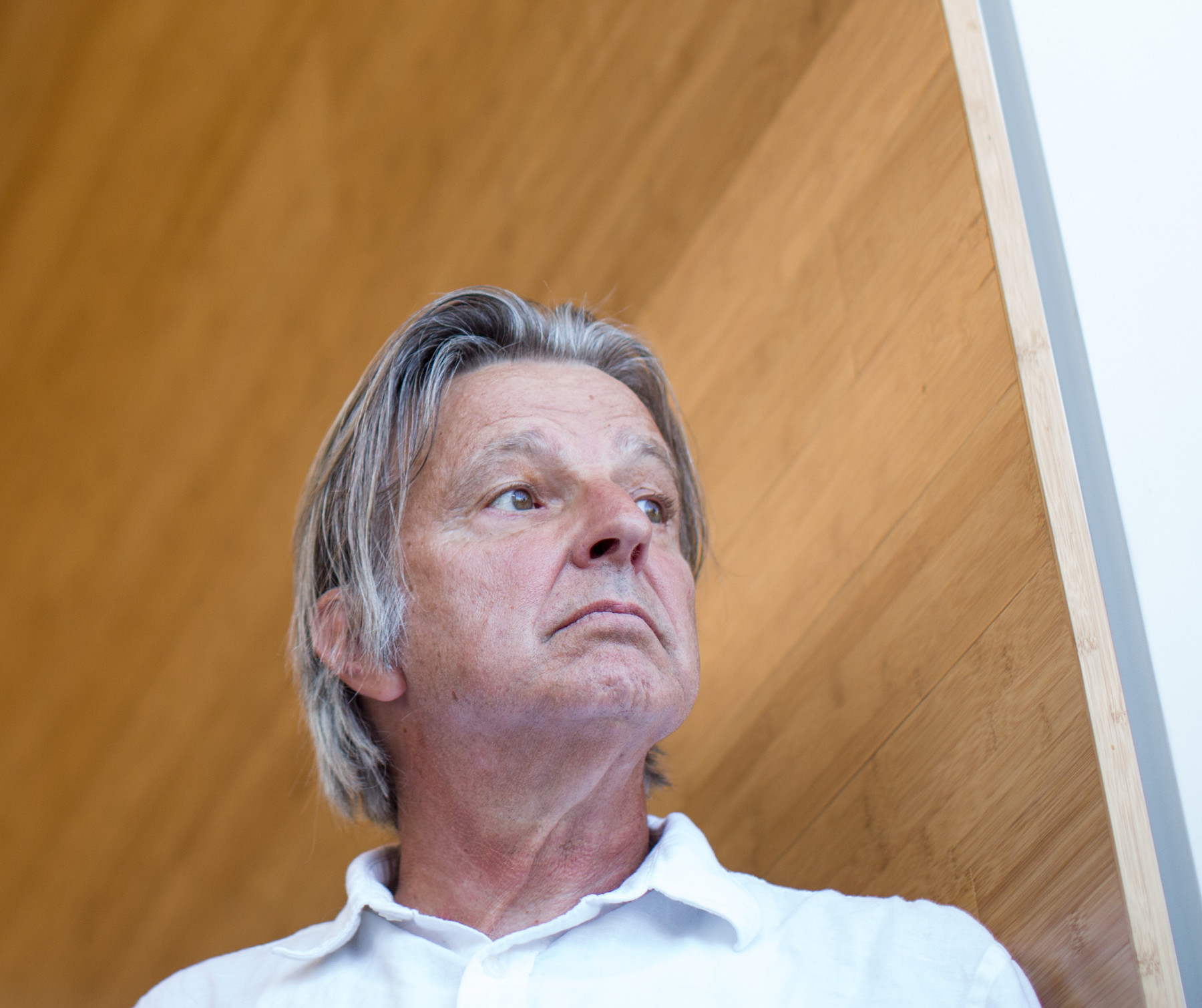 His latest book, “The Sinking Middle Class: A Political History,” refutes the concept that the United States is a middle-class nation while tracing the history of how the designation became a vote-pandering issue for rival parties. Published by OR Books on Oct. 8, advance copies are currently available.

“We’re so used to political campaigns featuring appeals to the middle class — and to hearing most people think of themselves as such — that we don’t imagine these things have a history,” he said.

“But where did this constant bipartisan outcry to save the ‘middle class’ come from? When did it happen? That’s what got me interested in writing the book.”

Roediger deliberately chose the word “sinking” for the title. It was inspired by a passage written by futurist author George Orwell that decreed the middle class should not fear sinking into the working class “where we belong.”

Part of the problem with the middle class is actually defining it. It’s one of those words such as “freedom” or “pornography” that means very different things to different people.

“That’s one of the reasons such extravagant claims can be made about it,” he said.

“When I started writing this book in 2012, the presidential race was between Mitt Romney and Barack Obama, and they both really went all in on appealing to the middle class. They both said it was anybody making less than a quarter of a million dollars a year. Their experts then said, ‘If you can win that strata, you can win the election.’ Well, of course; that strata includes almost everybody in the country.”

He explains the parties put forth a completely arbitrary figure. The “less than $250,000 a year” only became concrete when relief proposals needed to determine what qualified as a middle-class tax cut.

Yet money isn’t the only factor that establishes a middle-class baseline.

Many social scientists believe the term is wholly dependent on self-identification.

Roediger said, “You might be a Starbucks worker and making $22,000 a year. You might be an executive in a corporation making 30 times that. But as long as you think of yourself as a middle-class person …”

Unlike a Marxist definition — where you’re in a class because you either own things or you’re working for somebody who does — middle class includes all kinds of different relationships with one’s job and geographic proximity. After all, that $250,000 figure means something entirely different to a resident of Brooklyn than it does a resident of Wichita.

“Most people, when asked to self-identify, have in mind their own community,” he said.

Ultimately, what political party is best for the middle class during this election year?

“I don’t think either really has much to offer the middle class, and especially they’ve little to offer people with working-class jobs, incomes and wealth,” Roediger said.

His book devotes several chapters explaining why that’s the case.

“When the Republicans claim to save the middle class, it means tax cuts, which overwhelmingly went to people who if they’re even in the middle class are in the absolute upper reaches of it,” he said. “To the Democrats, saving the middle class has been tied to this one peculiar place in Michigan they obsess over: Macomb County.”

A county that is predominantly white (85% at the last census), Roediger said Democrats have polling data that shows residents of this county are “extraordinarily anti-black, anti-Detroit, anti-welfare, anti-busing, anti all of these ‘liberal’ things.”

“So the function of the middle class for Democratic politicians has been to say we can’t go too far on pro-union or pro-fair trade policies that are meaningful. What we can do is court the middle class by not talking too much about racial justice, for example,” he said.

Raised in Illinois within a family he described as “on this line between what people would call middle class and what I would call working class,” Roediger is now in his seventh year at KU. His areas of research include the histories of the labor movement and slavery.

His 1991 book, “The Wages of Whiteness: Race and the Making of the American Working Class,” is considered one of the foundational works in whiteness studies.

At first, he didn’t consider “The Sinking Middle Class” to be a companion piece to that opus.

“As I look at it now, a lot of the content actually does end up talking about how middle class really means the white middle class in the United States,” he said. “When politicians use the term, we’re meant to understand they’re talking about the kinds of folks who live in Macomb County. So this book ends up being more about race and class than I thought it was going to be.”