LAWRENCE — A University of Kansas astronomer played a key role on the team that today announced the first-ever discovery of a planet orbiting a white dwarf star. The finding, published in Nature, shows the likely presence of a Jupiter-sized planet, named WD 1856 b, orbiting the smaller star remnant every 34 hours. 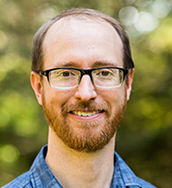 “This planet is roughly the size of Jupiter, but it also has a very short orbital period — a year on this planet is only 1.4 days, so it’s quickly whipping around its white dwarf star,” said Ian Crossfield, assistant professor of physics & astronomy at KU, who is a co-author on the paper.

A white dwarf is the vestige of a star, like our sun, that has ballooned into a red giant then collapsed back into a dense, dim core that’s often about the size of Earth; so this planet is much larger than what’s left of its star. The process usually devours orbiting planets — but not in the case of WD 1856 b, which appears somehow to have avoided destruction.

“This tells us white dwarfs can have planets, which is something we didn’t know before,” Crossfield said. “There are people who now are looking for transiting planets around white dwarfs that could be potentially habitable. It’d be a pretty weird system, and you’d have to think about how the planets actually survived all that time. But it’s a big universe. Now we at least know some kinds of planets can survive and be found there, so that gives greater support and greater interest in continuing the search for even smaller planets around these white dwarfs.”

At first, WD 1856 b captured astronomers’ interest when they noticed a possible transiting object with NASA’s TESS Space Telescope survey. 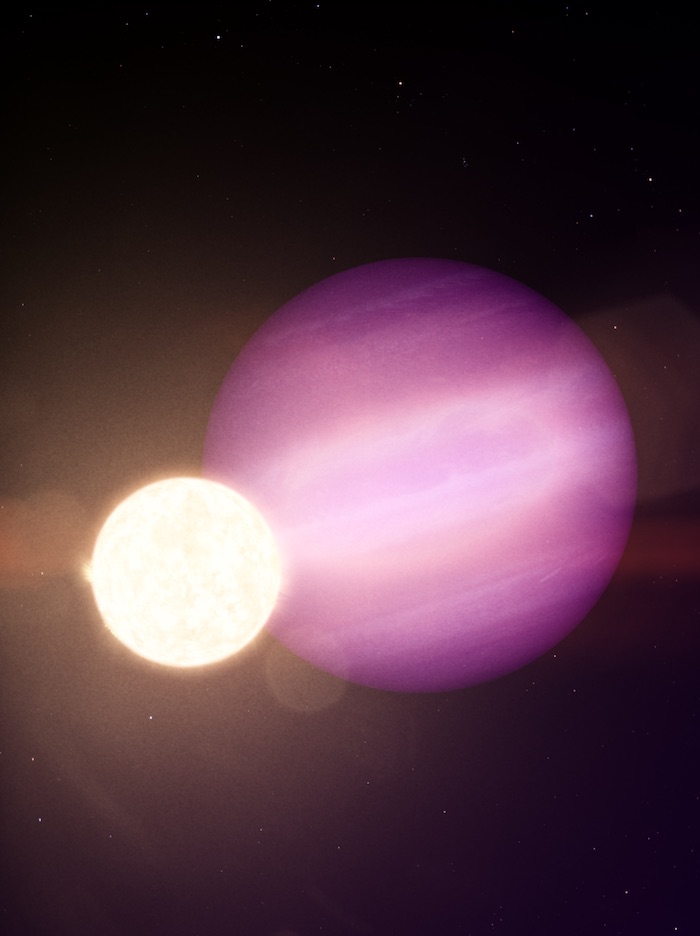 “TESS finds a planet by looking at a star, and it measures how bright the star is continuously for weeks,” he said. “If a planet is orbiting the star, and if the planet passes between you and the star, some of that star’s light is going to be blocked. Then the star will get brighter again as the planet passes — we call this the ‘transit’ of the planet. And so, TESS looks for transiting exoplanet satellites. It tells you that something is there — but it doesn’t necessarily tell you what it is because it could be another dim star passing in front instead of a planet.”

To help the international team of scientists confirm if WD 1856 b indeed was a planet orbiting the white dwarf, Crossfield studied the object’s infrared emissions with NASA’s now-defunct Spitzer Space Telescope in the months leading up to the satellite telescope’s decommission.

“For this white dwarf object, it’s tough to measure the mass of it — so we knew how big it was, but not how heavy it was,” he said. “This new object could have been a small star or a big planet. The way we could tell the difference was to look and see — is this thing emitting infrared light as well? If it’s a star, stars are generally hotter than planets and it should be glowing in the infrared. But if it’s just a planet, planets are generally colder than stars and so there should be a little or no infrared light. What our Spitzer data showed is there’s basically no infrared light at all. And the depths of these transits are identical between the TESS data and our Spitzer datasets. That really put the final nail in the coffin that this thing is almost certainly a planet, rather than a star.”

WD 1856 b is located about 80 light years away in the northern constellation Draco. The team behind the paper believes the gaseous planet was pulled in by the white dwarf’s gravity long after the star had dwindled down from its red giant phase — otherwise the planet would have been obliterated in its current orbit.

Asked if the discovery of the first planet orbiting a white dwarf meant the Earth stood a chance of surviving the sun’s red-giant phase in the distant future, Crossfield said it remained unlikely.

“In around five billion years our sun will become a white dwarf. There’s a lot of open questions about whether planets can survive the process of a star inflating up to become a red giant, swallowing up some of the inner planets, and then shrinking back down and just being left over as the white dwarf again. Can planets actually survive that — or is that impossible? And until now, there weren’t any known planets around white dwarfs.”