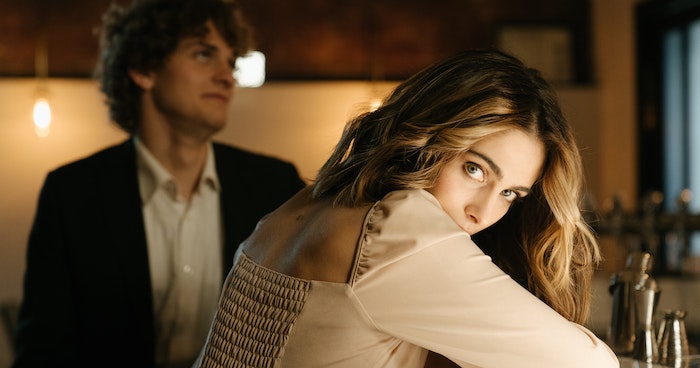 LAWRENCE — “She was totally flirting with you,” my friend told me after the hosts left our table.

“No, she wasn’t. She was just being polite,” said another friend.

Misunderstandings about flirting can potentially result in awkwardness or even accusations of sexual harassment. How can we figure out what other people mean when they smile at us? Is there a unique, identifiable facial expression representing flirting — and if there is, what does it convey, and how effective is it?

Although flirting is mentioned a lot in the general media, and examples are everywhere, there is relatively little scientific work on the topic of flirting, its underlying mechanisms and function.

Now, a new paper by researchers based at the University of Kansas has been published in the Journal of Sex Research examining if flirting has a particular facial cue effectively used by women to indicate interest in a man.

“There are very few scientific articles out there that have systematically studied this well-known phenomenon,” said Omri Gillath, professor of psychology at KU, who co-wrote the paper. “None of these studies have identified the flirting facial expression and tested its effects.”

Gillath’s collaborators were lead author Parnia Haj-Mohamadi, a doctoral student in psychology at KU, and Erika Rosenberg of the University of California-Davis.

The researchers found internal states — such as being romantically or sexually interested in someone — can be conveyed to others nonverbally through facial expression.

In other words — flirting works.

“Across our six studies, we found most men were able to recognize a certain female facial expression as representing flirting,” Gillath said. “It has a unique morphology, and it’s different from expressions that have similar features — for example, smiling — but aren’t identified by men as flirting expression.”

In the studies, women — some professional actresses and some volunteers from the community — were asked either to spontaneously pose a flirting expression (similar to what they’d use at a bar to get attention from a potential mate) or to follow instructions based on existing anthropological literature for what researchers define as flirting.

The team found some women are more effective than others in effectively conveying a flirtatious facial cue, while some men are better at recognizing this cue. Beyond these individual differences, a few expressions were identified by most (if not all) men as flirting.

The researchers used the Facial Action Coding System (FACS) to classify the morphology of highly recognized flirtatious facial expressions. The coding showed the most effective flirting cues include a head turned to one side and tilted down slightly, a slight smile, and eyes turned forward toward the implied target.

After identifying these most recognized expressions of flirting, the researchers used them in experimental studies.

“Our findings support the role of flirtatious expression in communication and mating initiation,” Gillath said. “For the first time, not only were we able to isolate and identify the expressions that represent flirting, but we were also able to reveal their function — to activate associations related with relationships and sex.”

The new paper puts flirting in the same category as other well-studied emotions and provides researchers with tools to further study the functions of flirting. It can also give sometimes clueless men, like the one in the example above, a more concrete way to figure out if a woman is truly flirting.