LAWRENCE – Six current seniors and a recent graduate have been endorsed for prestigious fellowships for study in the United Kingdom and Ireland with the support of the University of Kansas Office of Fellowships. 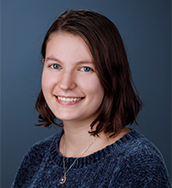 Emerson Karsh-Lombardo, of Bozeman, Montana, is the daughter of Kimberly Karsh and Daniel Goldberg and Sam Lombardo and a graduate of Fairview High School in Boulder, Colorado. Karsh-Lombardo is a member of the University Honors Program, double-majoring in human sexuality and psychology, with a minor in Jewish studies. Karsh-Lombardo's extensive research and service experiences center on human sexuality and sex education. She has held student leadership positions with the Sexual Assault Prevention and Education Center and the CARE Sisters Program. She also developed and served as the first director of diversity and inclusion for KU’s Panhellenic board. Locally, she has volunteered with the Let’s Talk program, a Lawrence-based nonprofit that provides inclusive, comprehensive sex education. She is also involved with KU Hillel, where she serves as a media and marketing intern. She spent summer 2019 in Israel, where she worked with different organizations working on women’s economic empowerment and Jewish-Arab relations. 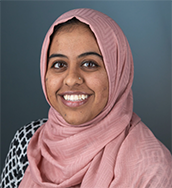 Aroog Khaliq, Overland Park, is the daughter of Abdul and Shazia Khaliq. A graduate of Blue Valley West High School, Khaliq is majoring in psychology and English (creative writing). Khaliq is a Chancellor’s Scholar, a member of the University Honors Program, was selected as a sophomore for the University Scholars Program and elected as a junior to Phi Beta Kappa. Khaliq is a pre-medical student who has interned at KU Medical Center and volunteered with local health care providers. She has served as freshman seminar assistant in the University Honors Program and as a student representative on the Office of First-Year Experience’s Common Book Selection Committee. Khaliq is currently executive director of the Center for Community Outreach, where she has developed new accountability systems for logging volunteer hours and served as development director. She is an opinion columnist and previously served as opinion editor for the University Daily Kansan. 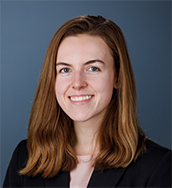 Abby Neal, Kansas City, Kansas, is the daughter of Lance and Dana Neal and a graduate of Piper High School in Kansas City, Kansas. A member of the University Honors Program, she is double-majoring in environmental studies and political science. As a sophomore, she was selected for the Global Scholars Program. She has been involved in undergraduate research with the Kansas Biological Survey and on child health. She has served on the Student Advisory Board of the Dole Institute of Politics and with the KU Young Democrats. During spring and summer 2020, she worked with the Environmental and Energy Study Institute in Washington, D.C., first in person and then remotely. Currently, she is working remotely as a State Carbon Pricing Network fellow for Climate XChange. She is a founding member and current secretary and treasurer of the KU Beekeeping Club and has been involved in service organizations such as Alternative Breaks and Omega Phi Alpha service sorority. 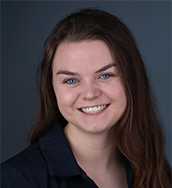 Samiyah Para-Cremer, from Mukwonago, Wisconsin, is the daughter of Mahin Para-Cremer and James Para-Cremer and a graduate of Mukwonago High School. She graduated in May with a triple major in applied behavioral science, law & society and Spanish. Para-Cremer completed the University Honors Program and was selected as a sophomore for the competitive University Scholars Program. She was elected as a junior to Phi Beta Kappa. Para-Cremer was involved in undergraduate research since her freshman year, working with a variety of organizations, and twice received Undergraduate Research Awards for her own research projects on anti-human trafficking taskforces. She has held internships with Kansas Appleseed and volunteered with a variety of organizations, including the Lawrence Public Library, Plymouth Language Program and Global Brigades at KU, ThrYve in Kansas City and the TECHO program at the University of San Andrés in Victoria, Argentina, while she was studying abroad. She is currently at Oxford University studying for a master's degree in evidence-based social intervention and policy evaluation. 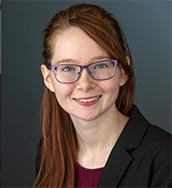 Laura Phillips, Perry, is the daughter of Jean Phillips and Steve Phillips. A graduate of Free State High School, Phillips is majoring in classical languages and ecology, evolution & organismal biology. Phillips has been a coordinator at the Center for Community Outreach for the Earth program since her freshman year. Phillips focuses on sustainable gardening and food security within the program. She has also worked for the Kansas Trails Council to help build and publicize hiking trails, with a focus on conservation and sustainable trail building. Phillips has spent several summers in the Rocky Mountains at Philmont Scout Ranch, working on fire rehabilitation and forestry management, and leading backpacking treks for high schoolers interested in ecology.  She has worked at the KU Monarch Watch Lab and conducts sustainable agriculture research with Maggie Wagner, assistant professor of ecology & evolutionary biology. In April, she received an honorable mention from the Udall Foundation. This summer, she served as an intern for Lawrence-Douglas County Public Health. 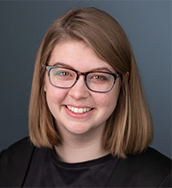 Meredith Shaheed, from Lawrence, is the daughter of Gail and Peter Shaheed and a graduate of Free State High School. Shaheed is triple-majoring in environmental studies, history and political science. She is a member of the University Honors Program and was selected as a sophomore for the University Scholars Program. At KU, Shaheed has served on the executive boards of Young Democrats Club and the All-Scholarship Hall Council, served as a student senator for two years and worked as an orientation assistant and orientation coordinator for the Office of First-Year Experience. During the 2018 election, she worked as a campus organizer for the Kansas Democratic Party. She spent fall 2019 studying rainforest and reef ecology in Australia, including a month conducting original research at Christmas Island National Park in Western Australia. During spring 2020, Shaheed served as a congressional intern for U.S. Sen. Bernie Sanders in Washington, D.C. 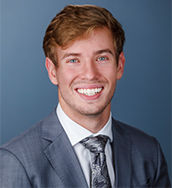 Logan Stuart, from Coralville, Iowa, is the son of Scott and Shana Stuart and a graduate of Iowa City West High School. He is triple-majoring in Chinese, economics and history. A member of the University Honors Program, he was selected as a sophomore for the University Scholars Program, and as a junior he was elected to Phi Beta Kappa. Stuart received a U.S. Department of Education Foreign Language Area Studies fellowship from the KU Center for East Asian Studies as well as funding from the Asia Society for eight months of study abroad in China. In spring 2020, he served as an intern for the Douglas County Court Appointed Special Advocates for Children organization and helped facilitate their transition to online volunteer training. He is currently serving as president of KU Mock Trial and has held leadership positions with groups such as KU Global Partners, Mortar Board Honor Society and Student Senate.