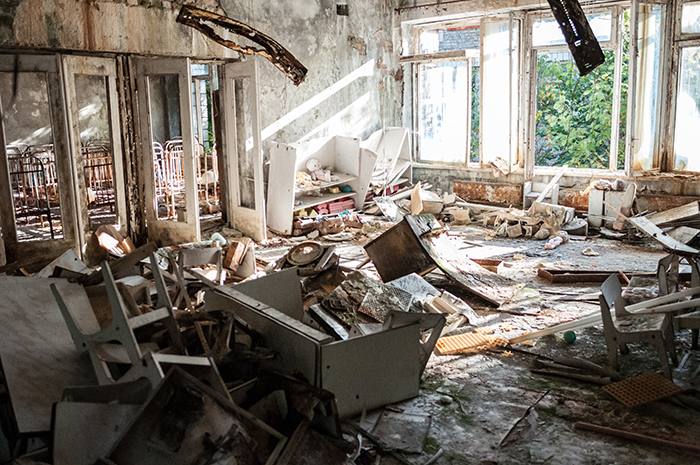 LAWRENCE — Cities across the country have sought ways to improve neighborhood safety and in recent years have pointed to demolishing abandoned housing as a way to achieve the goal. While millions of dollars have been spent on the efforts, a recent University of Kansas study found a program demolishing more than 500 abandoned residential properties in Kansas City, Missouri, did not significantly reduce nearby violent or property crime.

Since the housing foreclosure crisis of 2007-08, the number of abandoned homes across the country has rapidly increased, drawing attention to dilapidated and abandoned residential properties and their effect on neighborhoods, including elevated crime rates. Hye-Sung Han, assistant professor of public affairs & administration at KU, conducted a study in which she examined 559 abandoned properties in Kansas City, Missouri, and nearby crime rates in the surrounding area. She found the demolition did not lead to a reduction in nearby crime and that localized socioeconomic and housing characteristics were much stronger predictors of any change in crime rates.

While scholars have long associated abandoned property and crime, there has been little research on whether demolishing abandoned properties reduces crime, even though police and city officials argue that demolition increases neighborhood safety and ease the burden on police by removing places for illegal activities.

“There is not much data out there on housing abandonment. Because of that, there aren’t many studies done, and those that are, are mostly about how abandonment affects the neighborhood housing market,” Han said. “But one other negative factor is crime and how it affects the quality of life it has for those still living in neighborhoods with abandoned housing. It has been pretty much proven that there is more crime where there is more abandoned housing.”

Han said she decided to study the matter after hearing Kansas City’s former police chief in 2016 touting a $10 million plan to demolish 800 dilapidated, abandoned homes to help reduce crime. The city has more than 10,000 abandoned properties, though not all have been deemed dangerous. Han identified 559 properties that were demolished between 2012 and 2016. Crime near the properties was compared to crime near another abandoned home that was not demolished. Her study, co-written with Scott Helm of the University of Missouri-Kansas City, was published in the journal Housing Policy Debate.

“I found out the crime around a property that was demolished did not change,” Han said. “So, I looked at other explanations for crime going up or down. I think one of the reasons demolition doesn’t make a difference is once you demolish the abandoned property, you are left a vacant lot. That is not necessarily better for neighborhood safety. In fact, I found that every single lot where the 559 properties were demolished was still vacant in 2020. Unkept vacant lots can encourage crime.”

Han emphasized the study is not intended to criticize city officials or police but rather to shed light on whether programs using taxpayer funding to address crime are effective. Demolition is expensive, often costing $8,000 to $10,000 per home. The study focused on Kansas City, but similar demolition programs have taken place across the country, including cities such as Detroit, Philadelphia, Pittsburgh and Baltimore, some tearing down thousands of abandoned homes per year. One cannot assume the findings would be the same in other cities as they were in Kansas City, but Han said she feels similar results would be likely. There are differences among cities to consider, however, including types of properties being demolished, mostly single-family dwellings in Kansas City, while multiple-family rowhouses are more frequent targets for the wrecking ball in other cities, which carry a higher price tag.

The findings show that demolition of abandoned homes did not reduce nearby crime, which Han said indicates policymakers should consider holistic approaches to improve neighborhood safety. The focus should be on improving neighborhood social and physical characteristics, particularly in urban neighborhoods with high housing abandonment.

“In most cases, the very first thing that should happen is to get these houses and properties occupied,” Han said. “So someone is at least living there and paying taxes, and so the city can provide more services.”