LAWRENCE — The University of Kansas community is mourning the death of Mark Richter, 69, professor of molecular biosciences. He died Dec. 26, 2020, following a seven-week battle with COVID-19. 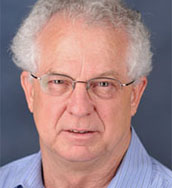 “Professor Richter was a talented researcher and an award-winning teacher to countless students during his long career at KU,” said Chancellor Douglas A. Girod. “Beyond that, he will be remembered for his kindness, generosity and humor, which made him a beloved friend and colleague to so many throughout the KU community. On behalf of the entire university, I offer my sincere condolences to his family, friends and all who knew him."

A memorial service in Lawrence will be planned at a later date.