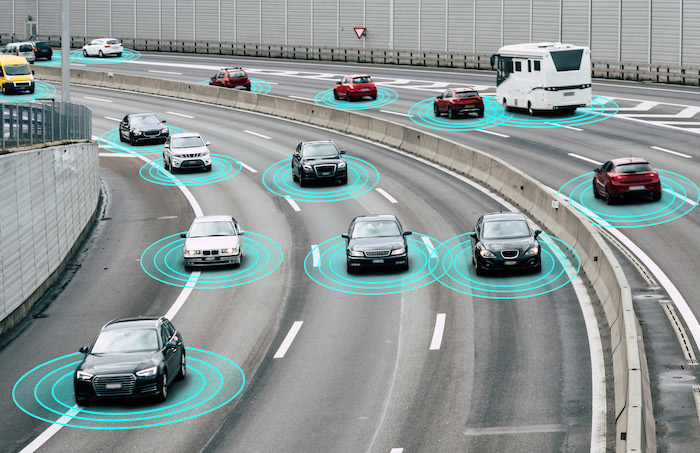 LAWRENCE — A research team based at the University of Kansas School of Engineering is one of 10 semifinalists in the U.S. Department of Transportation’s Inclusive Design Challenge, which seeks to make self-driving cars accessible to people with disabilities. The team won a $300,00 prize and will spend 18 months refining highly automated driving systems designed for people with cognitive disabilities.

The technology could promise a new era of independence and mobility for people living with mild cognitive impairment and mild-to-moderate dementia. According to the researchers, about 16 million people in the U.S. living with cognitive disabilities can’t drive due to deficits in speed-of-processing, memory, attention, judgment and visuospatial skills. 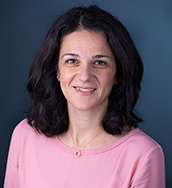 “These are vehicles that would drive by themselves,” said project leader Alexandra Kondyli, associate professor of civil, environmental & architectural engineering at KU. “At the highest level of automation there’s no steering wheel. We’re looking into how we can help those people identify the vehicle, access the vehicle, provide their information and where they want to go, and how they can interface with a vehicle that drives by itself.”

Kondyli said the technology her team develops for people with cognitive impairments only would be implemented when vehicles achieve levels 4 and 5 of automation, considered “high” or “full” automation because the vehicle is capable of performing all the driving. Indeed, drivers would act more like passengers, unable to take control of the vehicle.

The KU researcher estimated it could be a decade before such vehicles were on the road and thought the specialized technology someday could be offered as an accessibility package on mass-produced vehicles by automakers.

“It could be another option, like leather seats,” Kondyli said.

The project will depend on input from representatives from the automotive industry as well as participants living with cognitive impairments and mild-to-moderate dementia recruited from the University of Kansas Medical Center.

“We’re going to have people with cognitive disabilities in our advisory board and also in our focus-group sessions,” Kondyli said. “We really wanted to design having them in mind, and we need their input on what the design has to be in order for them to use it.”

The researchers at KU are collaborating with a team at the University of Florida and KU Medical Center. At the end of 18 months, the group will bring a prototype vehicle integrating new accessibility technology to Washington, D.C., to be evaluated alongside technology from other groups such as those at Carnegie Mellon and Purdue universities and autonomous driving companies, such as Waymo. The first-place team will win $1 million.

While much of the group’s work will involve developing software systems, these innovations will be integrated into a prototype vehicle at the Hill Engineering Research and Development Center, where students will have the opportunity to participate in the work.

The software will help travelers select destinations, plan routes, identify the vehicle and get to the vehicle. Further, the team intends to monitor the state of the traveler and provide help and information in case of a breakdown or fender bender. For instance, part of the research will involve developing a “playbook” that helps to ensure the well-being of the vehicle occupant.

“The traveler is going to input all their information in a secure mobile app about where they want to go, along with some personal information and also their caregiver’s information,” Kondyli said. “The playbook is going to help pick the right intervention to address an emergency situation that is identified by the monitoring system. It is basically a way for us to choose the right response that the vehicle will give to the driver, once we identify their state. So, if the driver is sleepy, the playbook will pick customizable interventions we need to provide to the driver to make them more alert. That is something that we need to test with participants to see what they prefer to have in the car.”

The final prototype will combine software, data processing and cloud computing that interacts with vehicle sensors, the traveler’s mobile secure app and a secure network layer for secured data transmission.

Kondyli said she expected the advances in automated driving, developed to enhance accessibility for people with cognitive impairments, would eventually benefit all drivers.

“Our goal is to create a system that not only people with cognitive disabilities can use, but also other people can benefit from as well,” she said. “We’re looking at this more in terms of the universal design and how science is for everyone to be able to use more effectively.”

Photo: A research team based at the University of Kansas School of Engineering is one of 10 semifinalists in the U.S. Department of Transportation’s Inclusive Design Challenge, which seeks to make self-driving cars accessible to people with disabilities. Credit: iStock.