LAWRENCE — A new study from the University of Kansas shows that students’ experience in campus housing is often marked by racial denotations of who belongs in campus spaces and that the shifting idea of universities as businesses can push students into racially charged spaces that contradict ideas of inclusion. 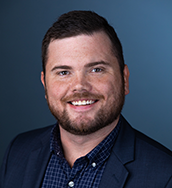 Zak Foste, assistant professor of educational leadership & policy studies, conducted a multi-case study at three universities across the country, interviewing campus housing administrators, staff and students about racial context and conditions that contribute to constructs of race in campus housing. The findings showed all three had spaces where students of color felt they didn’t belong, despite campus housing and the entire college experience being sold as a chance to broaden horizons and promote diversity, equity and inclusion. The study is forthcoming in the Journal of College Student Development.

“The results of this study illustrate that, although residence halls are frequently located as an important space to educate students about difference, they often mirror the racially segregated pre-college communities that police racial boundaries, reproduce insider/outsider dynamics and reify racialized meanings attached to space and place,” Foste wrote.

That results in white students continuing to move in spaces of privilege, while students of color and those from lower socioeconomic backgrounds may feel outcast or unwelcome. That is then influential in how students experience college, the study found.

“Campus housing plays a huge role in the college experience, especially in places with mandates on campus housing,” Foste said. “Students spend more time there than anywhere else combined, and race plays a big role in their experiences.”

Adding to the racial animus was the trend in higher education of schools building newer, more lavish housing facilities to attract students. The result is often a dichotomy of new, high-dollar, spacious living spaces and older residential towers with shared bathrooms and few amenities.

“Students of color who were in those newer buildings often spoke of how they would get odd looks, or how they felt like they didn’t belong,” Foste said. “There’s an assumption of social hierarchy that goes on in campus housing that just doesn’t exist on other parts of campus. We don’t tie people’s value to how much time they spend in the school of education building, for example, like we do with housing.”

Students of color often spoke of how they didn’t feel welcome in certain residential halls, or how certain parts of campus had racialized reputations. One campus had a gate separating the newer halls from the rest of campus, while another had a bridge at the bottom of a hill that marked a physical separation of the newer housing from the rest. One respondent spoke of how she paid tuition like everyone else, yet was unwelcome beyond the gates and therefore not having the same experiences her fellow students had for the same price.

Respondents at one campus also spoke of a housing facility that was low-cost but required students to work jobs as janitorial staff, in kitchens or other similar situations. Some called the facility “the poor house.” Other campus housing options were referred to as “the ghetto,” “the trenches” or compared to a motel. In many ways, the racial meanings of the spaces mirror patterns of racial segregation more broadly, Foste said.

The racial divides are not intentional, nor sought by campus housing staff who are genuinely devoted to doing what’s best for students and promoting diversity, equity and inclusion, Foste said. Instead, they result from neoliberal ideologies that view students as consumers in an increasingly competitive higher education marketplace. Some institutions, for example, assign or allow students to choose rooms based on when they put down a pre-deposit. That is not an option for many students not from high socioeconomic backgrounds, and many families did not have the savvy or resources to put down deposits at more than one institution before making a final decision on where to attend.

Above all, the findings show that racial meanings are attached not only to people or social groups, but to physical spaces and buildings on campus. Research has shown that residential life plays an important role in student retention, or whether young people stay enrolled in school and persist to graduation. Residence halls are a place where students can learn, live, relax and study in peace. That can be difficult when some students must navigate racially charged experiences.

“It sort of perpetuates the haves and have-nots dichotomy in society and shows how physical bodies are seen as out of place in certain areas,” Foste said. “This was all about how people perceive their environment, which was at odds with universities’ stated values of commitment to diversity, equity and inclusion. Living arrangements were anything but equitable or inclusive.”