LAWRENCE — Recent incidents of racial discrimination and violence against Asians and Asian Americans in the United States have prompted critical discussions about how to talk about such biases with younger age groups. New research from the University of Kansas shows using critical race media literacy, or examining how race and gender are addressed in popular culture, can be an effective way to discuss those topics and engage students.

KU researchers published a study in which they observed an American teacher using critical race media literacy to discuss racism and sexism in superhero movies in English as a foreign language classes in a South Korean high school. They argued that successful implementation can provide a model for discussing social topics in K-12 classrooms in countries like the United States. 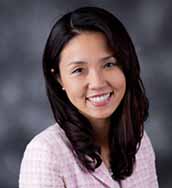 “I think now, more than ever, it’s important for us educators to teach our students how to contest prejudice and discrimination against certain racial groups,” said Hyesun Cho, associate professor of curriculum & teaching in KU’s School of Education & Human Sciences.

The recent mass shooting of several Asian American women in Atlanta made headlines, but the topic can be difficult to discuss in schools.

“Teachers often are hesitant to discuss race and gender in the classroom because they are understandably concerned about sounding too political,” said Peter Johnson, doctoral candidate in curriculum & teaching and study co-author. “I think that is one roadblock that we need to address, and this approach can help do that.”

The study was published in the International Journal of Multicultural Education and presented at the Second Language Research Forum 2020 Conference hosted by Vanderbilt University.

Cho has led a study abroad program with KU students since 2015, traveling to South Korea to gain experience working in high schools while teaching English. The researchers observed classes where students explored issues of racism or sexism in popular culture on their own. Several groups of students shared examples in popular movies like “Black Panther” and “Dr. Strange” to appeal to their classmates. Students made presentations in English about how the wildly popular films addressed race both in positive ways, such as empowering African characters in “Black Panther,” and in more negative ways, including a white actor portraying an Asian character in the 2016 film “Doctor Strange.” The students were highly effective at discussing critical race theory and other complex topics, the authors wrote, and using media that students find compelling is a key way to give students a safe, comfortable way to discuss difficult topics.

“Do not underestimate our students’ intelligence and higher thinking skills. That’s the argument we’re making here, even if they are working in a second or third language,” Cho said. “Discussing critical race media literacy worked very well in Korean classrooms, despite misconceptions that often exist about these students’ English proficiency and cultural background. If the teacher gets to know students and their interests and creates a safe space for them to express their thoughts about social issues, this approach can work in other teaching contexts.”

Not only can using topics relevant to students’ interests help encourage their participation, but it can help teachers connect with students. Educators are more effective when they get to know their students, their communities, families, backgrounds and experiences, Cho and Johnson wrote. The teacher in the study was born in Thailand, raised in the United States and speaks English as a first language. However, he faced discrimination when applying for jobs at South Korean schools, as it was assumed he was not a “true, American English speaker” because he was not white. Sharing such experiences can help expand discussions of power structures beyond media representations.

South Korea, like the United States, has an educational culture highly focused on testing and assessment. A common argument is that topics like racism and sexism can’t or shouldn’t be covered in school because they take time away from focusing on testing areas. However, the students displayed high levels of critical thinking, use of language, technological savvy and other educational skills in their presentations. That success suggests adaptability to other settings and levels of curriculum, Cho and Johnson wrote.

Cho said she hoped to return to South Korea to study other implementations of critical race media literacy in classrooms to gauge their effectiveness and to form new recommendations for teachers to address the topics in their own classrooms. Both Cho and Johnson also encourage prospective educators they are currently teaching to consider such methods to engage their future students and empower them to take ownership of their education.

“We try to frame it for our future teachers so that they understand they are able to have a classroom where students feel comfortable to ask the questions they have on their minds,” Johnson said. “It can be tough to strike a good balance, but this shows they can use media such as films students are interested in to get them to think about deeper issues.”

While it can be difficult to discuss to racism, sexism or the recent violence against Asians and Asian Americans in a classroom setting, the use of critical race media literacy works, the researchers said.

“This is a new imperative for survival in the current, racially contested world. Especially given the anti-Asian-American violence we have seen in the U.S., it is everyone’s responsibility to address it,” Cho said. “Students want to be heard, and this study shows it’s not an impossible task to discuss these social issues and can be done in a way that uses content relevant and readily accessible to students throughout K-12 education.”

KU in the news
The Wall Street Journal — Sat, 10/23/2021
I spent 44 years studying retirement. Then I retired.
The Washington Post — Wed, 10/20/2021
Excluding Black Americans from our history has proved deadly (opinion)
Researchers at @JuniperGrdensKU & @KUMedCenter have a received a new $345K grant to further study “Stay, Play, Talk… https://t.co/UpM16ubpTx
«»
Follow us on Twitter »
Why KU
Apply »
One of 34 U.S. public institutions in the prestigious Association of American Universities
44 nationally ranked graduate programs.
—U.S. News & World Report
Top 50 nationwide for size of library collection.
—ALA
5th nationwide for service to veterans —"Best for Vets: Colleges," Military Times