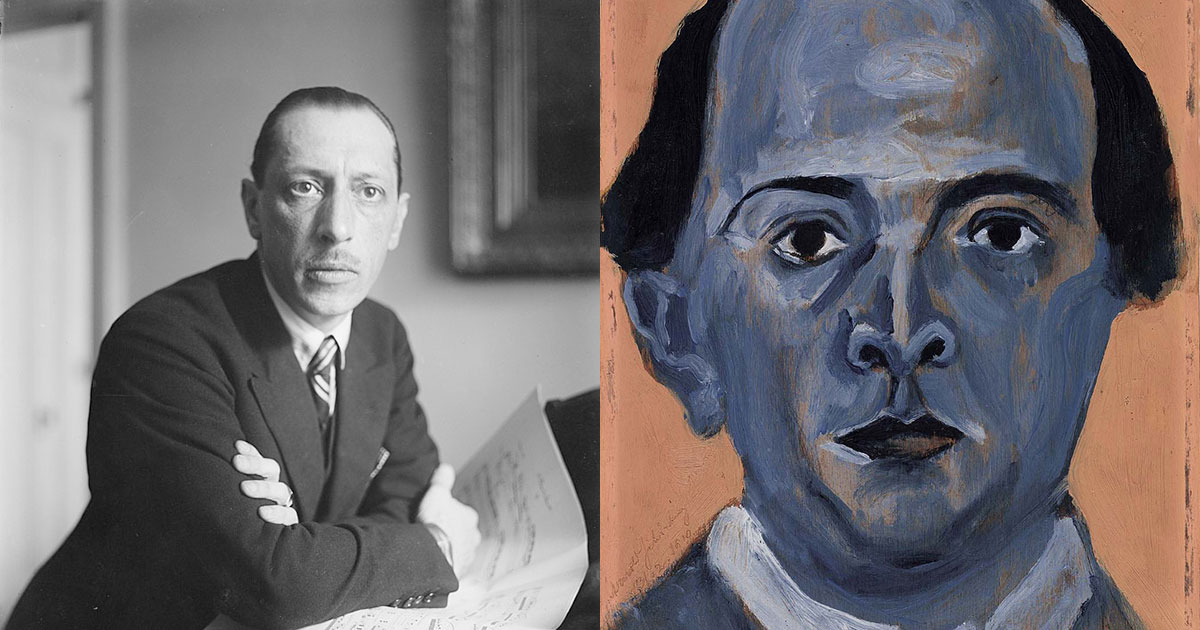 LAWRENCE – He doesn’t go there in the new book “Stravinsky in Context” (Cambridge University Press), but Alan Street is fine if you think of the artistic conflict between rival 20th-century classical music composers Igor Stravinsky and Arnold Schoenberg as akin to the Biggie-Tupac feud.

No actual shots were fired by Stravinsky, Schoenberg or their crews, but tons of shade was thrown. And those were the days, let’s not forget, when aesthetic arguments could – and performances of works by both men did – cause riots.

“Creative egos are large, and they tend to bounce off each other,” said Street, associate professor of music theory at the University of Kansas. “If we think about Biggie and Tupac, it’s not that sort of muscular standoff. But it is a case of not giving ground, of wanting people to know that you have your opinions, and you have a deep sense of your own significance, when perhaps most of the public is indifferent to the work you do.”

At least in part like the rappers, Street describes the friction between the two preeminent European-born composers as rooted in their aesthetics and exacerbated by media coverage of their work. Street, a specialist in Schoenberg, was one of 35 authors invited to contribute an essay, in his case focusing on the pitched intellectual and musical battle the two men waged from the 1920s through the 1940s, spitting plenty of fire along the way.

Street’s chapter, “Perspectives on Schoenberg and Stravinsky: Adorno and Others,” refers to philosopher Theodor Adorno’s contributions to the contretemps, which heavily favored Schoenberg. Street writes that it was Adorno’s 1949 book, “Philosophy of New Music,” that codified the critical notion of Schoenberg as the alienated prophet whose often dissonant 12-tone system was forward-thinking as compared to the example set by Stravinsky, the reactionary apologist for the commodity logic of the culture industry.

Street concludes that’s not entirely fair to Stravinsky, a creative chameleon who, notably after Schoenberg’s death, wound up adapting Schoenberg’s serialist language widely thought of as progressive. Even so, the two men were like oil and water, Street said. Crucially, (though both wound up in the United States) Schoenberg was German- and Stravinsky Russian-born.

“It's to do with compositional principles, which are partly technical,” Street said, “but it's more an antipathy informed by tradition – in particular the widespread assumption that the preeminent musical tradition was German ... that lineage from J.S. Bach through Haydn, Mozart, Beethoven, all the way to Brahms. Then at the end of the 19th century Wagner comes along, and he forces a choice as to its appropriate continuation.

“Stravinsky is a Russian artist and thus a member of another very strong tradition represented by musicians like Tchaikovsky and Mussorgsky. So Stravinsky knew his background counted for a good deal, even if it might be misrepresented as peripheral.

“For him, music became a much more objective mode of expression. There's this very famous quote from Stravinsky saying music is essentially powerless to express anything at all. Whereas for a German musician of the 19th century, that might be anathema.

“If we think of Schoenberg as typifying this German tradition of expression from within — that everything emanated from the spirit — for Stravinsky it's exactly the opposite. Aesthetic truth is grounded in the body. And for Russian composers, the ballet would be seen as a preeminent genre.”

Stravinsky composed at the piano, while Schoenberg revered creative spontaneity and simply wrote down what came into his head – “like a kind of automatic transmission from the subconscious,” Street said.

“Stravinsky sits at the keyboard and figures it out underneath his fingers,” the researcher said. “If it feels right, and it sounds right, it is right. It's almost as though the fingers, for Stravinsky, are miniature ballet dancers on the keyboard. It's as literal as that: feeling your way, almost grubbing about in the roots of the soil would seem to him to be the right mode of invention. I think that’s a very crucial distinction between them.”

Even toward the end of his life, when he seemed to have assimilated Schoenberg’s theoretical innovation, Stravinsky nonetheless did it on his own terms, Street said.

Image: The photograph of Igor Stravinsky (left above) circa 1900 is by Bain News Service. The painting at right is Arnold Schoenberg’s “Blue Self-Portrait.” Credit: Library of Congress (photo) and Arnold Schoenberg Center (portrait).