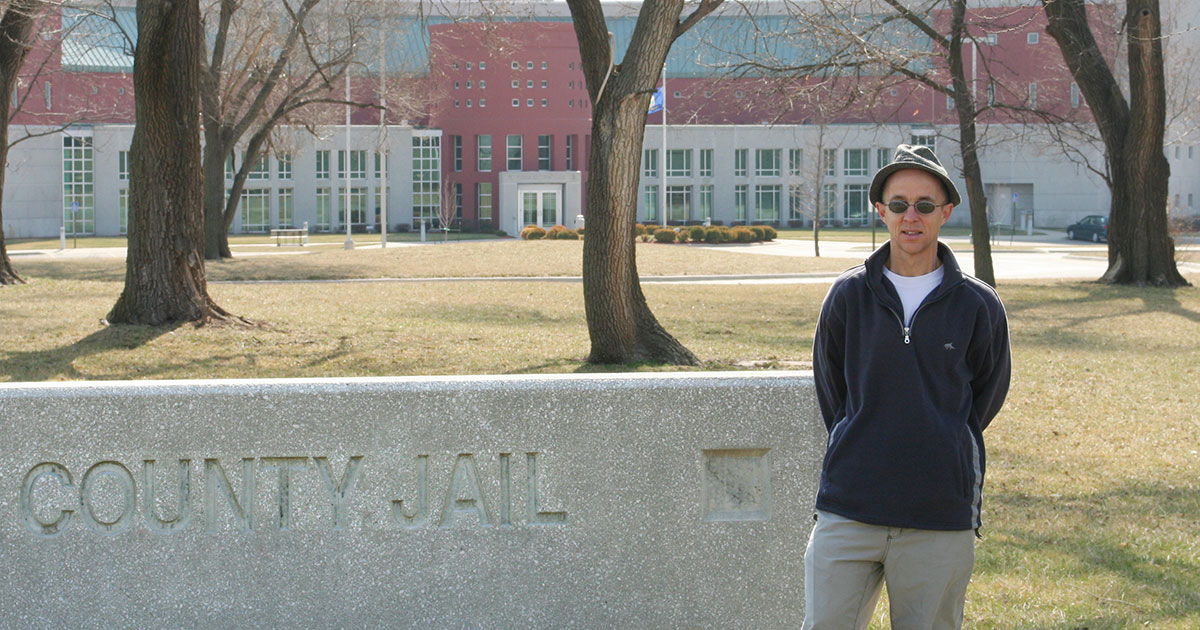 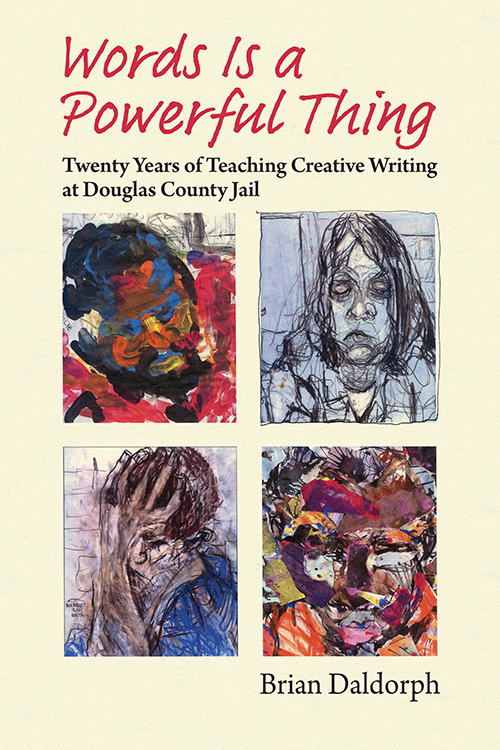 That volunteer work is the subject of Daldorph’s new book, “Words is a Powerful Thing: Twenty Years of Teaching Creative Writing at Douglas County Jail” (University of Kansas Press, 2021).

The book is part-memoir about his teaching experience at the jail, part-inmate anthology and also includes a survey of major incarcerated writers, including Malcolm X and Jimmy Santiago Baca.

Daldorph has published several books of poetry, including “Ice Age/Edad de Hielo,” about his late father’s struggle with dementia, and “Blue Notes,” highlighting his love for jazz and blues. He also edits Coal City Review and Press, helping bring visibility to fellow poets.

But it is the work he has done behind the locked doors of the Douglas County Jail ever since the turn of the millennium that Daldorph refers to as his calling in the new book.

He previously published the work of his inmate students in a collection called “Douglas County Jail Blues” and writes of gathering material for a second volume. Meanwhile, in “Words is a Powerful Thing,” in addition to his own story of empathy, creativity and perseverance, Daldorph works in excerpts from more than 50 jailhouse poets.

Often, their writing (in the forms of poems, stories, raps, song lyrics, etc.) deals with the problems – foremost drug addiction – that sent them into a downward spiral that ended in incarceration. But Daldorph emphasizes that many of the inmates with whom he has worked have produced poems worthy of consideration apart from any jailhouse collection.

One such person, the late Antonio Sanchez-Day, became the first former inmate to be approved to return to the jail as a teacher alongside Daldorph. Daldorph edited and published Sanchez-Day’s poetry collection, “Taking on Life,” and the former Lawrence resident makes repeated appearances in “Words is a Powerful Thing.”

So Daldorph is still feeling deeply the passing of the charismatic Sanchez-Day, who died in March at age 46.

“That’s a big loss for all of us,” Daldorph said.

It’s hardly the only loss or setback Daldorph has experienced as a result of his teaching at the jail. Nevertheless, Daldorph said, he would go back in a heartbeat if pandemic restrictions were lifted.

It’s the power of possibility that he finds intoxicating. Daldorph writes of enjoying the thrill his inmate students get from seeing their words published “in a real book” – from knowing that they are published poets. This power to give the prisoners a sense of themselves and of their possibilities beyond outcast and criminal is what Daldorph’s latest book is getting at.

“I don't claim it as therapy because I'm not a trained therapist,” Daldorph said. “But I can see the benefits of it, and it's certainly something that has enabled me to make sense of my life. I don't know how I would have gotten by without it. ... A lot of the guys that we've worked with in the past have said ‘This class has really helped me to sort things out in my life,’ and that’s a good thing, I think.”

Daldorph said the experience of working with inmates as students has changed him, too.

“I now have a sense that what I'm doing and what other people who teach literature are doing is something really important, and not just as a kind of academic subject, but as something that really relates to the issues, the life struggles, that we go through and helps us to face up to many of the challenges that all of us have to face,” he said. “I always believed that to some extent, but I think it's become even clearer when you work with a very vulnerable population who really need to know about these things because they're facing up to these things in a very immediate sense.”