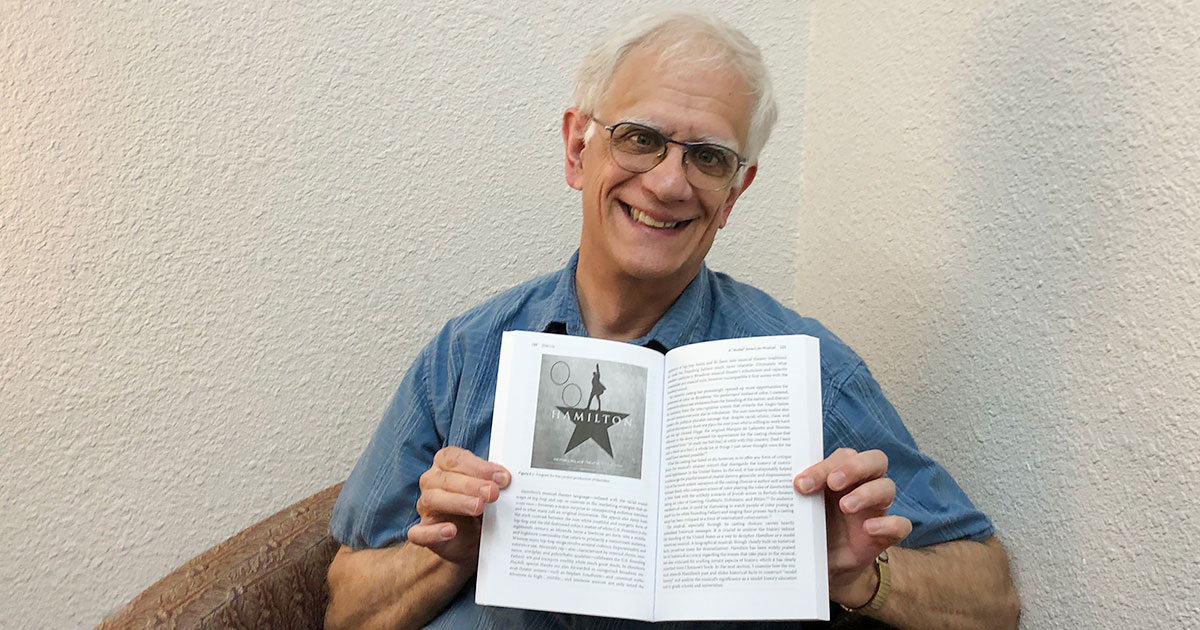 LAWRENCE – What is the essential quality that has made “Hamilton” one of the most successful Broadway musicals ever?

That was the question Paul Laird, University of Kansas professor of musicology, and his co-author/editor, Mary Jo Lodge, associate professor of theater at Lafayette College, asked themselves and their colleagues a couple of years ago. 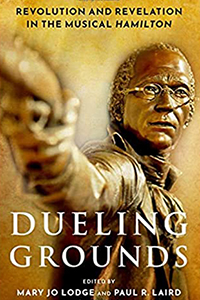 Their answer, spelled out in the form of the new book “Dueling Grounds: Revolution and Revelation in the Musical Hamilton” (Oxford University Press), is that liminality – that condition of being on the border between two disparate things – is key to understanding the play’s awesome power.

“Almost any way you look at the show, there are two counter-ideas rubbing up against each other,” Laird said. “You have these conservative and liberal viewpoints being expressed, talking and singing, rap and pop songs, and, of course, the Black and white racial subtext.

“And then there is the remarkable, liminal role of the ensemble, which transforms itself into any number of forms. The dancers are used brilliantly. They’re onstage almost the whole time as soldiers, as people on the street, or simply providing a physical reaction to what has happened on stage. At one point, during the duel scene where Burr shoots Hamilton, one even becomes the bullet, tracing its path through the air with her hand. I have never seen such fluidity.”

That’s saying something, as Laird is a longtime musicologist and author of several books and scholarly articles on composers Leonard Bernstein, Stephen Schwartz and others. Bernstein makes a brief appearance in the chapter of the “Dueling Grounds” that Laird wrote, about pre-“Hamilton” musicals set during the American Revolution or during the country’s early years.

The 1976 show “1600 Pennsylvania Avenue,” with book and lyrics by Alan Jay Lerner and music by Bernstein, was a monumental flop, running for just seven performances, Laird writes, “because of a flawed book and its strong criticism of racial problems in the United States, not a message that resonated with the audience during the Bicentennial.”

Not that it holds a candle to “Hamilton” artistically or commercially. Hardly anything does. For Laird and his co-authors, it’s right up there or even beyond “West Side Story,” “South Pacific” or “Fiddler on the Roof.”

That does not mean, however, that “Dueling Grounds” is unalloyed in its praise for creator Lin-Manuel Miranda’s masterpiece, according to Laird. One issue is that Miranda wanted the show, based on Ron Chernow’s biography “Alexander Hamilton,” to stand up to historical scrutiny, a difficult task for a musical that must entertain and cannot be filled with too many cast members or tell too complex a story. Various authors in “Dueling Grounds” point out where “Hamilton” falls short of the mark as history, especially factually and in omitting the actual representation of the real lives that people of color lived during the period. Another area of controversy in “Hamilton” is in the limited portrayal of the female characters. They perform some of the best songs, but, as author Stacy Wolf wrote in the book, “… the three women in the musical occupy the most conventional and stereotypical roles of muse, wife, and whore.” In an age when representation of people of color and women has become a major concern, one interested in social justice must ask such questions, but, as Laird noted, “Hamilton” occupies a commercial medium, and “compromises made for the sake of entertainment make it difficult to satisfy fully every constituency.”

Laird said the editors tried to make the book as current as possible, given that it was completed in the midst of Broadway’s COVID-19 pandemic shutdown. The premiere of the filmed version of “Hamilton” on the Disney + streaming service, for example, is addressed in the conclusion, as is the “Hamilton” company’s reaction to the George Floyd murder case and Black Lives Matter movement.

Not that this will be the last word. There is still plenty of room left for additional scholarly and critical perspectives on “Hamilton,” Laird and Lodge wrote. The editors had three times as many submissions as they could include in “Dueling Grounds,” forcing them to leave additional good material on the cutting-room floor.