LAWRENCE — As the number of Spanish-speaking English learners has increased in U.S. schools, research and attention have focused on how to boost students' reading and speaking skills. A first-of-its-kind study from the University of Kansas has examined three key cognitive functions and their role in learning to write, showing that a lack of focus on bilingual education has contributed to Hispanic English learners falling behind. 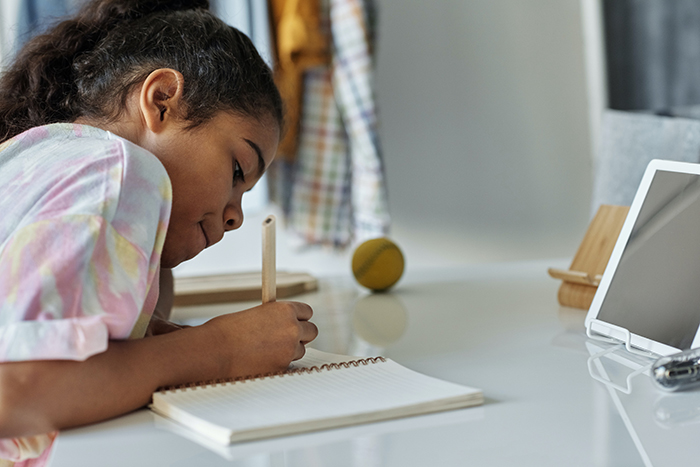 Using structural equation modeling with Software R, KU researchers analyzed a battery of tests given to 374 students in grades 3-5 in both Spanish and English and an assigned writing task in English for the study.

In other words, phonological ability, or word retrieval skills in both languages, positively predicted English writing performance. English oral language development, or verbal language skills (e.g., vocabulary) was also a positive predictor, but those who were proficient Spanish speakers were less likely to be proficient English writers. Working memory of both languages positively affected English writing. Taken together, the researchers said the findings show that only instructing EL students in English presents difficulties to learning to write in the language.

The students in the study speak Spanish as their first language. Yet in school, they receive academic instruction in English only. 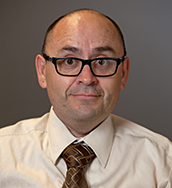 “You’re asking these kids to write academically in a second language, but they’re not getting any academic instruction in their native language. We’re seeing students struggling in writing, largely because we’re not emphasizing it enough early,” Orosco said, noting the skill is more difficult to teach and assess than the more popular measures of reading and math. “It is difficult assessing writing. Students need to write to a comprehensive test of written expression designed to measure a broad range of skills such as spelling, grammatical conventions, vocabulary and development of characters. A basic standardized test can’t assess these skill sets. Also, grading a comprehensive writing test is labor-intensive. This is the largest writing study ever taken on this population.”

The National Assessment of Educational Progress, which annually tests proficiency of U.S. students in key areas, does not regularly assess writing, largely because it is labor intensive. However, the authors argue that, in addition to showing which cognitive functions are key in teaching writing to early adolescent English learners, U.S. education needs to focus more on teaching writing as a whole. In classroom observations, Orosco said he commonly notes teachers focusing heavily on teaching mechanical and technical writing skills in English without academic writing skills and concepts instruction at the elementary level. In addition, a bigger emphasis is put on reading development than writing during literacy time.

The results also support better understanding of brain function and how children learn. The effects of phonological awareness and oral language development (e.g., vocabulary) on writing proficiency suggest more attention should be paid to brain sciences when preparing future generations of teachers. To that end, Orosco has spearheaded the Mind, Brain and Education graduate certificate in KU’s School of Education & Human Sciences, designed to incorporate neuroscience, psychology and cognitive science to boost research in those fields for new approaches in teaching.

The study also demonstrates the negative effects of the nation's lack of bilingual education. Research has long showed the benefits of bilingualism, yet the U.S. is one of the few first world countries that does not emphasize bilingual education. Politics and English-first initiatives have hampered the education of English-learner students, as evidenced by the negative relation between Spanish oral language development and English writing. It has also affected the students’ native language skills as they age and deprived English-native students of the benefits of learning second languages, Orosco said, indicating the importance of education policy that supports bilingual education for all students.

“This study has the potential to change the practice of teaching writing across the U.S. and impact future research in this area,” said Rick Ginsberg, dean of KU’s School of Education & Human Sciences. “Documenting the importance of instruction in both Spanish and English through such a carefully designed study should sound an alarm for schools not taking a bilingual education approach in teaching writing with the growing population of Hispanic students in this country.”

The authors also said that more research is necessary to better understand how students learn and how teachers can better instruct writing. Very little evidence is available on writing development of English learners at any level, and better understanding of cognitive processes will only help ensure better education on a vital academic skill, they said.