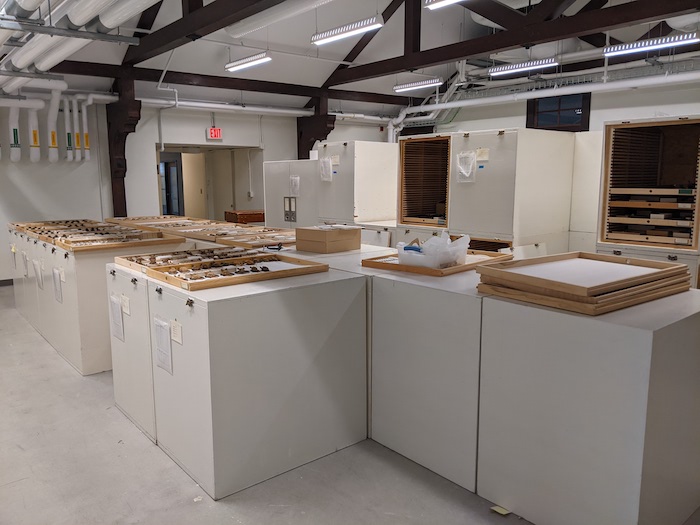 LAWRENCE — The world-renowned mammalian research collections at the University of Kansas Biodiversity Institute are undergoing a major upgrade thanks to a $646,000 award from the National Science Foundation.

Pest-compromised wooden cabinets and drawers dating back to the 1960s — woefully inadequate for keeping out bugs that can damage important scientific specimens — today are being replaced with modern stainless steel cases and aluminum drawers built by Delta Designs in nearby Topeka.

The modernized storage will safeguard one of the world’s largest collections of mammal specimens for scientists, scholars, students and the public long into the future. 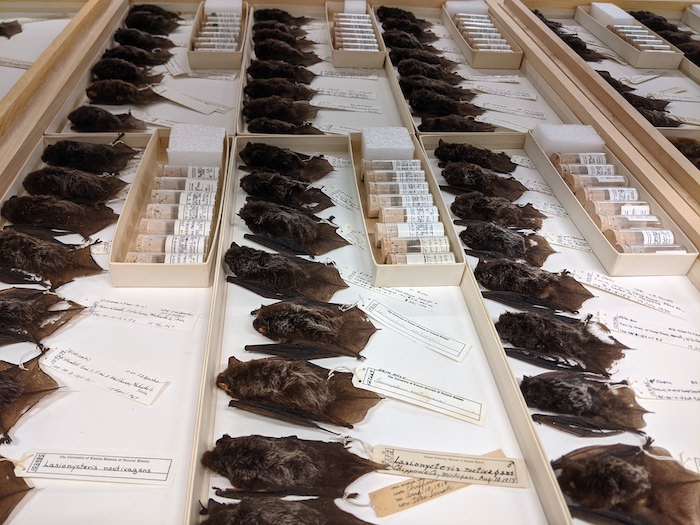 KU’s Biodiversity Institute holds 279,936 mammal specimens dating back to 1866. Moving them into upgraded storage isn’t an easy task. Or, more specifically, “it’s bonkers,” according to Jocelyn Colella, curator of mammals at the Biodiversity Institute and assistant professor of ecology & evolutionary biology at KU, who is leading the project together with collection manager Maria Eifler.

Colella’s team includes EEB and MUSE graduate students along with retired curator of mammals Robert Timm, who now serves as a research affiliate at the BI. However, the KU researcher said most of the personnel moving specimens into upgraded storage were women. 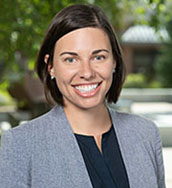 “We have a small fleet of museum studies students, museum interns, and undergraduate and graduate students, both paid and as volunteers that are helping make this whole transition possible,” she said. “Right now, we are physically moving cases, using our womanly strength; literally, because our team is mostly women. Next, we’ll transcribe data.”

Throughout the transfer process, Colella and her team are digitizing data about each specimen as well as filling in gaps in data that may have been omitted by previous generations of researchers. Students will verify and record information from specimen tags into the Specify museum database, which links to the broader scientific research community through GBIF, iDigBio, BISON and VertNet.

The KU researcher said the mammal collection was a treasure house for researchers who used specimens to understand evolutionary biology and the process of diversification of species.

“It’s easy to observe things as they are right now, but it’s hard to measure change without physical documentation of the past,” Colella said. “Scientifically, that’s one of the best things that we get from collections — an objective means of measuring change over time. And as change accelerates, we’re able to look at how rates have changed, which allows us to make informed predictions and decisions moving forward.”

Because tissues from specimens collected many decades ago still can be genetically analyzed, preserving them well for future analysis can even have implications for fighting potential disease outbreaks in people, as well as tracking the spread of invasive species.

“Until recently, no one had really looked to museums for public health research. I think a lot of people don’t realize there’s this whole back end to museums that’s involved in really cutting-edge research. That aspect of our work is less appreciated by the public because they don’t see it,” Colella said. “For example, mammal tissues can contain viruses that can infect humans. For public health purposes, developing screening methods that allow us to access those data are becoming increasingly possible and that’s part of my research program — each mammal has parasites and pathogens that also factor into our understanding of diseases that impact human health.”

As part of the project, the importance of scientific collections will be the subject of a new public exhibition now being conceived and planned for spring 2022 by students and exhibit staff at the Biodiversity Institute. The exhibition will highlight research stories that illustrate how collections are critical for solving problems of societal interest, including recognizing emerging pathogens, tracing the origins of invasive species and conserving species through genetic management.

“The museum does a great job of highlighting the importance of biodiversity, the variation that we see in life, and I want to make sure this new exhibit highlights some of the other super-advanced aspects of museums, like how museums are plugging into modern science and modern engineering and modern conservation,” Colella said. “In addition to documenting species diversity, we have new genetic techniques that allow us to look at historical diversity, from historical skins, to identify the variation that was present in these populations in the past. Now there are ways to actively seed that variation into living populations today to help species retain the variation that they may have had if their range hadn’t been reduced to a tiny island or their habitat hadn’t been destroyed.”

Further, the KU researcher hopes to select specimens during the move to new storage that can be included in the exhibition to highlight ways that engineering projects can be inspired by structures and mechanics encountered in nature.

“We’re looking into robotics and the use of bats as models for ‘morphing wings.’ When bats fly, their wing membranes are flexible, not rigid like an airplane — and that’s a very hard thing to engineer, but it makes bats incredibly maneuverable,” Colella said. “There are scientists using the morphology of bat wings and engineering similar materials to build flying robots. The same thing is happening with wind turbines, which are being modeled after the fins of whales because of their unique fluid dynamics.”

Top photo: Wooden cabinets and drawers dating back to the 1960s — woefully inadequate for keeping out bugs that can damage important scientific specimens — today are being replaced with modern stainless steel cases and aluminum drawers built by Delta Designs in Topeka. Credit: Jocelyn Colella.

Right photo: Because tissues from specimens collected many decades ago still can be genetically analyzed, preserving them well for future analysis can even have implications for fighting potential disease outbreaks in people, as well as tracking the spread of invasive species. Credit: Jocelyn Colella.