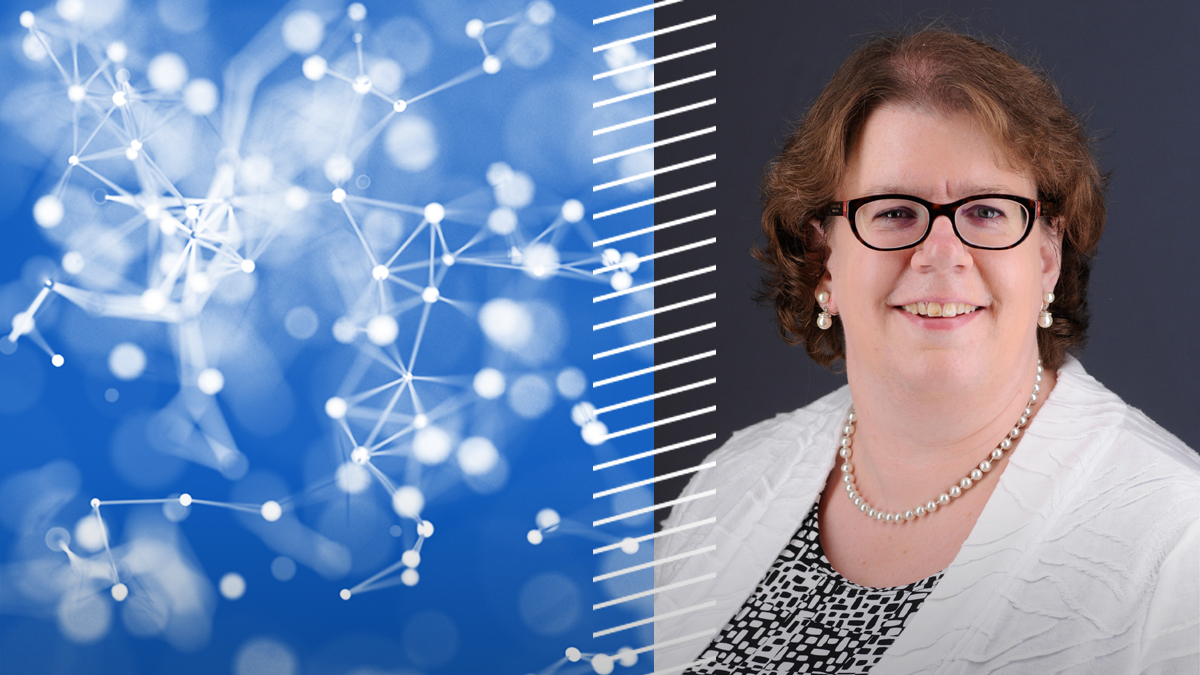 LAWRENCE — Meshing wasn’t always at the center of University of Kansas engineering professor Suzanne Shontz’s research. She wasn’t even familiar with the concept when she enrolled in graduate school at Cornell University.

“It makes it more special knowing that I'm the first woman,” said Shontz, professor of electrical engineering & computer science at KU. “I'm hoping it's a sign that more women will get more involved in the field over time.”

Mesh generation — or meshing — is the mathematical and computational process of building items out of many shapes. Shontz compares it to building with Legos.

“We’re putting blocks together,” she said, “and we’re building some kind of geometric object.”

Although Shontz was once unfamiliar with the concept of meshing, numerical methods for moving meshes eventually became the focus of her graduate school dissertation. She earned master’s degrees in computer science and applied mathematics and a doctorate in applied mathematics.

Meshing is used for simulation analysis and rendering models in the fields of engineering, medicine and even fashion — leading to better understanding of structures and processes, industry advancements and more.

Sandia National Laboratories gave out the International Meshing Roundtable Fellow Award at its annual conference this past year. The award recognizes an individual with a distinguished record of research accomplishments in mesh generation and exceptional service in the meshing community.

Shontz has attended the conference for about 20 years. During that time, she has served on the organizing committee, submitted and reviewed papers, taught a short course and given talks. This year, she served on the steering committee and was invited to give a keynote speech on cardiovascular mesh generation algorithms and applications.

“Suzanne’s list of accomplishments and contributions to her research community is impressive both for its breadth and depth,” said Erik Perrins, chair of KU’s Department of Electrical Engineering & Computer Science. “We are fortunate to have her leadership here at KU.”

Shontz’s KU lab has advanced knowledge in the field. Researchers created a mesh of the human heart that simulates the motion of a beating heart and have designed algorithms for high-order mesh generation, parallel meshing, mesh optimization and mesh untangling.

In 2012, Shontz received the 2011 NSF Presidential Early Career Award for Scientists and Engineers from the White House for her 2011 NSF CAREER project on parallel dynamic meshing algorithms, theory and software for simulation-assisted medical interventions.

A decade later, Shontz is in the midst of another award-winning year. She received the 2021 KU School of Engineering Miller Professional Award for Service and was promoted to full professor at the beginning of the fall semester.

She hopes to encourage young undergraduate engineering students, especially women, to pursue graduate school and additional education in the field of meshing. She does this by involving undergraduate researchers in her lab.

“I hope more women over time will get to know about these opportunities and see if it's something that they might like to do,” Shontz said, “and hopefully grow the field that way.”

Bottom photo: High-order tetrahedral meshes of the left ventricle myocardia of a normal heart, a heart with dilated cardiomyopathy which manifests as stretched and weakened heart muscle, and a heart with hypertrophic cardiomyopathy, which exhibits abnormally thick heart muscle. Credit: Fariba Mohammadi, a doctoral candidate in Shontz’s lab, generated these meshes.