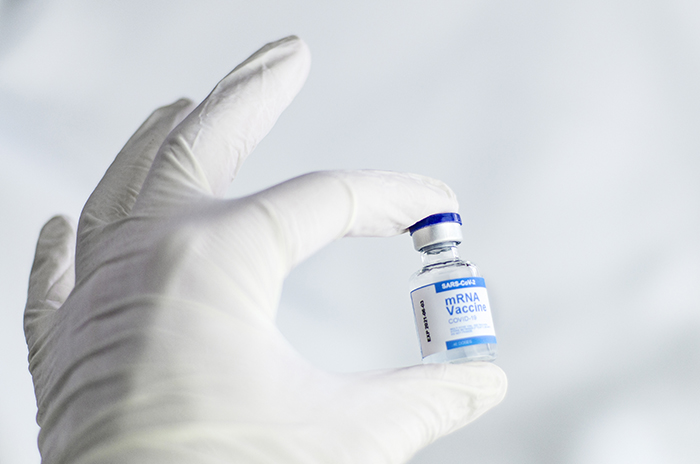 LAWRENCE — As the COVID-19 pandemic continues, officials are struggling to convince large numbers of Americans to be vaccinated. Yet, even before COVID-19 existed, the United States was dealing with another pandemic — that of racial inequality, which has led to a current state of parallel pandemics that must be acknowledged and understood before real progress can be made, a University of Kansas law researcher argues in a recent publication. 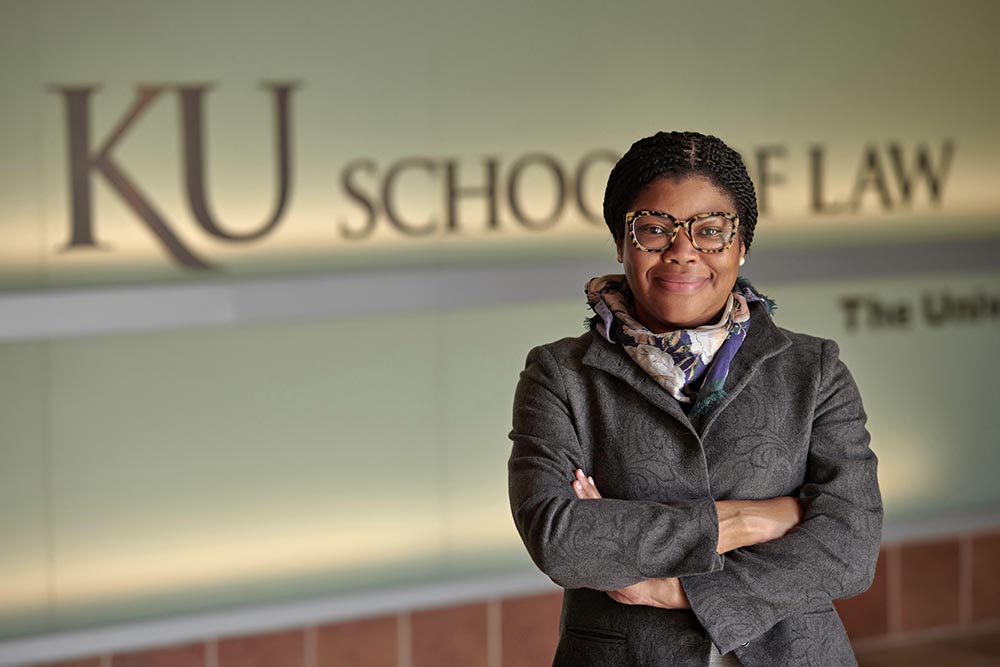 “The hesitancy at the beginning, as well as some of the residual skepticism, comes out of what I call rational distrust,” said Najarian Peters, associate professor of law at KU. “We are navigating rational distrust during the pandemic because prior to COVID-19, America was dealing with the pandemic of racial inequality sustained by the anti-enforcement approach to laws and policies that would bring inequity to heel.”

Throughout its history, the United States has had an unequal society for “racially marginalized communities in general and Black people-descendant of enslaved people specifically. The imposed lived experience of racially marginalized people had the effect of creating rational distrust in the systems that create and reproduce the lived marginality,” Peters said.

In “Parallel Pandemics: The American Problem of Anti-Enforcement, Rational Distrust and COVID-19,” her essay in the Seton Hall Law Review, Peters argues that the health care system — as well as several other aspects of American society, including law and policy — combine to create rational distrust.

For example, Peters said, the Emancipation Proclamation and 13th Amendment ended slavery, so in theory, African Americans were free. Yet the Civil War was followed by Red Summers — including racial terrorism, lynchings, plunder and destructions of Black communities that were self-sufficient and thriving. Jim Crow laws propagated segregation for decades to come. Then new laws followed, including the Civil Rights Act, Voting Rights Act and others. But a backlash followed each of those movements, Peters said, as it did when Barack Obama was elected as the nation’s first Black president.

All of those instances illustrate the “lived experience of anti-enforcement.” “Fits and starts of progress followed by the retreat and deep compromise,” Peters said, “in which laws on the books to prevent anti-Black subjugation and oppression are not followed, and new ones enacted are also not followed to allow for remedy or relief in a consistent and sustainable way.”

“We’ve had these fits and starts and knew what to do as a country, but yet we’ve always retracted and stepped back,” Peters said. “As Martin Luther King Jr. said, ‘All we are asking America to do is be true to what it said on paper.’ Furthermore, let’s enforce what we claim in the 13th, 14th and 15th amendments.”

That unequal application and anti-enforcement have resulted in two Americas: a democracy and an oligarchy, Peters wrote. The former benefits and serves those in power, while the latter establishes a society in which laws are made in favor of some, at the expense of racialized, minoritized and poor communities.

These pervasive inequalities are baked into our health system, Peters said. Today, Black women are three times more likely to die in childbirth than white women. The research also indicates that when newborn Black babies are tended by Black doctors, their mortality rates are halved in comparison with white babies.

“Health care disparities for racially marginalized people seeking assistance and care in health care facilities is a historical fact — the most famous of which include the Tuskegee experiments and Henrietta Lacks,” Peters said.

“Before COVID-19, we were in a pandemic of racial marginality. Recently, we’ve heard of people of color expressing concern about getting vaccinated,” Peters said. “To not understand why communities might be skeptical is ignoring the history. The unwillingness to understand it’s natural for some to be distrustful of the health care system in America is extremely problematic. Even vaccinated people still do not trust the health care system. History tells us there are deep and abiding differences in health outcomes. If we accept that, we see that there is rational distrust in situations like vaccination campaigns that initially lacked due regard for the types of concerns racially marginalized people had as a result of their lived experience in America.”

For example, consider the fact that Black children and their families still have “the talk,” Peters said. “Black parents still have to tell their children about the fact that police will mischaracterize them as criminals, dangerous and provoking their own demise even when they comply. The vaccine doesn’t protect against having to navigate delusional behavior triggered by seeing a Black person where you have decided they should not be.”

Peters wrote, “The health and well-being of America has always been bound up in its people. How and which people mattered in its racially stratified hierarchy were established by its laws, first and foremost, and from its laws came myths, illusions and pathological projections and loops that remain to this day. If, as we say, we intend to eliminate COVID-19, we cannot do so by getting back to normal, because normalcy is what created the pandemic parallels of race-based health disparities and social marginalization. The pandemic — including the deployment of the vaccine — presents opportunities to become a real version of what this nation claimed to be all along.”