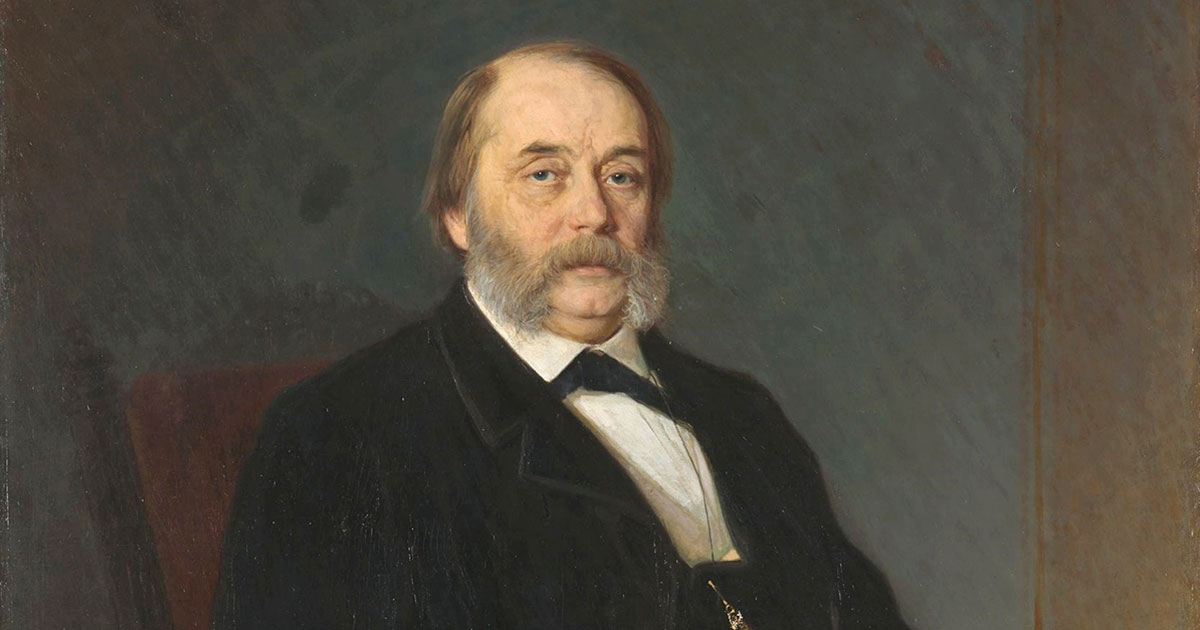 LAWRENCE – In a new book chapter, two University of Kansas researchers challenge the notion that Ivan Goncharov was the most conservative Russian writer of his time. Rather, they assert, Goncharov’s treatment of a nihilistic character in his 1869 novel “The Precipice” reveals a certain sympathy with a “queer” approach to “normal” family life.

It’s not that the character Mark Volokhov is homosexual. Rather, it’s his devil-may-care attitude toward then-typical gender roles, along with any other societal norm.

Ani Kokobobo, associate professor and chair of the University of Kansas Department of Slavic and Eurasian Languages & Literatures, and Devin Culley McFadden, a doctoral candidate and graduate teaching assistant in the department, are among the international scholars brought together to reexamine Goncharov’s life and work through a 21st-century critical lens. Kokobobo and McFadden combined to write the chapter “The Queer Nihilist — Queer Time, Social Refusal, and Heteronormativity in Goncharov’s The Precipice” in a new book, “Goncharov in the 21st Century” (Academic Studies Press, 2021), edited by Ingrid Kleespies and Lyudmila Parts.

Kokobobo, who has written about Goncharov before, was invited to contribute to the project and eagerly involved her colleague as collaborator.

“My dissertation covers queer Russian literature from the 1880s to the 1930s,” McFadden said, “and this was a little bit earlier than that, so it helped me expand my research so that I had a full spectrum of Russia's queer literary history.”

McFadden and Kokobobo write that, during the 20 years Goncharov worked on his magnum opus, Russia was in the midst of pre-Revolutionary fervor that included a clash of nihilist and materialist ideologies. In this context, the author — who worked for a time as a czarist censor — is typically seen as an anti-nihilist and a political conservative.

But the KU researchers argue that Goncharov has made the nihilist character, Mark, quite attractive, while he makes the normative ones unattractive. And keep in mind, these are not the fire-starting, extortionist nihilists of the 1998 film “The Big Lebowski.”

“Russian nihilists during this time aren't necessarily the quintessential Nietzschean ones that we think about, because also this is 10 or 20 years earlier than Nietzsche, and so these ones were more positive and productive,” McFadden said.

“Nihilism is not really a belief in nothing,” Kokobobo said. “It is a kind of commitment to objective reasoning and science as a way to understand the world. Scientific reasoning, in Russia, was seen in many ways as a form of nihilism because it's not faith-based. In Goncharov, it can also be a belief that one has to destroy all existing civilizational models and ways of thinking in order to achieve any future truth.”

There were many intersectional strands and layers of nihilistic thought in Russia, Kokobobo said, with some like Mikhail Bakunin mixing in anarchism, too.

“They were very focused on the creative potential of destruction,” she said. “And then there's the way ‘The Big Lebowski’ thinks about it, which is that these people believe in nothing. They are just self-focused, and that is the true nihilism. And then there is even truer nihilism, which is really belief in nothing; emptiness. So it is a multi-layered, deeply loaded term — an unstable terrain of ideologies — on which we are situating our research article.”

Still, the authors are confident that they have a fresh take on Goncharov.

“Many think of him as probably the most conservative of Russian writers,” Kokobobo said. “So his intention here is to pan Russian nihilists a little bit. But it's also more complicated. I think he's wittingly or unwittingly engaging in some kind of progressive strategies.”

McFadden said the character Mark’s “sexual orientation is definitely hetero — there's no question about that."

"But his ideology, his disposition to the world is very queer in nature," McFadden said. "It lends itself well to the queer lens, we can say, in the sense that he's disrupting. He is against the traditional idea of marriage — that you can love one person for the rest of your life. He believes love is like a natural force and something you can't contain. So he is very much opposed to that traditional understanding that it's one man and one woman forever and ever."

At one point, McFadden said, Mark wears a woman's nightgown and even gets a little gender-fluid.

Kokobobo noted that “everyone loves Mark” and his iconoclasm until he gets mixed up in a love triangle with the character Vera and her wealthy suitor, for whom Vera eventually settles out of pragmatism and not passion. She notes that Russian authors of this period often used sexual mores as metaphors for taboo political topics.

“Part of what we're trying to say is that Goncharov is actually putting some really interesting philosophies and ideas into the mouth of this nihilistic character, who's not quite as problematic as we think,” Kokobobo said. “When we think about how long he worked on this novel and how important it was to him, maybe there's more to this author — and maybe there's more that's relevant to our contemporary period — than we scholars have traditionally given him credit for.”