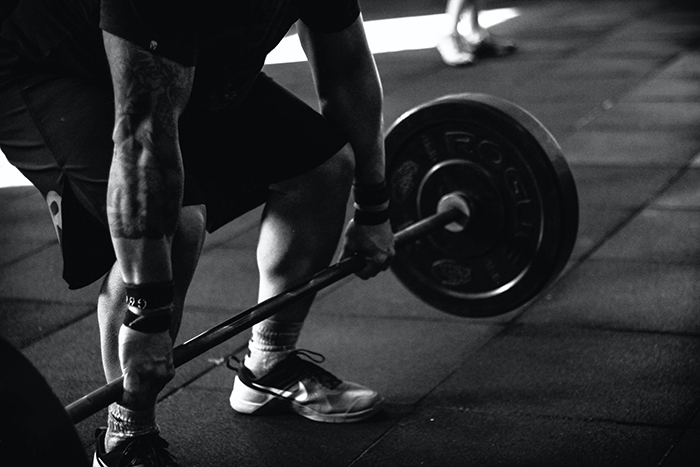 LAWRENCE — Athletes have long been known to push themselves as hard as possible to improve their performance, especially in the weight room. But not much is known about what happens inside the muscle when someone trains too hard. A new University of Kansas study has shown that a key acid, though little studied, drops when someone overtrains in the weight room and the decline is accompanied by a reduction in muscle power. 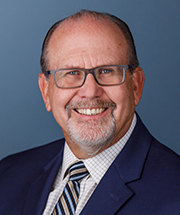 Researchers in KU’s Jayhawk Athletic Performance Laboratory regularly study how athletes function and how they reach full potential. In the study, they analyzed muscle biopsies of fit individuals who took part in an intense, 7 1/2-day weight training program. Several participants were deliberately pushed beyond normal weight training — known as nonfunctional overreaching, a type of overtraining — and others took part in a more standard program. The lab analyzed hyaluronic acid present in the subjects’ muscles and found those who overtrained had a significant reduction in their muscle tissue, and they also experienced a reduction in power, a key performance component for athletes.

“Around the muscle, there’s a connective tissue matrix. That’s not new knowledge, but one of the components is hyaluronic acid,” said Andrew Fry, professor of health, sport & exercise science, lab director and study co-author. “There’s evidence in animal studies that it plays a role as muscles change shape. Hyaluronic acid acts somewhat as a lubricant, so having a critical amount is key to helping the muscle move and change shape as someone trains.”

Athletes and coaches have long used forms of overtraining as part of their overall strength training regimen, such as “two-a-day” football practices, Fry said. They’ve known that there is a temporary reduction in strength and power, but that generally they recover and eventually post gains in performance. The study shows, however, that hyaluronic acid plays a role in that process, and may help explain overreaching’s detrimental effects.

“Performance was very much impacted by this training, and the drop in hyaluronic acid accompanied that performance decrease,” Fry said. “Nobody progresses all of the time, but what we saw is the opposite of natural variation.”

Subjects who took part in the standard training program posted gains in muscle power, which combines strength and speed, both crucial elements for athletes. Their hyaluronic acid levels also stayed at a steady level, lending evidence to the substance’s role in helping skeletal muscles move and grow stronger through proper weight training. The overtraining group saw declines in the acid of as much as 34.5%.

The authors write that, to their knowledge, the study is the first to examine the role of hyaluronic acid in response to stressful resistance training and insufficient recovery of muscle. Further understanding the factor’s role in muscle recovery, strength and power adds to the body of knowledge about athletic performance, sport science and the most effective ways to design strength-building programs, by avoiding the mechanisms of poor training.

While the study primarily builds on the knowledge of sport science, it could also potentially influence other areas of medicine and rehabilitation such as physical therapy, rehabilitation or personal training. The Jayhawk Athletic Performance Laboratory is part of the Wu Tsai Human Performance Alliance, a consortium designed to study optimal human performance and leverage that knowledge into innovations throughout the human health spectrum. Members include Stanford University, Boston Children’s Hospital, University of California-San Diego, KU, University of Oregon and the Salk Institute for Biological Studies.

“We want to understand what happens when you push things, because that’s what athletes do, they push themselves to the limit,” Fry said. “When we understand how athletes’ bodies perform, that can help inform health and human potential studies in all sorts of areas.”